ANGELA Eylward has everything crossed for a successful trip to the Murray Grey National Show and Sale in Wodonga, Vic, this weekend.

It’s the second time the young stud principal will offer for sale a bull from her AJ’s Murray Grey stud, Lucindale, and this one has already been recognised as a “good one”.

When he was scanned in October, Josh had an eye muscle area of 102 square centimetres with seven millimetres each of rump and rib fat and intramuscular fat of 3.5 per cent.

“His mum is one of the first heifers that I got to start the stud with.”

Ms Eylward has had good success with Josh’s relatives.

His half brother by Falcoln was supreme exhibit at the Wagga Wagga Show in NSW, and maternal siblings have performed well with placings at Adelaide Show.

Ms Eylward will head to Wodonga on Friday and is hoping Josh will stack up against the interstate competition.

Last year, she offered her first bull at the national, AJ’s Elmo, who placed second in his class and sold to a commercial producer on the Yorke Peninsula. 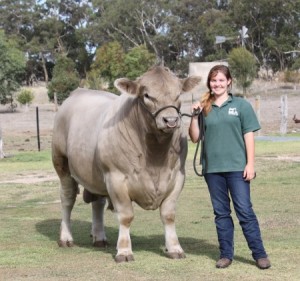 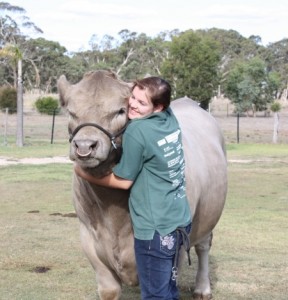