Steele Rudd Murray Greys exhibited a purebred Murray Grey calf at the 2015 North Coast National on 22nd Of October. Placing in the top 6 on hoof, the Murray Grey calf “Bond” came out with a fantastic 91.73pt Carcass to take out Reserve Champion Carcass, 0.4pt behind the winning carcass.
“Bond” was sold to Metcalf Quality Meats in Evan’s Head. Mick, owner of Metcalf Meats stated that the meat was “So tender, you could stuck it through a straw”.

A big thank you to Mick for allowing us into your shop to check out the carcass.

And a special thanks to the North Coast National Show committee for running another fantastic show. See you again next year.

And Thank You Mitchell Dundas for all you help preparing the cattle. 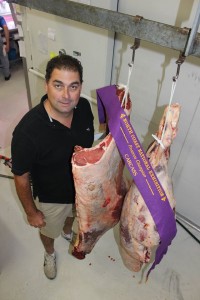 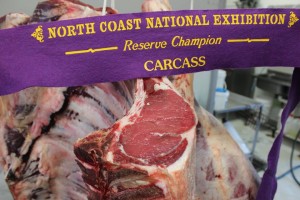 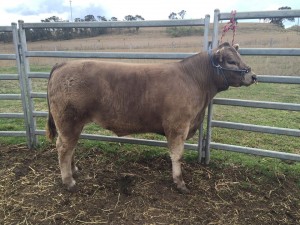 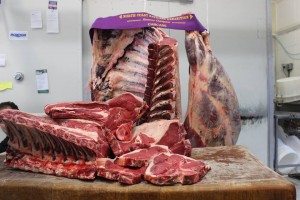