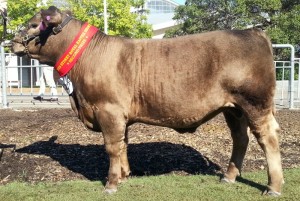 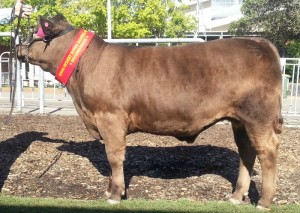 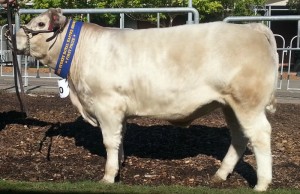 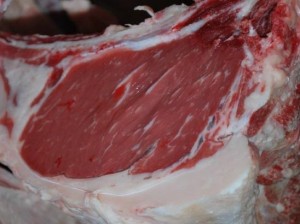 A heavyweight  Murray Grey that failed to place on the hoof has taken out the grand champion carcase trophy and picked up a gold medal in the process. The steer was exhibited by Lachlan and Kate James, Wallawong Murray Greys, Gunnedah. It scored 93.5 points out of 100 and its carcase tipped the scales at 303.Skg after dressing at 55per cent. The carcase measured 14millimetres of fat at the P8 site and scored maxi mum points for both rib eye area (REA) (116 square centimetres) and rib fat  (8mm).The carcase had Wallawong breeding all the way, being by Wallawong Ultra modern from Wallawong Miss Impressive 30. The steer’s sire also sired the champion school steer a t Adelaide last year.
Mr James said the steer had been on a barley-based ration for 95 days and his easy-doing character really shone through in his weight gain during that period. “I’d describe him as a commercially orientated steer and having a marble score 2 the eating quality should be there too,” Mr James said.
Courtesy Karen Bailey – The Land