50 years true to the breed

ROD Fawns Murray Greys have been at the breed’s ­national show for almost 50 years.

In that time he’s collected a swag of awards on hoof-and-hook, and even won a Prime Minister’s endorsement.

He was at Wodonga recently along with a bumper crowd to celebrate the breed’s 50th annual show and sale.

“We used to show our cattle at Melbourne among other places,” Mr Fawns said.

“Then one year we came home with a Murray Grey bull — Yarrabin Simon.

“When we put him over the Shorthorn cows we got the most magnificent calves, so decided to take up breeding Murray Greys ourselves.”

The Fawns’ Saber Murray Grey stud was born in 1965.

The following year the Australian prime minister bought a bull for $10,000.

“Our bull Saber Bogong was chosen by Gough Whitlam as a present for the Chinese … I think it was to try and increase the export of Australian cattle, but it didn’t’ have much of an effect at the time,” Mr Fawns said. 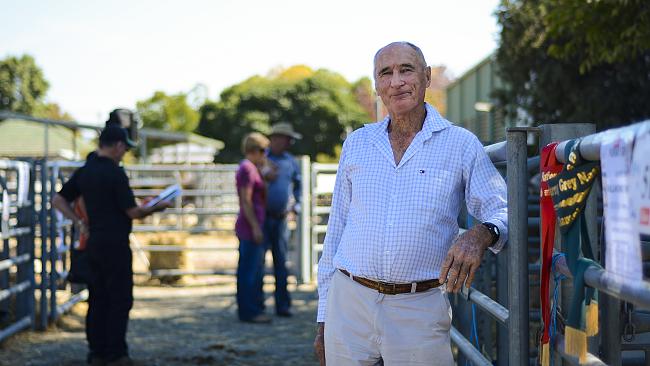