The Matthew George Young Stockman Award provides an opportunity for young breeders, aged 18 to 25 years, to undertake an overseas study tour of beef cattle breeding programs, developments and practices. They also act as young ambassadors for the beef cattle industry in Australia.

Created in memory of Matthew George, a young cattle breeder from the Lake Goldsmith Stockyard Hill area, this annual Award is offered nationally in July with the winner being announced at the Royal Melbourne Show.

2015 Award Recipients Jake Taylor from the Hamilton district and Josh McRae from Grahamvale near Shepparton are joint recipients of the Matthew George Young Stockman Award for 2015.

Jake Taylor
Having had his own stud cattle from the age of 10, Jake has been working on and managing beef and sheep properties in both NSW and VIC since leaving High School.
Jake is now concentrating on a digital imaging business, which completes independent AuctionsPlus assessments and conducts video bull sales.

Jake was a close friend of Matthew George whom he saw as a mentor and ‘older brother,’ and is honoured to be able to travel overseas to learn new agricultural systems, just like Matthew planned.

Jake plans to concentrate on performance recording whilst travelling to Canada and the US.  Some of the best in the business are in those two countries in terms of measuring important productivity traits and the emphasis they put on those traits when selecting new genetics.

Josh McRae
Josh has been involved with livestock from the age of 8 and is currently managing 300 head on 4 properties as part of his family’s operation at Grahamvale near Shepparton, Victoria.

Cattle are in Joshua’s blood and with his grandfather now retired he is aware that that the family operation is becoming more dependent on him to not only manage all aspects but to take over in the very near future as the business progresses internationally.

Josh is excited to have the opportunity to travel and inspect genetics, as well as feedlot operations and cropping in different environments.  He is also looking forward to visiting a number of Agricultural shows and immersing himself in the North American cattle industry, gaining knowledge and ideas to bring back to Australia. 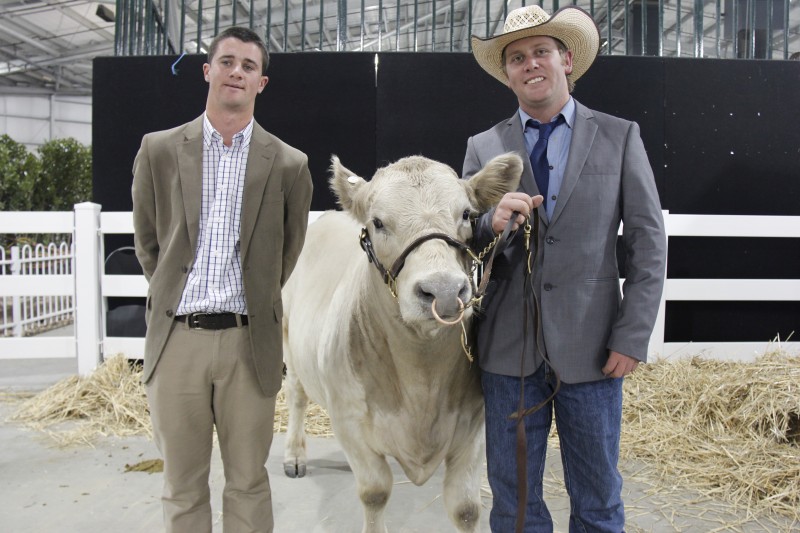