Exhibitors David and Sally Taylor, Wellcamp, were overjoyed with their wins, adding they were overwhelmed by the acknowledgement.

Both females are by Monterey sires and out of Baroona Park’s own Baroona Park Sarah, a well-known favourite in the Murray Grey stud world.

“I think it reflects our main focus on having strong, generational genetics and we put a lot of emphasis on the female side of things and it’s definitely paid off.”

Mr Taylor said the junior heifer was preg-tested in calf with the stud anticipating their return to the 2017 Royal Brisbane Show.

“You have to plan ahead.”

Located just outside of Toowoomba, the small Murray Grey stud will be entering seven of their bulls into the upcoming Murray Grey Advantage Sale in Roma this September.

Weighing a little over 900kg and with an average daily weight gain of 1.65kg, Linebacker is by Ondiong and out of Carlinga Tarella.

Led by Lyn Richards of Rouchelle Murray Grey stud, Muswellbrook, the outstanding young sire was praised by the judge for his unwavering strength and soundness for his age.

“This was easily the toughest decision I’ve had to make,” Mr Brown said. “I think the younger bull has that little bit more to offer.

“He’s got a moderate frame with a tremendous weight for age and he’s spot on with what we’re looking for.”

Mr Brown noted Linebacker held all the characteristics which would hold the future of the breed in good stead.

“This shows the clear direction in which the breed is going.”

The 922kg sire is by Monterey Showtime and out of Yallembie Gunsmoke with the judge adding the two year old showed tremendous soundness and doing ability.
Supreme exhibit Carlinga Linebacker is owned by Kym Carlton, Condabri, led by Lyn Richards, McCullys Gap. 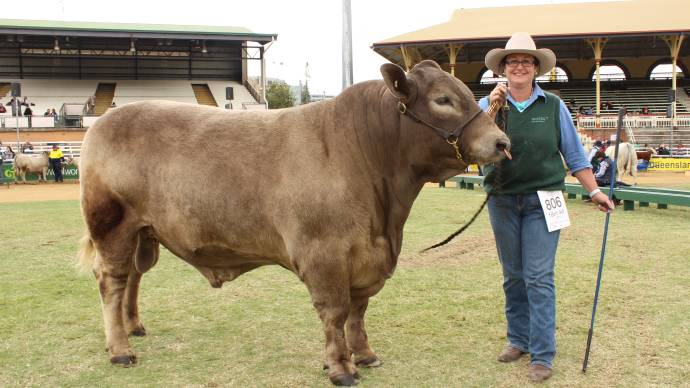 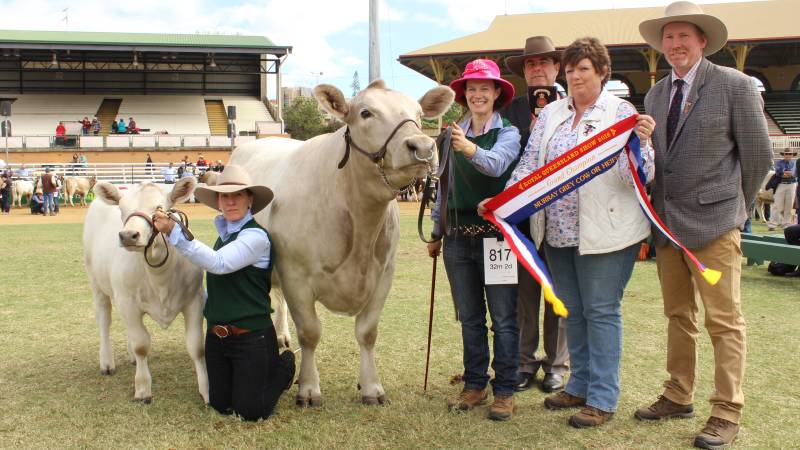