It was another successful trip for Forbes High School at the Canberra Hoof and Hook competition with the cattle team coming back with a number of ribbons.

The Limousin steers were in a huge group of 40 steers in the medium weight domestic class and were judged third and sixth on the hoof (live).

These two steers then placed fourth and 12th on the hook (carcass).

The Murray Grey steer was placed second in the Export steer hoof section and placed fourth on the hook.

The steers were not the only ones to perform well at Canberra with the students competing well in the Junior Parader’s Competition.

Konnor Ryan achieved a third in his U/15s heat, Jessie Alcorn achieved first in her heat and fifth overall in the hotly contested U/16s section, and Sally Downie achieved fourth place in the U/17s section.

“This is an amazing result again for our small state school against some of the best agricultural schools in NSW,” he said. 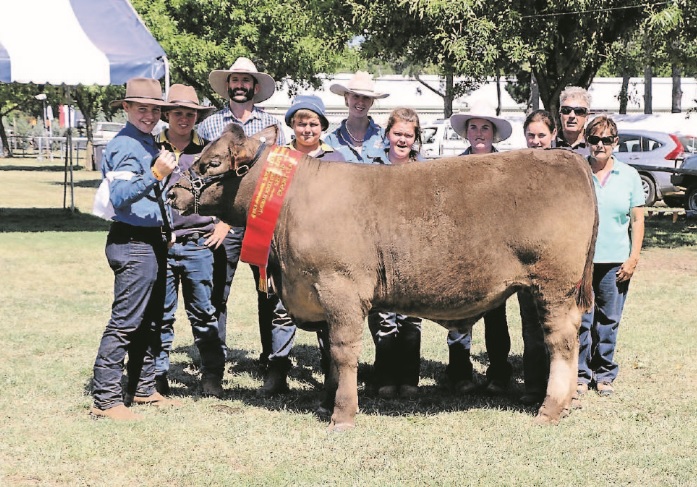