The Murray Grey breed made history in their golden anniversary showing at the Royal Adelaide Show, winning the coveted all breed grand champion pair for the first time.

All five interbreed judges had the two animals – a magnificent two and a half year old cow, Prairie Falls Kirrabel with twin heifer calves, and eye-appealing 28-month-old bull Ballyvaughan Katut K2 as the number one pick on their score cards. They won from 18 other breed pairs.

The female was exhibited by young breeder Crystal Lea Bell, Flinders, Vic while the 960 kilogram bull was shown by Steve and Katrina Sanders and family, Clare.

‘It is pretty overwhelming for such a small stud like ours,” Hannah Sanders said.

“We know the breed is suited to Australian conditions so this is highlighting that they are great cattle that meet the market,” Katrina Sanders said.

The popular win capped off a tremendous feature breed showing with more than 75 cattle from five states.

Prairie Falls Kirrabel was the pair’s greatest asset unanimously judged the all breed female and supreme champion exhibit in the final interbreed class.

Twenty-two year old Ms Bell from Flinders, Vic said the win was the highlight in her four years breeding and showing cattle.

“You can’t compare it, this is the highest you can get. Having a cow with twins so young is great,” she said.

It was the second year in a row a Murray Grey female has won the all breeds female title. 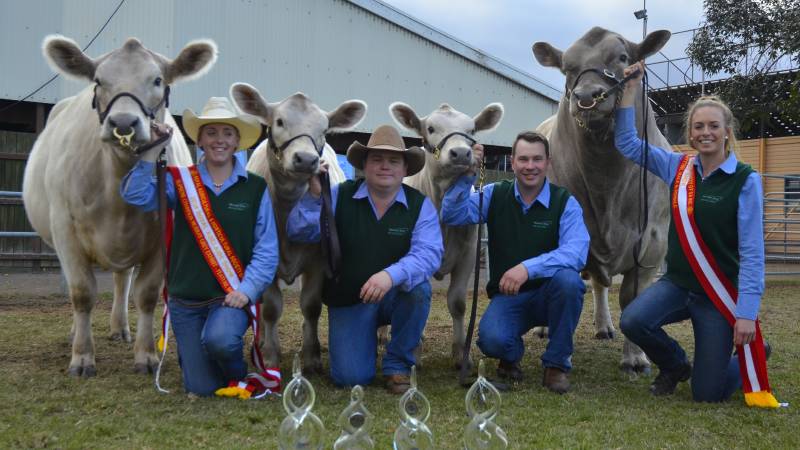