IT’S NOT often a beef farmer feels so strongly about an issue he puts fingers to keyboard and writes an opinion column.

But, that’s just what Dr Greg Walsh did in The Weekly Times recently, after he visited the World Food Expo in Milan, Italy, where he found Australia was not among the 145 countries featured.

“I was embarrassed when a Kazakhstan government official asked me why Australia was not participating,” Greg wrote in The Weekly Times.

“‘Isn’t food and beverage production important to Australia?’ he asked when I visited his site.”

Greg, however, is not your average beef farmer.

He and his wife, Teresa, run a herd of 100 Square Meater and Murray Grey cattle on 53 hectares at Cudgee, selling boxed meat to about 200 customers under the Great Ocean Road Beef brand.

Outside the farm, Greg has something of a double life. He promotes the food and beverage industry as a consultant, is on several boards including the Victorian Livestock Exchange and, for the past six years, has been chairman of Champions of the Bush, a group of 50 Victorian businesses and organisations working to champion regional and rural Australia.

“My work is consistent with what I’ve always advocated,” Greg says, “which is the importance of the food and beverage industry in Australia.

“I’ve always been interested in ways in which the industry can be improved and in particular the paddock-to-plate movement … it’s a sustainable way to farm, both commercially and in lifestyle terms.”

As such, Greg’s aim for Great Ocean Road Beef, in part, is to provide an alternative model of farming.

Greg and Teresa, who both grew up on dairy farms in western Victoria, came to the 53-hectare property five years ago through their involvement in the Victorian Livestock Exchange, a company dedicated to improving and expanding livestock sales through new yards and technology.

As a VLE board member, Greg was considering the land as a site for regional saleyards, but when the concept fell through, the couple bought the property for themselves.

After considerable research, Teresa, who is the herd manager, chose Square Meater cattle, starting with 12 animals. She chose the breed because being medium-framed, she says, Square Meaters are easy to manage, produce a high proportion of meat, make good mothers and have easy births.

“We didn’t want wild cows running over me and they have a lovely temperament,” Teresa says.

In more recent years they introduced Murray Grey cattle and now run a commercial herd of mainly Murray Greys and crosses, as well as their purebred Murray Grey and Square Meater stud, Glengarriff.

Stud stock are artificially inseminated in November and May, while bulls are used on the remainder of the herd in autumn and spring.

While not organically certified, the Walshes try to use organic methods where practical. The herd is grass-fed on pastures of clover and rye grass, with paddocks fertilised with chicken manure or compost, with the farm receiving an average annual rainfall of 850mm.

If it’s a particularly dry year the cattle are given supplementary bales of hay, cut on farm, and are also given bales in late May and June to maintain their condition.

Surplus cattle and the occasional bull are sold privately or through the Warrnambool saleyards, while the best steers are reserved for their Great Ocean Road Beef brand.

Selected Square Meater and Murray Grey steers, aged 15-18 months and weighing up to 400kg, are sent to the Koallah Farm abattoir, with about 20 slaughtered each year for Great Ocean Road Beef sales.

Cuts are sold in boxes of 5kg, 10kg or 20kg to 200 customers near Warrnambool and Melbourne, with the couple delivering in their refrigerated van.

Greg says they decided to try a boxed meat business three years ago after reading articles in The Weekly Times about how similar farms had improved profit margins using this model.

“It’s more important to be a smart farmer than a big farmer,” Greg says.

“Farming is a complex enterprise. Being smart is about understanding what the market requires, what technologies are available to deliver it and being efficient in the management of this.

“Consumers around the world want high value products and to know exactly where these come from.

“That is what we are trying to do here in a small way, it’s why we’re getting the interest we have received.” 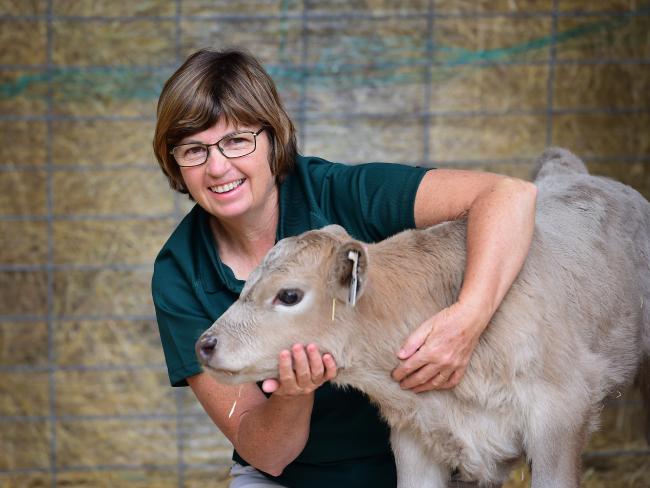 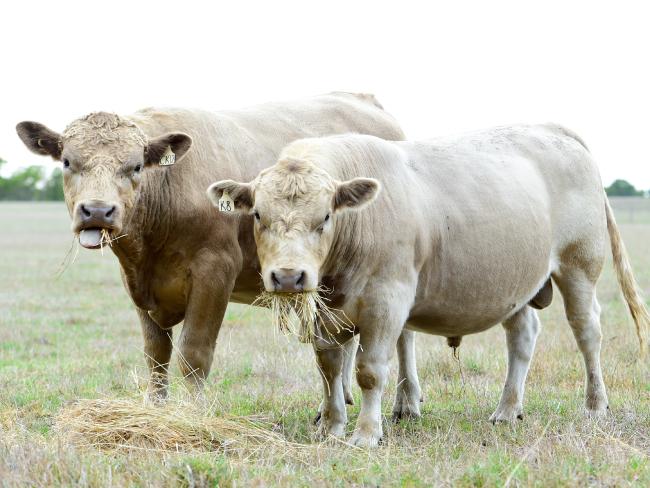 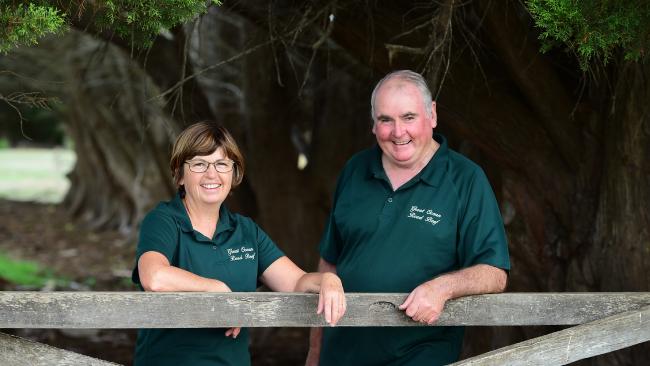