Landmark Shepparton livestock manager Brian McNamara reported that at last week’s sale, trade steers were fetching up to 380¢/kg and dairy cows up to 250¢/kg.

‘‘I’ve never seen it this good before,’’ Mr McNamara said.

He said a lot of cattle were presenting in ‘‘winter condition’’, however, not-quite-finished stock were still fetching more than the tops of sales 18 months ago.

‘‘Dairy cattle have been making up the majority of the yarding,’’ Mr McNamara said.

‘‘Others are selling because it’s too wet and farmers don’t want them pugging up the paddocks.

‘‘The major driving factor is that prices are really good.’’

Mr McNamara said the yardings were being propped up by dairy cull cow numbers but were still small compared to 12 months ago.

‘‘I’d hate to think what numbers would be like if there weren’t so many dairy cows coming through,’’ he said.

‘‘Some sales 70 per cent of the yarding would be dairy cattle.’’

The sell-off continues for cattle across the board, a good indicator for continuing high prices.

‘‘The national herd is down so it’s likely going to be high for a while,’’ Mr McNamara said.

‘‘The majority is going to processors and a few are going to feedlots. Not much is going back to the paddock.’’

‘‘I like Murray Greys. If you put an European breed over them, they come out very well.’’

‘‘I have very few stock left due to droughts and other hard times but I intend to bring in some choppers soon to take advantage of the good prices.

‘‘It has been a very wet season and with less numbers of stock, it has stopped my land from becoming too bogged.’’ 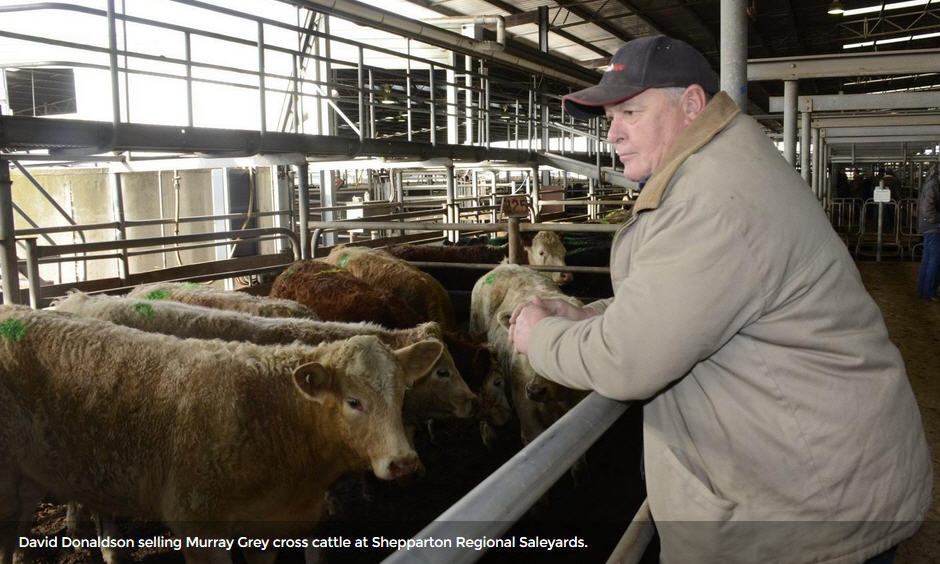