A UNANIMOUS decision by the five judges crowned a Victorian Murray Grey cow supreme exhibit at the Royal Adelaide Show on Sunday.

Prairie Falls Kirrabel and its twin heifers topped the feature showing of Murray Greys, which drew cattle from five states, celebrating the breed’s 50th year in the show ring.

Principal of Prairie Falls, Crystal Bell from Flinders, was thrilled to pick up the top gong of the show with the female, which previously won junior champion female at the Sydney Royal and reserve junior champion at the Melbourne Royal.

Ms Bell has been breeding Murray Greys for four years, and at just 22 is no stranger to the winners’ circle. But it was the 2½-year-old cow with six-month-old twins that got her a supreme.

Murray Grey and co-interbreed judge Richard Rowe, an Angus breeder from Marton in New Zealand, praised the soundness and maternal qualities of the cow.

The champion cow was also one half of the supreme interbreed pair, along with grand champion Murray Grey bull Ballyvaughan Katut from the Ballyvaughan stud of Clare, SA, which was also a unanimous decision by the judges.

Supreme bull of the show was exhibited by the Baker family of Furner’s Woonallee Simentals.

Woonallee Lady Killer L15 weighed in at 860kg, with an eye muscle area of 134 square centimetres, and was also the supreme Simmental exhibit. 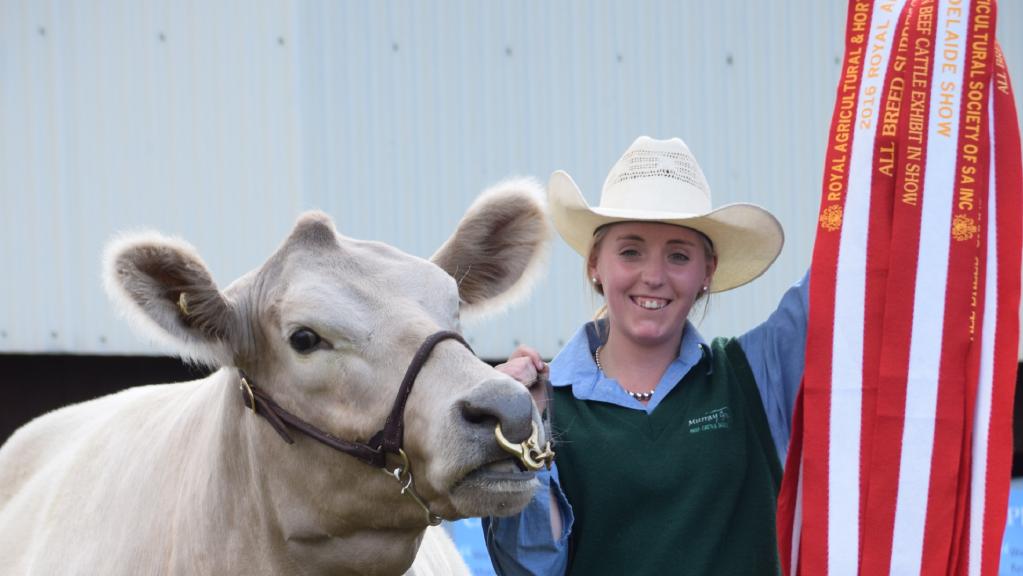