By Jamie Brown
Courtesy The Land

When his grandfather Sydney Steel bought undeveloped land on Mooball Creek back in 1906 it was stocked with Australian Illawarra Shorthorn dairy cattle while Mr Steel, a bank manager at Murwillumbah, designed a drainage scheme that would later yield excellent sugar cane country.

Cane on 110ha remains the Harbisons’ main income, with Brian’s son John excelling on that part of the farm.

But cattle, on the balance of the 330ha property, are an important element of the partnership, with 200 breeders taking advantage of kikuyu on the peat soil flats and setaria on the hills.

The shift from dairy to beef came in 1970 when the farm abandoned the cream industry with Hereford over AIS as the first cross to beef production.

Over the next 15 years he registered 108 stud Murray Grey cattle and was proud of their performance.

But by the mid 1980s the Harbisons veered away from Murray Grey to experiment with Brahman infusion at a time when the breed was making great inroads into North Coast production.

The resulting F1 cross, thanks to a silver Brahman bull from Ian and Gretta Rhodes, produced calves with good frame and vigour, but over time the desire for better meat eating quality brought the family back to Murray Grey.

These days a bull from Wendy MacDonald, Hideaway Park, provides modern vigour for calves sold as weaners straight off their mum.

“When we purchased the bull we were looking for conformity and we are happy with the result,” said Mr Harbison.

“We moved back to Murray Grey because we were looking for quality.” 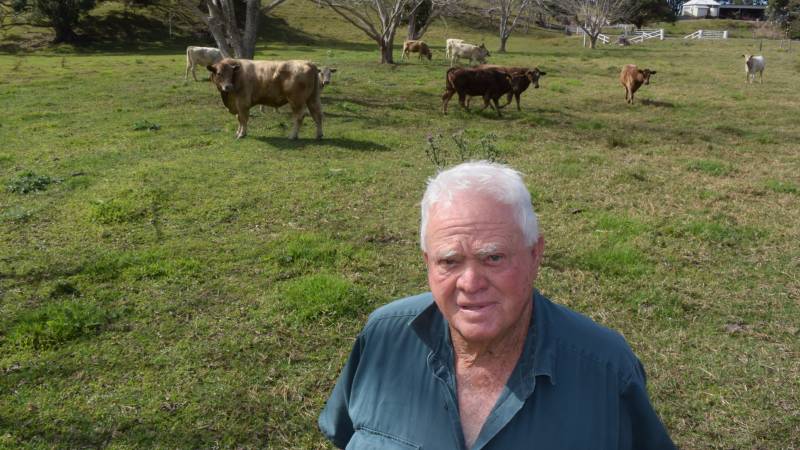