Melinda Kent, Kentsie Murray Greys, Labertouche, knew she had a handy heifer, but she did not expect it would top the breed at the Royal Melbourne Show.

Ms Kent showed for 28 years and then had three years away to concentrate on a new small business and herd expansion.

It was a triumphant return, when the heifer Kentsie Heather L590, exhibited by the Siekman and Kent partnership, won junior female, grand female and then supreme exhibit.

The March 2015-drop heifer was the only animal Ms Kent had at the show.

“She’s a beautiful, handy heifer typical of what I’ve got at home – a maternal, volume heifer with good feet,” she said.

“At best, I thought she’d win her class.”

The heifer was by Kentsie Shaker, of whom Ms Kent has retained a quarter semen share after selling it to the Beeamma Murray Grey stud, Western Flat, SA.

The heifer beat the McRae family’s bull Dajory Longreach, who was also a a junior animal being a September 2015-drop. 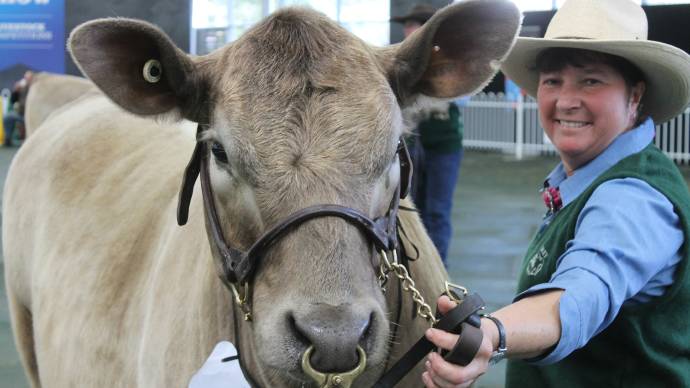 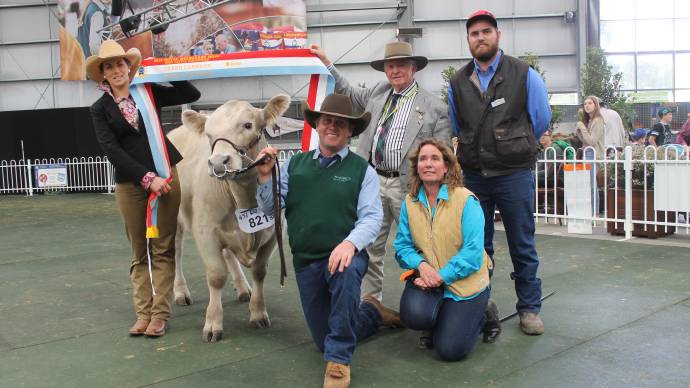