By Stephen Burns
Courtesy The Land

Dayna Grey, from Sheffield, Tasmania, has grown up with Murray Grey cattle, and she is now keen to start her own stud.

Ms Grey purchased six A Grade Embryos to be flushed from Bundaleer T.T. B33 when the outstanding Murray Grey cow is joined to Wallawong Ripsnorter, for $1200 each.

The current Murray Grey Junior Ambassador, and champion herdsman during the Clipex 50th National Show and Sale, Ms Grey said her aunt has a Murray Grey stud, and she was keen to follow the family example.

“I like the Murray Greys for their carcase attributes, and all-round functional ability,” Ms Grey said.

As junior Ambassador, Ms Grey said she wants to create more interest in the breed among her peers.

“It is very exciting to be a part of a wonderful breed, where we are all getting support from the stud breeders,” she said.

Bundaleer T.T. B33 was purchased by Mr James as an older female, and she was shown at the Royal Sydney Show as a nine year old in 2015.

“She was grand champion at the show,” Mr James said.

He went on to point out her defining characteristics, noting her femininity as well as carcase traits.

“She has great depth of body, with length and balance,” Mr James said.

“And a great temperament, with excellent sleek hair type and soft skin.”

Mr James said the latter traits are important for heat tolerance and indication of meat quality.

He also complimented Ms Grey on her success during the Clipex 50th Murray Grey National Show and Sale, and said she will get a lot of support from breeders in establishing her stud.

National Show and Sale Committee, chair, Bryce Whale, Glen William, said the mentoring of young people is important for the future of the breed.

“We had 70 young people competing in the youth program, from all states except the Northern Territory,” he said.

“There was a lot of interst during the sale from young buyers.”

Mr Whale said the fostering of the youth program allowed a lot of Murray Grey breeders to support the next generation in maintaining the standard of the breed. 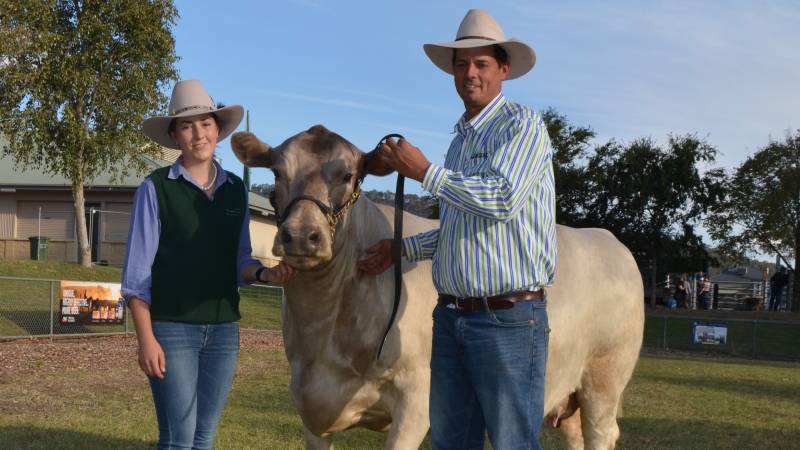