PRICES were in step with the elevated mood at this year’s Murray Grey National Show and Sale.

Female prices were also on the rise to average $3601 across the 27 lots sold, with a standout performance by heifer Cratloe Linda L17.

The gallery applauded when the 13-month-old champion unled female ribbon-winner was sold to Williams River Cattle Company for $8000 after keen bidding.

She was pursued by bidders for her lengthy carcass and high growth rate Estimated Breeding Values.

All but two of the 22 bulls sold, while female clearance was four short of the 31 lots catalogued.

Topping the sires was Arki Judgement J99, which sold for $12,000 to GI and KL Buick, Ondiong Murray Greys, Dorrigo, NSW.

The 30-month-old silver bull weighed 980 kilograms and was sired by Arki Edward E38.

It was in the top 10 per cent for Breedplan growth traits and had an eye muscle area of 136 millimetres. It was the best price the sale had recorded in many years.

LE and KA James sold six embryos parented by Wallawong Ripsnorter and Bundaleer TT B33 for $1200 each to Tasmanian producers LJ and AJ Grey, Sheffield.

“Cattle sold from Western Australia to Queensland — there was strong support from everywhere,” Mr Godbolt said.

“I think Murray Greys are on the rise again after a lull in the last few years. They’ve put a lot into their marketing.”

He pointed to the jump in registered bidders from 30 last year to 80 this year as part of the success.

“Most people bidding were people who hadn’t been buying for a few years and come back, and some new people as well,” he said. 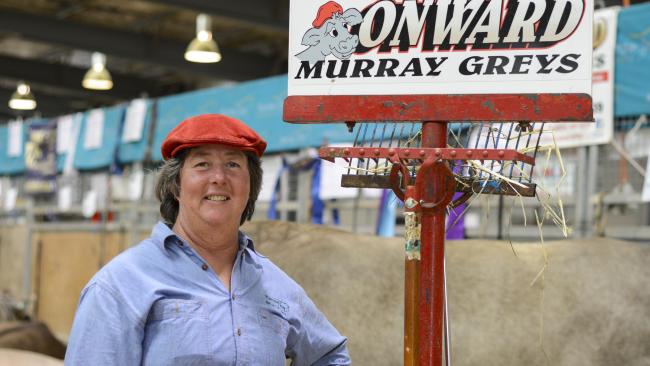