Time of the gentle greys is coming

It’s the middle of winter in the misty, chill hills on the way to Kawhia but you’d never know it looking at Micheal Phillips’ murray greys.

They’re looking a million bucks. Seal fat and well-content – from autumn calves up to the strapping big sire bulls. A sight for sore eyes compared to some livestock doing harder time in this western corner of the Waikato.

Shirt-clad Phillips, like his cattle apparently impervious to winter, farms a registered murray grey stud herd and a commercial herd on 250 hectares in the Honikiwi district, along with 150 non-murray grey heifers bought as weaners and destined for the prime meat and store markets, and 600 romney and coopworth ewes.

Phillips, 26, has farmed his medium-to-steep slice of this country pretty much alone since he was 19. Given his obvious pride and enjoyment in it, and the property’s panoramic beauty, it is little wonder he’s called his murray grey stud Paradise Valley.

Rotorua-born and Te Anga-raised Phillips leases the property from his parents Kevin and Judy who farmed sheep and beef west of Waitomo until 10 years ago. They no longer farm and bought the-then gorse-riddled, undeveloped and unfertilised property to provide a start for their son, who says he’s been keen on farming “since I could walk”.

Dad Kevin “didn’t think much of murray greys” back when the breed caught his son’s eye as he was hunting for cattle to finish on the newly-bought hill country farm. On the lookout for simmentals, young Phillips saw a Wellsford, Northland murray grey stud advertising on TradeMe.

“I like the colours and the shape,” he says of the angus-shorthorn cross cattle which originated in the Murray River valley on Australia’s New South Wales-Victorian border and have long been a breed in its own right, noted for docility, easy-calving, fast growth and tasty, premium meat.

Phillips, who served his cattle apprenticeship on Paul Grainger’s charolais stud at Te Kuiti, started with a purebred murray grey yearling bull, slowly buying in 15 pure-bred in-calf heifers and cows, and keeping all good heifer calves as replacements. This year the farm will calve 90 animals with 130 cows and heifers going to the bull. The stud and commercial females are run together.

Paradise Valley stands three sire bulls aged two to four, and this year had available 11 yearling bulls – seven of which have been sold to dairy and beef farmers.

Phillips’ aim is to get bulls to 500kg at 400 days old. His goal is in two years to hold an annual bull sale when he will be able to offer at least 25 young bulls.

“Murray greys suit my property, they have a low centre of gravity which is good on the hills, a good shape and they hold condition. They’re great milkers, they’re polled, they’re easy to finish and a pleasure to handle,” he says, noting the breed’s easy-calving trait can quickly turn around a dairy or beef farmer’s calving problems.

Conversely, this superior trait may also have held back the breed’s advance in New Zealand, believes Phillips, a new councillor with the New Zealand Murray Grey Beef Cattle Society, and hell-bent on raising the breed’s profile again.

Murray greys enjoyed some popularity and focus in the 1990s, to the extent of having their own stand at National Fieldays, but Phillips believes dairy-cross bulls sold under the name of murray grey “ruined it” for the breed.

Under his shepherding, the society’s magazine, previously a non-event because of its Christmas publishing date, now comes out in April when breeder sales are imminent, and the national murray grey stock sale is cranking up. Last year the sale received four bids. This year it attracted 60, he says.

Ease of farming is important to Phillips – he farms alone, except for one dog and a contractor to make hay baleage annually on the farm’s small area of flat land.

Phillips does his own shearing in November and April on the Maeroa ash and clay soil farm and built the farm’s big yards himself – his dad helped him build the large new woolshed.

Breaking pasture down into manageable-sized paddocks has been a major task – two paddocks are still 40ha each, that’s where the commercial murray grey herd winters – along with lifting pasture fertility and erasing gorse.

Water’s not a problem.

“There are springs everywhere. But the downside is they can make swamps that stock get in and we can’t get them out of.”

Phillips’ says the farm had not had fertiliser applied for many years when his parents bought it.

The family’s applied 540kg of superphosphate plus trace minerals each year since then, in recent years reducing that to 320kg a ha.

Lambing starts mid-July with the aim of finishing by the end of August,” Phillips says.

“I aim to get docking done within two weeks after that and then calving starts mid-September.”

The aim is to get lambs away for killing in December. He’s achieved it once, but weather is always the decider.

On the question of profitability, Phillips says the farm is holding its own but it has carried 40 first-time calvers through this winter without earning any income from them which depresses the numbers on the balance sheet. Autumn-calving won’t continue.

He’s optimistic about the future of the murray grey breed and Paradise Valley Stud.

“I’m aiming for medium-frame, smooth-shouldered (for calving ease), nicely balanced animals. Hopefully one day, we’ll be producing all our own animals. I’d like to be selling 40 bulls a year with the tail-end killed and the same with heifers.”

In the not-too-distant future Phillips would like to be selling Paradise Valley-branded grass-fed beef at farmers markets.

Information about eye muscle quality and other meat quality measurement data is becoming increasingly important in beef breeding, along with consistency of beef quality, he says.

Phillips’ ultimate aim is to own a 1000-acre beef and sheep farm – preferably with two homes so his parents can join him.

“I love my beef cows. I’d love to have 250 or more and if I could get to that and have enough bulls to do a sale and culls to sell, that’d be the goal.” 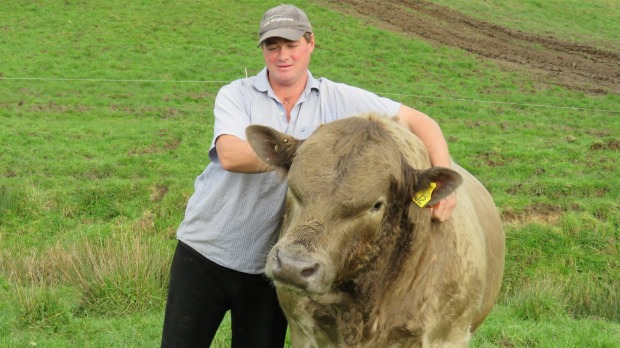 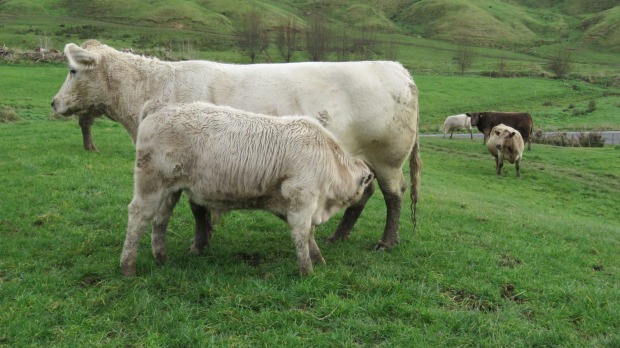