While a wet start to spring has been welcomed wholeheartedly across Queensland vendors at the Grey Advantage bull sale in Roma on Monday were wishing the most recent rainfall bands had held off a few days.

Buyer numbers were down significantly however David and Sally Taylor, Baroona Park, Wellcamp, and their daughter Kathryn Taylor, Kingsgrove, Holland Park, saw success in the sale of six bulls with two of their exhibits sharing the top price of the sale at $9500.

Lot 5, Baroona Park Prince, sold to Alan and Malvene Logan of Highfields. The 21-month-old sire offered and eye muscle area of 122 sq cm and a scrotal circumference of 38cm.

The Logan family purchased two bulls at the sale for an overall average price of $6500.

Next in line, lot 6 Kingsgrove Finnigan was bought by Darryl Flett, Hopevale, Chinchilla.

Mr Flett said a purchase price of $9500 was more than he hoped to spend on the 850kg bull but prices were a sign of the market.

“If you want a good bull you’ve got to be prepared to meet the market and he was a good young bull that fit into the category I like,” he said.

“When he reaches two years old he’ll weigh about 900kg which is where I like them. He’ll go into my commercial breeding herd with progeny going into my small on farm feedlot.

“He’s got length, depth and width and when you put it all together that’s what I’m looking for and what processors are looking for.”

With a 100 per cent individual clearance the Baroona Park/ Kingsgrove team achieved an average sale price of $7500 with Kathryn Taylor selling one of the top priced sires and an equal second top priced bull for $9000.

Sally Taylor said the family was very happy with their result yet they had hoped the overall sale result would be better.

“There just weren’t the number of buyers here that we’re used to and we can only put that down to the weather as quite a few couldn’t get here,” she said.

“The rain is no doubt helping the market and we can be thankful for that. We had at least three repeat buyers which was also pleasing.”

JA Dries, Marouga, St George, was the biggest volume buyer at the sale picking up four sires for a top of $7500 and an average price of $4500. 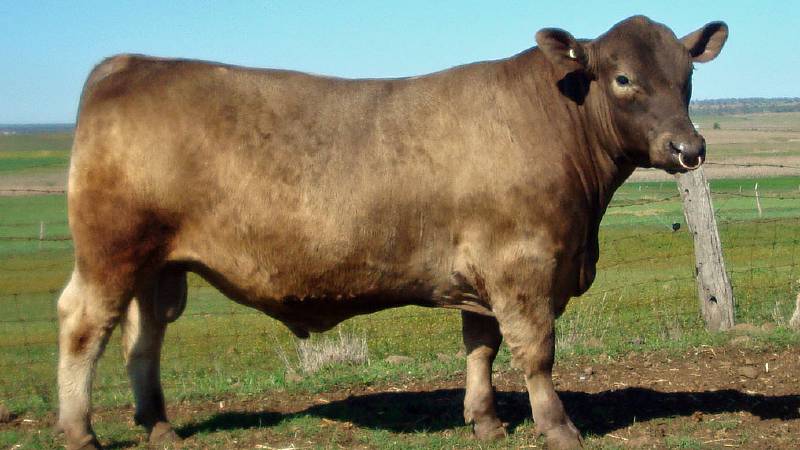