The outstanding beef cattle seedstock available in south-east Australia will be on display again with 200-plus studs opening their properties for the 26th Stock & Land Beef Week from January 27 to February 4.

Beef Week is the biggest event of its type in Australia.

Prospective purchasers will get the chance to see top beef cattle up close as the studs throw open the gates on their properties.

Increasingly, Beef Week is attracting many international cattle industry people keen to discover what the Australian seedstock industry has to offer, especially in the British and European breeds.

Australian seedstock producers have been astute in sourcing the world’s best genetics and now the world is coming to Australia to find superior genetics.

As many as 5000 bulls from 30 breeds will sell during Beef Week or at on-property autumn sales in the following weeks, in transactions that will put something like $30million into the pockets of Beef Week exhibitors.

Beef Week Committee chairman Daryl Pearson urged seedstock producers considering becoming Beef Week participants to get around as many Beef Week properties and as many breeds as possible this year and find out what the successful studs are doing to attract visitors.

‘‘While the Beef Week formula is tried and proven, the introduction of the RASV Heifer Challenge has proved to be highly successful,’’ Mr Pearson said.

‘‘Those who have been fortunate to make the final 10 and those who take out the championships and reserves have commented on how the exposure has increased demand for their cattle.’’

Beef Week director Geoff Phillips, who has been involved with the event for more than two decades, predicted increased buying activity during Beef Week and at the autumn on-property sales this year.

‘‘Following a good season and exceptional beef cattle prices, stud and commercial producers are investing in the best genetics they can find,’’ Mr Phillips said.

‘‘While the requirements of bull buyers are varied, Breedplan figures, raw data, polled-ness, temperament and reputation of the vendor come through as major issues.’’

Beef Week exhibitor lists and open day maps can be found at: www.beefweek.com.au

The Beef Week book is available at participating properties on their Beef Week open day. 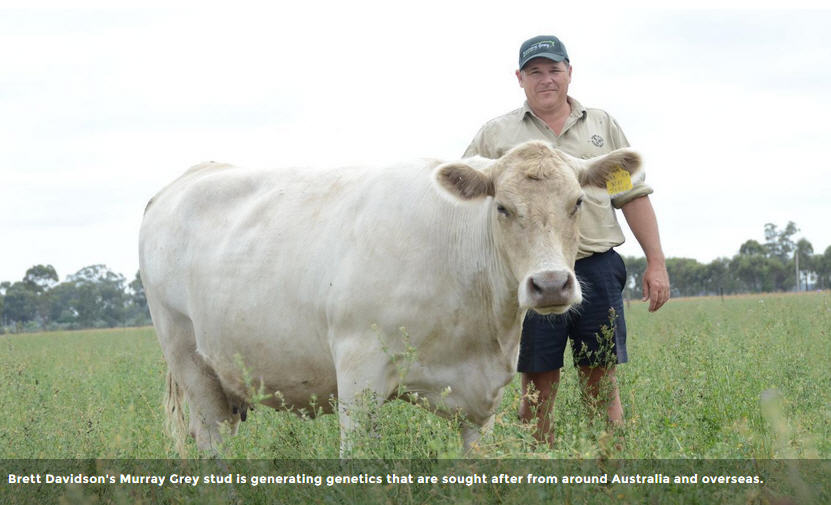