AFTER tragically losing her husband, Kaylene Wonka was faced with running the couple’s cattle property alone while dealing with her grief.

But after being named one of Queensland’s most outstanding beef producers, the future is looking bright for the Chinchilla grazier.

“I needed this to turn things around for me,” MrsWonka said.

“I was having trouble getting over the death of my husband and this is really what I needed to help pull me up.

“I’m going to make this my positive thing and try to move forward.”

Every year, Mrs Wonka produces more than 100 head of grass-fed murray grey/ angus cattle for the Meat and Livestock Australia’s Meat Standards Australia program on her 640ha property at Pelican, near Chinchilla.

Mrs Wonka was recently named one of three finalists in this year’s MSA Excellence in Eating Quality Awards for Queensland and the Northern Territory.

It’s an achievement that has put a welcome smile on her face and one she said would have made her late husband Darryl “very happy”.

“It felt really good. It’s the best I’ve felt in over two years – two years and three months,” she said.

“It’s hard to explain, it’s just something I needed to pull myself up.”

Shortly after they were married in 1988, the Wonkas established their property, Blue Poles, and built it together until Mr Wonka’s unexpected death in 2015.

The Wonkas registered with the MSA in the early 2000s. The awards recognise Australian beef producers who have achieved outstanding compliance rates to MSA specifications and standards, as well as high eating quality in accordance with MSA index standards.

The couple spent years working to develop a tailored approach to producing MSA standard beef but Mrs Wonka is tight-lipped about the secret to their success.

“There is (a strategy) – we worked for years to get it the way that we’ve got it,” she said.

“We have a special Wonka premix. Years ago we got a nutritionist to set it up to what we wanted, because if you’re grain feeding there is lots of problems you can have and you have to get it right.”

Despite her success, MrsWonka said she didn’t expect to place in the top three most outstanding cattle producers in the state.

“I didn’t know until about a month ago, until I got a phone call,” she said.

“When they came out last week, he pulled out his laptop and pulled out all my graphs and my cattle are above the national average. 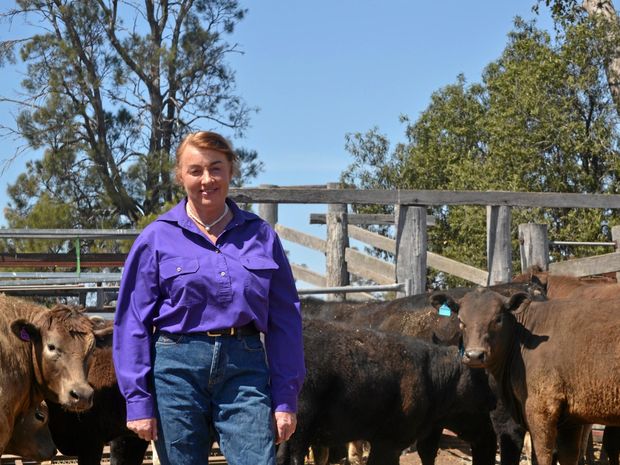