Good genetics and increased weight gains off grass are helping the Edge family from Casterton, western Vic, achieve some of the nation’s highest eating quality beef.

In the recent Southern Grassfed Carcase Classic, Edwin and Linda Edge, with son Owen, had the highest ranked animals for the trait.

Five of the Edge family’s Murray Grey carcases had an average Meat Standards Australia index (a measure of predicted eating quality) of 65.38 – putting them in the top 5 per cent nationally.

These were among 74 animals that Phoines Pastoral Company delivered to Teys Australia’s Naracoorte abattoir in mid-November.

The two truckloads averaged 680 kilograms to 690kg liveweight at two years of age.

Their average MSA score was an impressive 60.6.

Owen says it is very satisfying to see their management changes are paying off in carcase quality.

“We haven’t really selected for it (eating quality), but it is good to know it is there,” he said.

Since returning to the farm five years ago, Owen has worked hard to grow more grass, renovating paddocks with new superior later-season, higher metabolisable energy varieties such as Base ryegrass and Holdfast GT phalaris.

“We are getting the basics right with soil testing and fertiliser input changes,” he said.

As well as higher weight gains, the Edges have decreased the incidence of dark cutting in their sale cattle.

The 1000 Murray Grey cow herd are run on the home property at Casterton, while the growing and finishing of stock takes place on another property near Dartmoor, Vic.

“We turned off the most kilograms of beef we have ever last year because the season was good and our steer weights were up a long way,” he said.

Owen says eating quality is the key to the Australian beef industry’s future.

“We can’t compete with lower quality, cheaper beef, but if we can market our beef a bit better in terms of eating quality, there are plenty of opportunities,” he said. 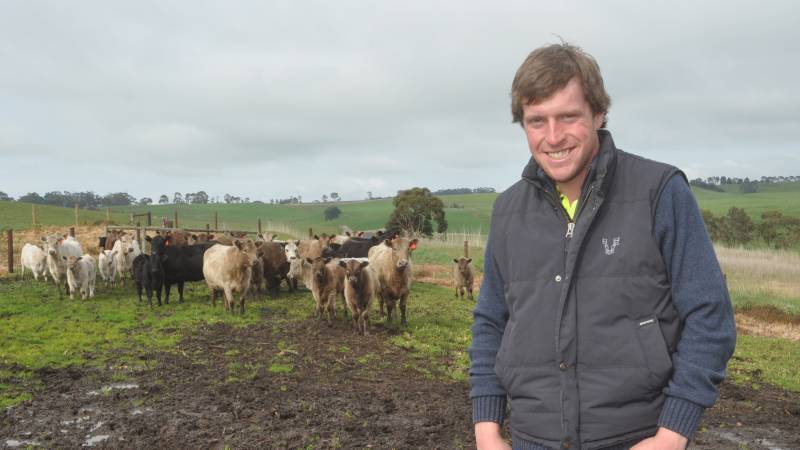