Mentoring the next generation of cattle breeders

Annika Whale is passionate about introducing the millennial generation to the joys of cattle breeding and handling.

At 23 years of age, the Murray Grey breeder from Clarence Town, NSW, has been at the forefront of engaging a large youth membership to cement the breed’s future.

Annika uses a vast array of tools to achieve her goal – from scholarships and junior stock shows to social media and one-on-one mentoring.

With a Bachelor of Agricultural Science under her belt, Annika is now completing a Bachelor of Teaching on-line with the aim of becoming an agricultural teacher, while working full-time on the Glenliam Farm Murray Grey stud.

She helps manage the stud’s large show teams for Canberra, Sydney and the Murray Grey National Show and Sale, including a draft of heifers for young cattle handlers competing in the 2017 Woodburn Murray Grey Junior Stock Show on April 21-23.

Annika spearheaded the debut of the junior stock show as an integral part of the program for the 50th Murray Grey National Show and Sale at Wodonga in 2016.

A youth committee was appointed with the aim of making it a “spectacular event’’, and organized three days of workshops, scholarships, cattle handling, judging and parading.

Annika, as the inaugural president, was a driving force behind the event with the help of state representatives, the National Show and Sale committee and Murray Grey Beef Cattle Society.

The event drew 70 competitors, aged from five to 24 years, from every state except the Northern Territory.

This year, a highlight will be the National Woodbourn Murray Grey Youth ambassador competition held in conjunction with the 51st Murray Grey National Show and Sale.

The winner will receive a six-week trip to Texas, $1000 towards a study tour, $1000 towards the purchase of a Murray Grey heifer and the role of associate judge at the 2018 National Show and Sale.

She will also act as a host to the New Zealand Murray Grey Beef Cattle Society ambassador Sammy Singh during her tour of Australian herds on April 4-25.

Annika has a direct involvement with the youth program at the annual Scone Beef Bonanza, which draws 800 young entrants parading up to 300 steers.

“I have always enjoyed mentoring younger children,’’ she said.

“I was lucky enough to be leading cows when I started walking and showed my first cattle at age four.

“Murray Greys have been my passion since I was born – I was paired with older kids to learn how to show cattle and now it is my time to give back.’’

Annika mentored three young local children with a fear of cattle. She encouraged the children to handle some quiet Murray Greys and has spent a few years teaching them cattle handling and parading skills.

“They now can’t get enough of it and one of the girls won the highly competitive primary schools section at Scone Beef Bonanza,’’ she said.

“It has been really rewarding to see them come through the ranks and grow in self confidence – they are now happy to help their parents with cattle work on the farm.’’

Annika said the support of senior Murray Grey breeders was critical when it came youth engagement.

“The helpful attitude of breeders is definitely worth it when you see the joy and smiles on the faces of children,’’ she said.

Annika established her own stud, Double A Cattle Company, on her 21st birthday with a gift of registered heifer, Glenliam Farm Antoinette J27.

Today, she has five females but the stud’s journey has been a chequered one.

Antoinette J27 broke her leg a few weeks before calving but gave birth prematurely to a bull calf before being put down.

A replacement female, Glenliam Farm Antoinette K97, was among 60 animals to be swept downstream in the floods of 2015. The heifer had been given up as lost but was identified in a mob of weaners 20km downstream six weeks later.

Annika went on to buy two heifers out of the National Show and Sale from Dajory and Saber studs, plus females from Ayr Park and Cratloe.

“I aim to breed animals with structural soundness and adequate muscle yet retaining feminity, milk and positive fat,’’ she said.

“We live on the coast and the breed’s heat tolerance is an advantage, along with the temperament, doability and ease of management.

“They are one of the best muscled of the British breeds and boast high meat eating quality.’’

“The Murray Grey cross well with Bos indicus females to result in progeny with plenty of muscle and increased Meat Standards Australia Index compliance,’’ she said.

Annika said grainfed steers from Glenliam Farm were supplied into IGA stores at Clarence Town, Dungog, Gloucester and Hawks Nest to give consumers the option of locally sourced beef.

She said the future of Murray Greys was assured with a large group of millennials, or Gen Y, passionate about the breed and “in for the long haul’’.

“Schools are interested in using Murray Greys in their show steer programs and the breed promotion group has been working closely to supply schools with animals and rations,’’ Annika said.

“Females are the breed’s strongest advantage with Murray Greys ideal for crossbreeding.

“We have people queuing for replacement females a year in advance, especially now herds are rebuilding.’’

As the president of Murray Grey Youth, Annika is busy organizing the scholarships for the year.

She believes social and digital media will be pivotal platforms for driving demand in the future.

She points to many senior breeders using social media innovatively and setting trends for the breed.

Annika said social media had enabled more youth to engage with the breed and it was now the primary medium for young members to have their voice and views heard. 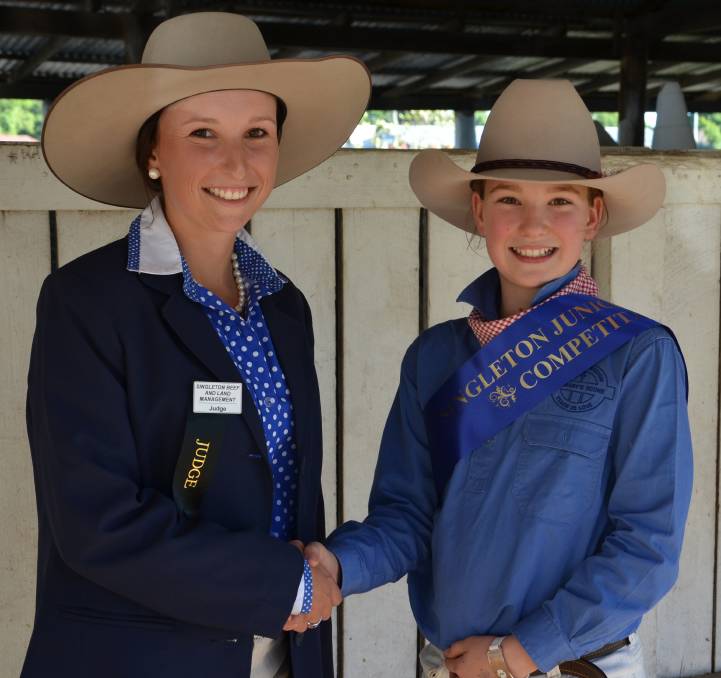