Warwick district cattleman, Ben Drain, Ascot Cattle Company, certainly had his work cut out when he officiated in the Farmfest Led Steer and Heifer competition.

With $8000 and prizes up for grabs, and 171 quality steers and heifers to judge, it was the 16 month-old Murray Grey/ Limousin steer weighing 598kg, Chunkey Monkey who was sashed the champion steer of the competition.

Owned by Anthony O’Dwyer of GDL, Dalby, and shown by his younger brother Ben, Chunky Monkey had been bought through the Dalby Saleyards as a calf, last year.

Ben broke him at a 180kg, and focused him on the show circuit this year, and he was champion steer at Clifton and Cooyar, and reserve champion at Allora.

Ben described the win ‘as pretty good’ as up until this win the best result at Farmfest has been reserve status.

Chunkey Monkey will now compete in the led steers hoof and hook competition at the Ekka.

The judge described Chunkey Monkey as not extreme, and was good in the right places.

“He has a beautiful carcase, with softness,” Mr Drain said. 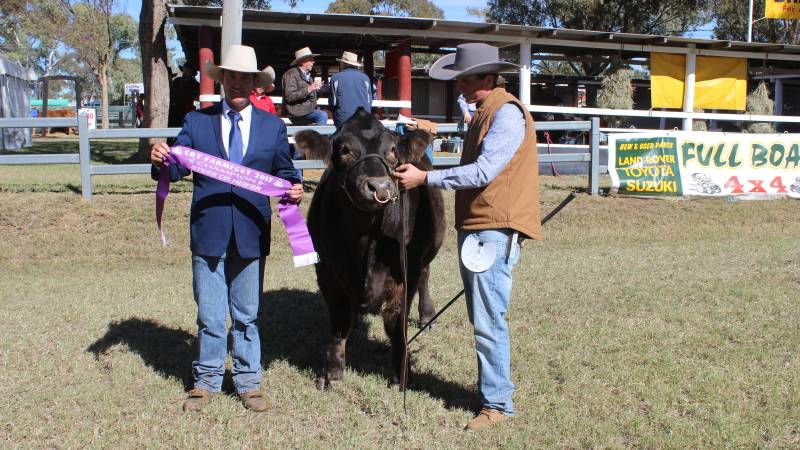