The breed’s temperament and carcass quality will mean the Murray Grey could take advantage of the live export trade’s increasing focus on meat eating quality, according to Western Australian producer Dale Park.

Dale and his wife Marian farm the 1619ha property, “Wandamurra”, at Badgingarra, 200km north of Perth, and have turned off Murray Grey bull calves to feedlot markets in Turkey and Israel for more than 15 years.

The last consignment of bull calves sold for an average of 360c/kg or $900 on-farm (for cattle up to 300kg liveweight) through Livestock Shipping Services.

“The price of young bulls while its quite good, it’s not that much above what we have been able to get for 400-500kg steers so we are watching what the feeder market does.

“Young bulls will go over 300kg quite quickly, resulting in a drop in price, so the heavier cattle are better off being sold into the steer market.’’

According to the WA Department of Agriculture and Food, Israel consumed 15 per cent of the state’s live export trade in 2016, and Turkey five per cent.

Mr Park said the live trade had been consistent over the years but the downside was on-farm bull management.

He said the breed was also a good fit on the export market with an increasing focus on carcass quality.

“They come into their own when graded on the Meat Standards Australia Index,’’ he said.

A decade ago, the couple ran a mixed sheep and cattle enterprise, comprising and 3000 Merino ewes averaging 18 micron and a commercial Murray Grey herd of 200-250 breeders.

“The grass seeds were becoming an issue in the wool so sheep were gradually phased out by 2012 with the aim of building to 500 breeding cows,’’ Mr Park said.

His election to the position of president of WA Farmers in 2012 also prompted a more consolidated enterprise for ease of management.

Dale is a second generation Murray Grey producer with his father Humphery Park taking on the breed in 1970.

The traditional market for almost two decades has been the live export trade for around 100 weaned bulls a year to Turkey and Israel for lot feeding.

Calves not making the weight are castrated and sold into the feedlot market at 12 months of age.

“I’ve always tried to turn off young (male) cattle as early as possible before 12 months while the surplus heifers go by 12 to 18 months of age.’’

Heifer replacements had been maintained to increase numbers but unjoined females are now classed on liveweight and temperament, with the surplus sold into the feeder market.

“Temperament has always been number one for us – anything with its tail in the air goes,’’ Mr Park said.

Heifers are normally joined over six to eight weeks to calve at two years of age.

All females are pregnancy tested with selection emphasis placed on fertility and calving ease.

Heifers calve from June 1 and cows from July 1.

Mr Park, who retired from the WAFarmers presidency last year, has plans to expand the herd.

“Fertility is by far the biggest driver of a cattle enterprise and everything is secondary to that,’’ Mr Park said.

“Calving ease is the big thing – if they don’t have a calf they are not worth having.

“Our calves are weaned by the end of November and sold once they reach 250-300kg liveweight.

“We yard wean for three to five days, and leave the gates open for the cows to create less stress on the calves.’’

Lupins are soaked for 24 hours to increase digestibility and fed to the calves with hay.

Once weaning is complete the bull calves are transported for live shipment, with all calves gone by March/April.

The Parks initiated a pasture program of perennial species five years ago to take advantage of summer rains for grazing in the undulating sandy country.

The summer species is largely based on Gatton Panic suited to the hot, dry climate.

Hay paddocks are fertilized with 100kg/ha of MAP and top dressed with 150kg/ha of Urea.

The hard seeded blue, or sandplain lupins, are grown for silage to supplement the cow herd. 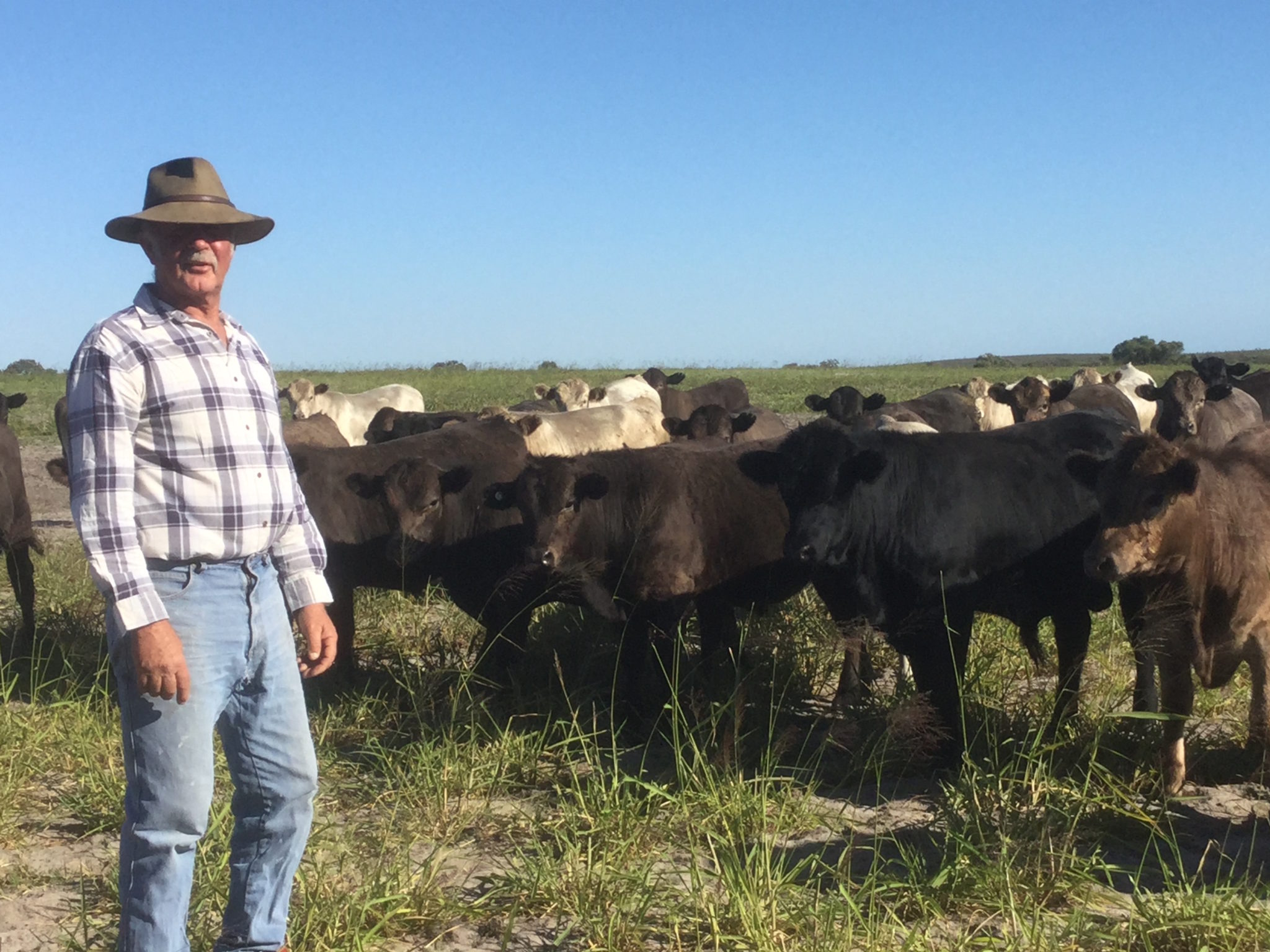