Purebred steers entered by Jenny and Neil Anderson, Nostones Murray Greys, Gulargambone, NSW, won the carcass quality and placed third in the calculated yield of saleable meat in the grass and grainfed trial.

Mrs Anderson uses the feedback to identify strengths and weaknesses in the stud and commercial breeding program.

Steers were backgrounded for 38 days on grass from September before randomly allocated to either grass or grain groups.

The grain fed cattle were finished over 100 days at the Gundamain feedlot, Eugowra, NSW, while the grass fed entries were finished on pasture and crop at the ANFD site.

The grainfed section catered for a carcase weight of 300-430kg, maximum two teeth at slaughter and at P8 fat depth of 8-20mm.

Grassfed specifications were a dressed weight of 270-400kg, maximum two teeth at slaughter and a P8 depth of 6-18mm.

Steers were processed on March 29 at Teys Australia’s Wagga plant with the presentation dinner held in Orange last Friday.

Mrs Anderson had just eight steers to choose from as most of the spring 2015 drop had been turned off due to dry seasonal conditions.

“This is a big tribute to the performance of the Murray Grey as they were up against many purebred and crossbred teams,’’ Mrs Anderson said.

“I have focused on a strong set of breeding objectives over the past 20 years, concentrating on fertility, fecundity and temperament.’’

The Nostones steers received 35 out of 40 points for temperament – one of the highest scores in the trial.

“I entered the trial as I wanted to continually improve and find out how our cattle compare against other breeds,’’ Mrs Anderson said.

“I use outcross bulls to lift scrotal circumference, and saleable meat yield – obviously that has paid dividends.

“We aim to achieve the right balance of fat and muscle – positive fat is important in our environment during dry times.’’

The Murray Grey carcase quality was also reinforced this week with an average Meat Standards Australia Index score of 64.4 – or in the top five per cent of MSA graded cattle nationally.

The grassfed purebred steers had an average carcase weight of 349.5kg, P8 fat of 13mm, were all milk teeth and a MSA Index of 64.4.

The competition was taken across a 12 month period for all carcases graded under the MSA system at Wingham Beef Exports.

Mr Francis said the grassfed branded product at Wingham Beef Exports was a perfect fit for his production system.

Around 70 steers a year are finished on kikuyu, paspalum and ryegrass based pastures in a 1750mm rainfall zone

“Over a life time I have aimed to breed quiet, fertile cattle with as much weight as possible plus adequate fat,’’ Mr Francis said.

“It is a balanced selection of traits coupled with structural soundness and no compromise on fertility – all females must calve at two years of age.’’

“If you have good cattle which perform well then that puts you in a good negotiating position,’’ he said. 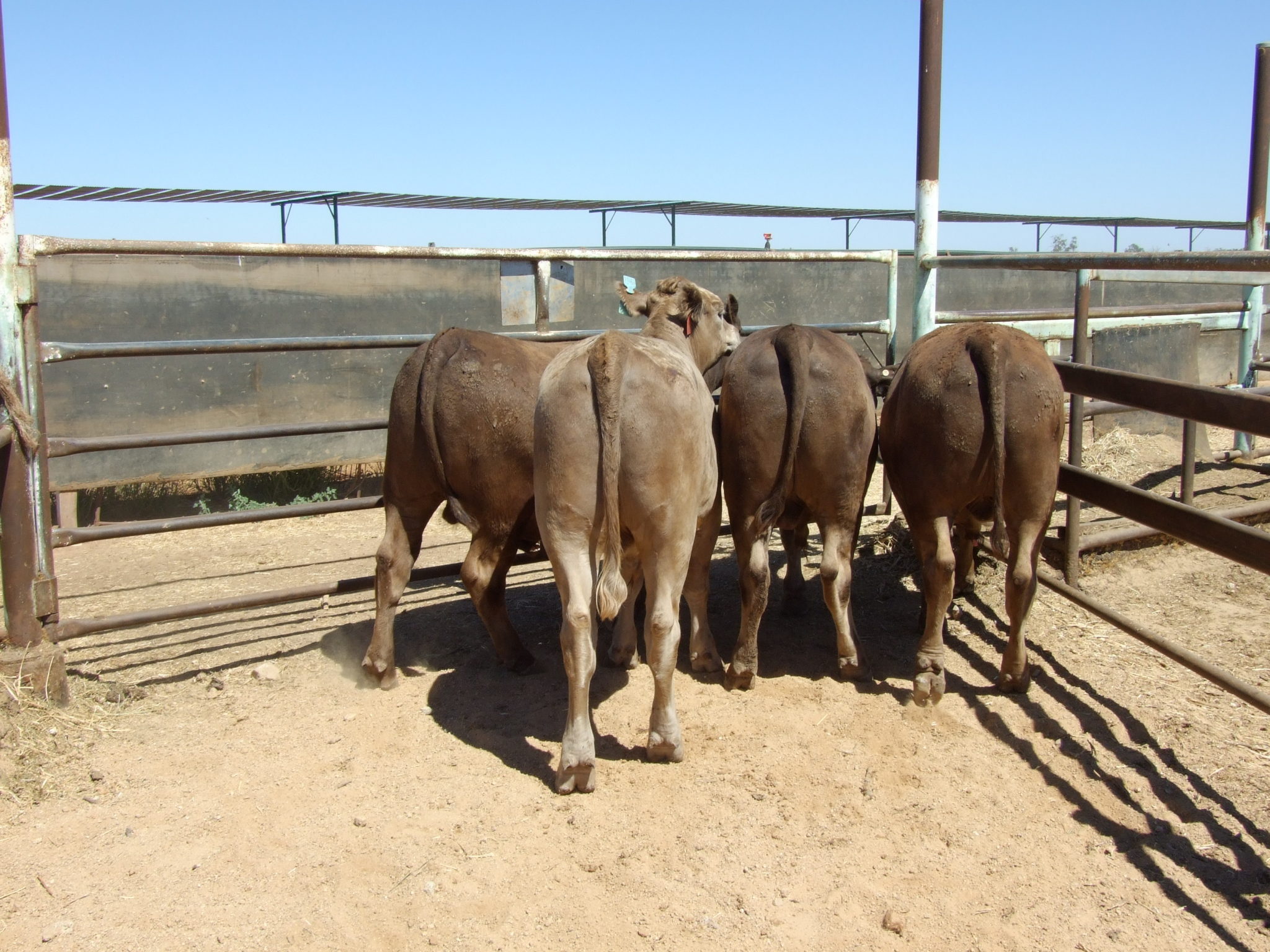 Four of the steers from the Anderson family’s Nostones Murray Greys during the ANFD grass and grainfed trial.