It is with a great sense of loss, for those in the Murray Grey Breed, to hear of the sudden passing of Rodney Gregurke, Tarlina Stud, Port Lincoln, South Australia. 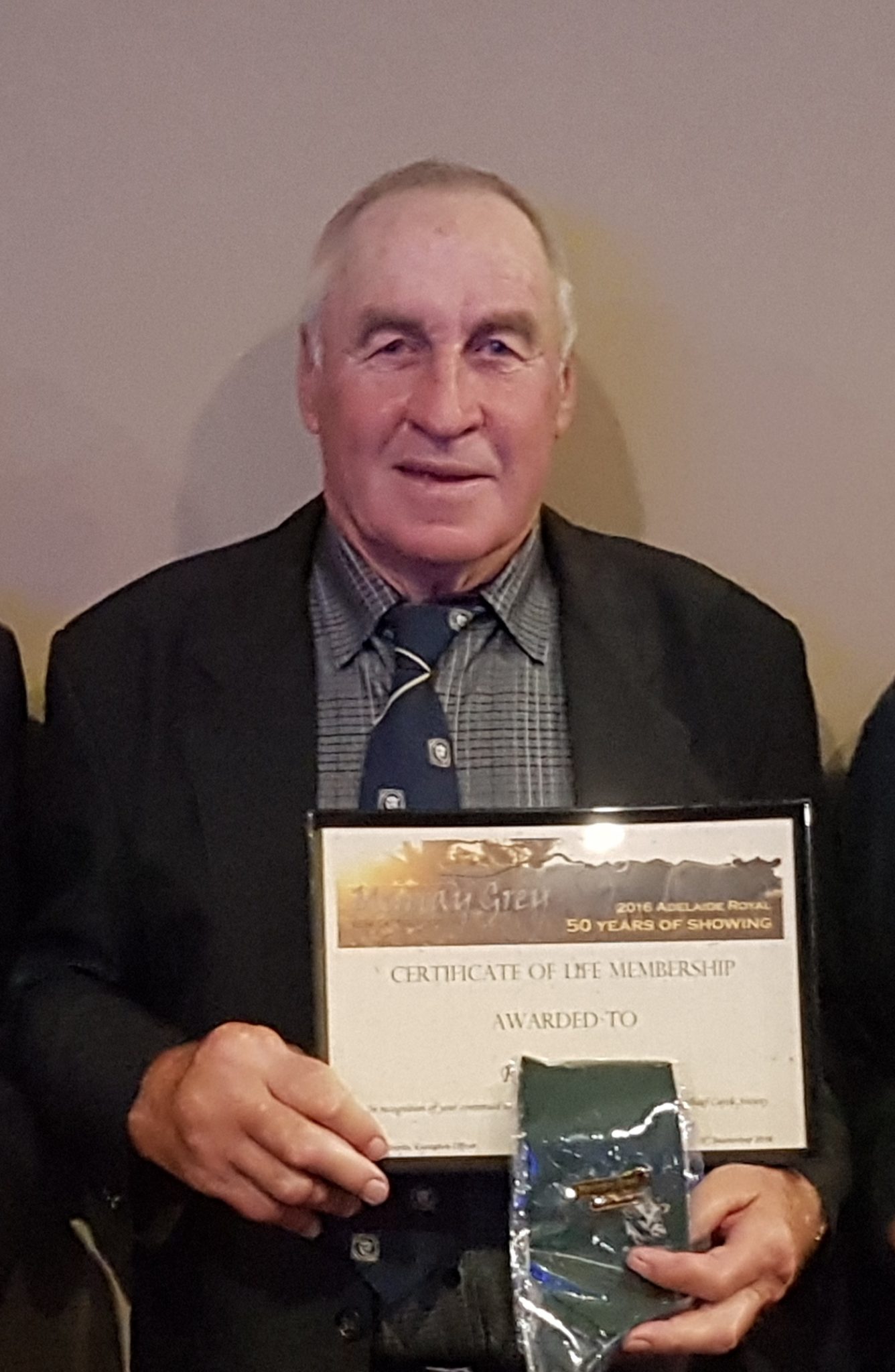 Rod, as he was best known to many, founded the Tarlina Murray Grey Stud in 1971 and had a huge influence on many Murray Grey breeders over his 48 years of involvement with the Breed.

He was a Murray Grey Board Member for six years and fittingly, he was awarded Life Membership of the MG Society at the 2016 Adelaide Show.

His encouragement and countless hours on the road, visiting and encouraging new breeders with their breeding programs helped Murray Greys to flourish in South Australia.

Rod bought his first commercial Murray Grey Bull in April 1969 and registered his stud “Tarlina” in July 1971 when membership was $20.00.

The stud was initially established at Ungarra – a wheat, sheep and cattle property in the central Eyre Peninsula.

He started with three A Grade females and twelve approved Angus females.

His first steer was shown at Adelaide in the carcass competition in 1979 – and he exhibited there for 35 of the next 37 years. He only missed 1986, when he and Ruth lost their son Michael, and 2009 when he missed the cut off date for Adelaide – so he took two steers to Melbourne where he won the Champion Export Carcass and was part of the Borthwick Team.  It was the first purebred Murray Grey to win the export award for 27 years.

In Adelaide he won numerous classes on the hoof and hook but notably won three Champions on the hoof – four Reserve Champion ribbons on hoof and Grand Champion Carcass twice. 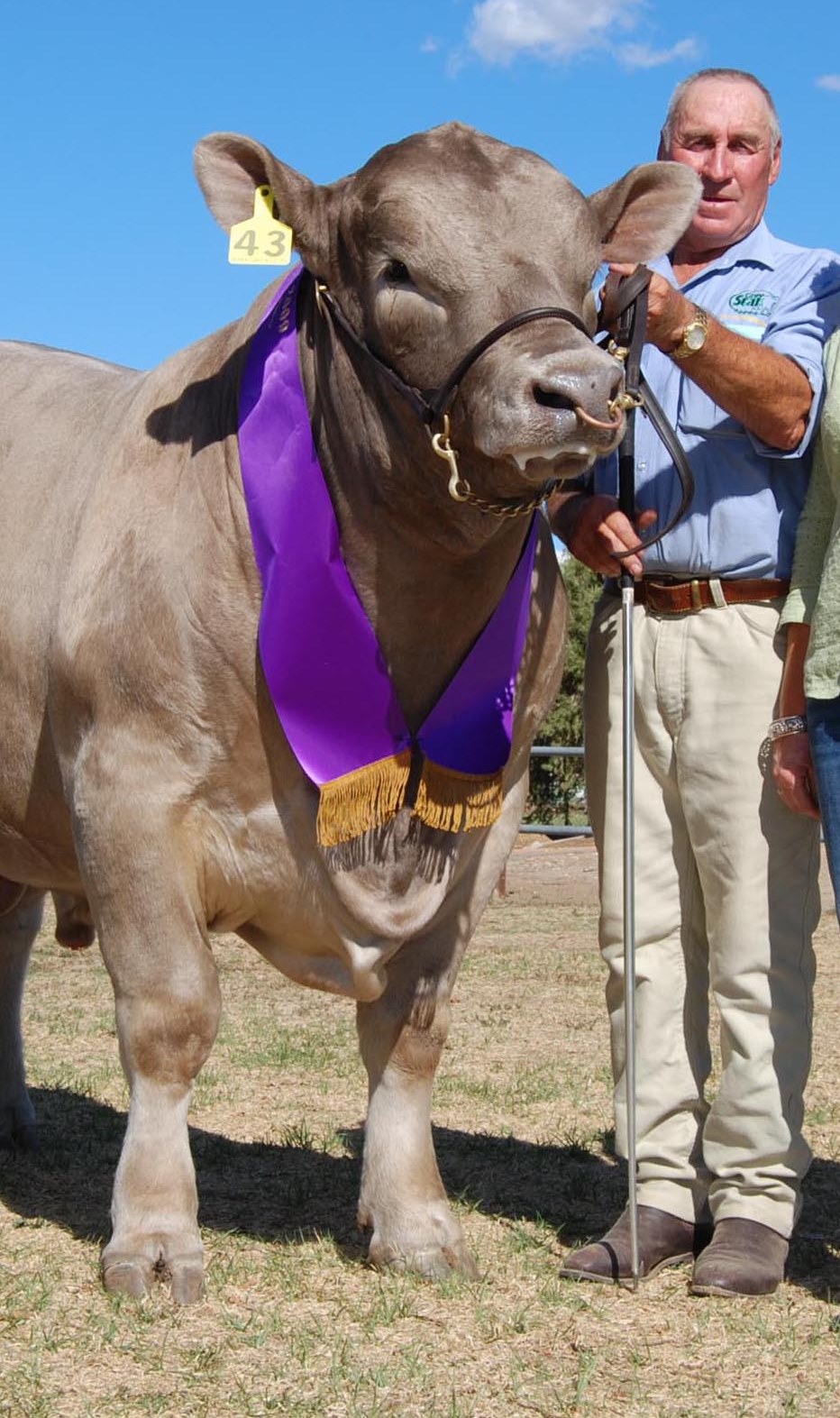 During the 80’s and 90’s Tarlina sold over fifty bulls to stations in the Northern Territory and held 21 on property sales, until declining numbers of cattle on the Eyre Peninsula meant selling privately again was the way to go.

After moving to ‘Coomunga’ near Port Lincoln in 2000, Rod ran up to 90 breeders, with an average of around 50 registered females in recent times.

All bull sales in the last three years have been by private treaty into Kangaroo Island, Adelaide Hills and Eyre Peninsula.

Rod’s aim was to reach 50 years of producing good cattle.

Sadly, Rodney was just short of his goal when he passed away suddenly at Coomunga, home of the Tarlina Murray Grey herd.

“For what it’s worth I can say that growing up, his passion has always been the cattle and he is beyond proud of what he has achieved (as are we!). The summary above probably doesn’t really do justice to all the thousands of hours he has put into improving the breed, schmoozing with other Murray Grey owners, ‘having’ to be at the Adelaide Show, hosting the ‘on property’ sales, attending meetings, fighting to keep the Murray Grey identity alive, travelling to help other breeders select animals appropriate for them and their locations and sampling beer, wine and hospitality all over the country.”

Rodney is survived by wife Ruth, daughters Kathryn and Natalie and 7 grand children.

A funeral service will be held in Port Lincoln on Monday afternoon, 21st August.

Julie and I have only known Rod since 2001 when we met at the annual Murray Grey weekend held by the South Australian Breed Promotion Group.  That year it was in Moonta on Yorke Peninsula and the temperature was about 40ºC with the AGM being held under Morton Bay figs in a local park.  Being very new on the scene we knew few people so I was surprised when someone tapped me on the shoulder and said…”My name is Rod Gregurke, are you thirsty?”  Rod then went to the boot of his car and came back with some cold beer. We have been mates ever since.

Despite his rugged appearance and at times, somewhat forthright manner, Rod has been one of the most generous spirited people I have ever met.  There are countless examples of the (not so hidden) soft side of his nature.  This is but one of them.  In 2013 young Hannah Sanders of Clare won the Murray Grey Youth Award at the Nationals along with $1000 prize money.  In February 2014 Hannah and her parents travelled to Port Lincoln to buy a Tarlina heifer.  Rod directed them towards the herd and asked them to take their pick, which they did.  He then showed them a pen with two recently weaned young heifers.

“I think that grey one is pretty special.  If you take her as well, prepare her and take her to the Adelaide Show, she is yours.” 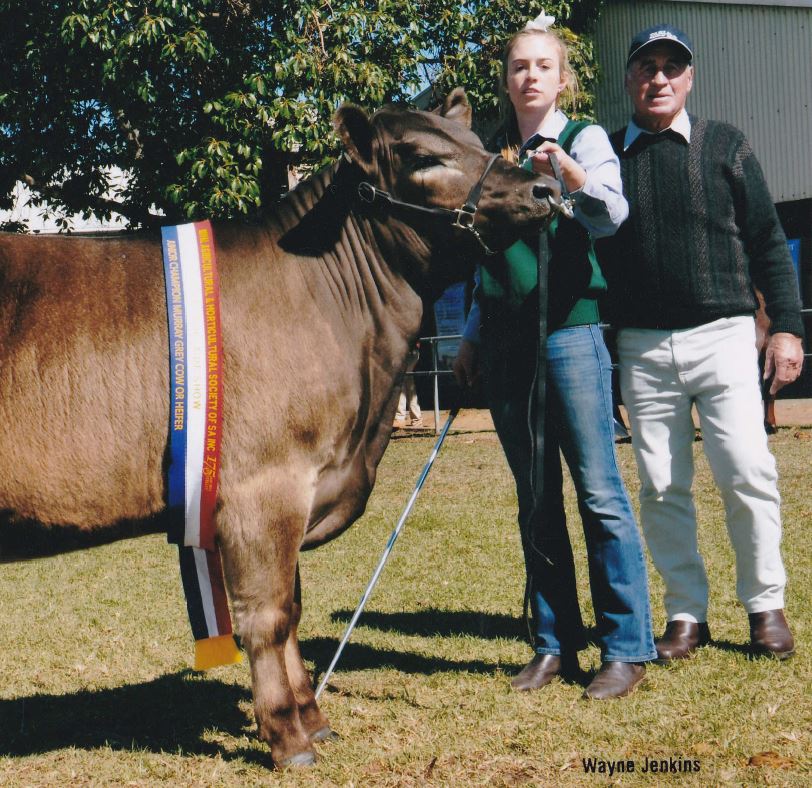 I have only known Rod for 16 years but it seems like a life time.  When we look back over our lives we sometimes reflect on the few people that have made a real difference.  For me Rod is one of those special people.  I am better for having known him and will miss him greatly.