Regina Batten has been missed in the cattle-showing world in recent weeks after being diagnosed with acute myeloid leukaemia.

The 30-year-old and her family, who breed Murray Greys and Angus, have always rolled up their sleeves and helped.

Regina was diagnosed in August one week before her wedding to fiancé Sam Cameron and rushed to a Sydney hospital.

Her daughters and Regina have showed cattle together for many years.

“We were devastated, shattered,” she said.

Mrs Lovell said the Batten family was the kind of family you could rely on.

“If you need anything done, ask the Battens,” she said.

“They put in a huge effort, the whole family.

“Rob, Regina and Sam and they get their friends to help.”

Mrs Lovell is also a member of the all breeds committee and said Regina was really missed at a recent event.

“She’s very loved by the whole cattle community,” she said.

“She’s so young and she has a huge battle ahead of her.”

Regina will continue to receive treatment, which will require lengthy stays at Royal Prince Alfred Hospital in Sydney, away from her three children and supportive family.

The Regina Batten Appeal has been launched to support the family with medical costs associated with her extensive treatment.

Mrs Lovell urged people to share the appeal’s page on social media and come to a charity auction night on October 20 at the Garden Hotel.

“Come along on Friday night [October 20] and dig deep,” she said.

“See how much we can raise because it looks like she’ll be down there for some time.”

Regina spent weeks in Sydney receiving treatment but on September 30 she was able to return home to marry Sam in a quiet ceremony.

Their three girls were in the bridal party at the wedding, attended by immediate family.

Regina’s brother Damian Batten said it was a special day for the family.

“[Her wedding] was something Regina was really looking forward to, uniting their relationship a little bit more,” he said.

“The vows, being there through thick and thin.

“They sealed their relationship and bond.

“It gave Regina a high to go back to Sydney and face the next round of treatment.” 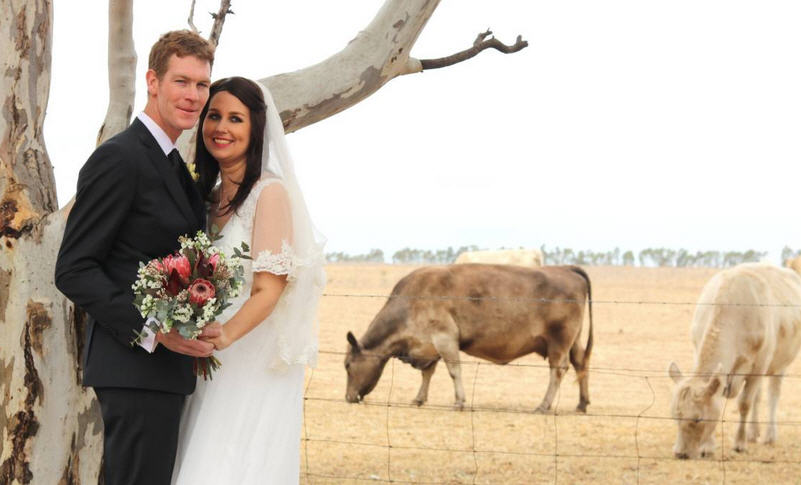