Over his 50 years as the general manager of Willalooka Pastoral Company at Marcollat, he worked closely with owners the McGregor family, turning a 2024 hectare scrub block to a showpiece property of 10,500ha.

Under his guidance Willalooka became a foundation member of Breedplan, was one of the first properties in Australia to be EU accredited, and a pioneer of feedlot alliances through the Angus and Murray Grey Gold program.

Willalooka was home to one of Australia’s leading Murray Grey studs and later Angus and Black Simmental studs, as well the Willalooka Lorelmo fine-wool Merino stud, created with an ambitious embryo transfer program.

Willalooka Pastoral Company’s Stirling McGregor said Mr Macdonald and his father Alan had an extraordinary partnership built on mutual respect, friendship and a shared love of genetic improvement and the pursuit of excellence in property and pasture improvement.

“They embraced new ideas, used new technology and enlisted the help of the best experts wherever possible,” he said.

“Their partnership was truly unique and their legacy will be what can be achieved through hard work, and a shared vision and set of values.

“With Alan’s support, Malcolm did in one lifetime what many couldn’t do in three.”

“It is surreal for me to reflect as I approach 50, that Malcolm gave 50 years of service to our family.”

“I feel sure that anyone that worked with him or for him, joins me in applauding his great contribution to our family and Australian agriculture.”

After his retirement in 2008 to Naracoorte Mr Macdonald remained a regular at many seedstock sales, including the recent Coolana dispersal sale in Vic.

Coolana stud principal Mark Gubbins said he struck up an instant friendship with Mr Macdonald when they met about 20 years ago, participating in the AMG program.

He greatly appreciated his encouragement to expand Coolana’s SA operation.

“ I spent much time with Malcolm after his retirement as he travelled with me around the SE looking at properties and expanding the Coolana Angus stud,” Mr Gubbins said. 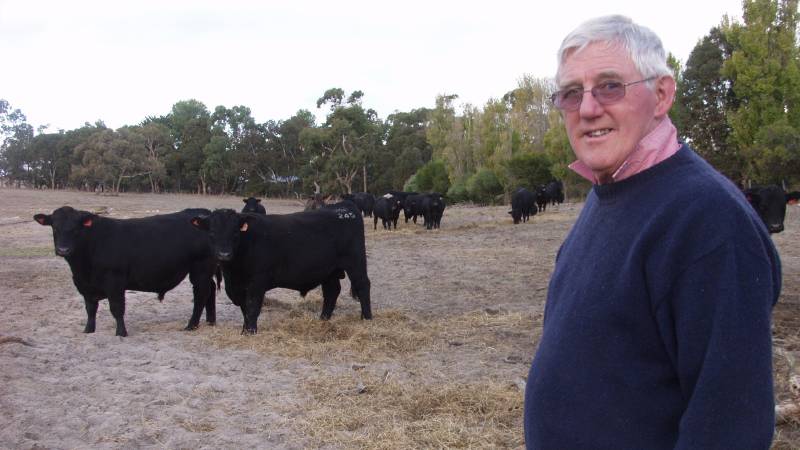