KNOW the market well, trust the science and be continually open to learning.

Regularly talking to her cattle hasn’t hurt either, she says.

It all goes to creating a constant low-stress environment and the right temperament.

Ms Wonka, who runs 300 Murray Grey/Angus breeders on 300 hectares at “Blue Poles”, Chinchilla, was presented with the 2017 MSA Excellence in Eating Quality Most Outstanding Beef Producer award for Queensland/Northern Territory at a special event held in Gympie last week.

In the past two financial years, her MSA compliance has been excellence – only two head out of 102 sent falling out.

MSA producer engagement officer Jarrod Lees said her operation showed the value in knowing the market specifications well and making sure your farm management and breeding was aligned with that end result.

“Kaylene knows where the cattle are going and is setting them up for success,” he said.

Low ossification scores of 130 to 140 and good marbling scores, sitting around the 120 mark, are two of the key factors of “Blue Poles” cattle.

For her part, Mrs Wonka said good MSA results flowed along from breeding and nutrition.

“I’m looking at the cattle when I draft them with their hide on,” she said.

“So you have to trust in the management and the information you’re given that everything is right underneath.

“We’ve been working on this for years now – we decided to go down the MSA track when it first came out in early 2000 because we could see the potential – so its has been a long track to getting everything right.”

Wonka-bred calves are predominantly grassfed, mainly on Rhodes grass and also leucaena, and go onto a finishing ration for 80 days. Those under 250 kilograms dressed weight go to local butchers and those over go to JBS Australia’s Dinmore plant.

With her late husband Darryl, Mrs Wonka started “Blue Poles” in 1988 and has supported many shows over the years with prime cattle and led steers.

Since the passing of husband 27 months ago, Mrs Wonka has carried on the operation and said being told in August she was in the top three finalists for this award gave her the extra strength she needed to keep working towards promoting Australian beef.

“I want to continue making Australians aware of what happens behind the scenes in the red meat industry to get the perfect piece of MSA steak on their plate at home, on the barbecue or in the favourite restaurant,” she said.

The MSA Most Outstanding Beef Producer award was open to producers that used any production system to achieve MSA eligible cattle, excluding those cattle that met grainfed beef specifications.

Mrs Wonka said “Blue Poles” was one of the first beef operations in the region to plant leucaena. “We’ve been growing it since 1994 and we now have about 25 hectares of Cunningham and Tarramba varieties,” she said.

“It’s an advantage having it because it has a high nutritional value, is high protein, and it grows throughout the year and is drought tolerant.

“After grazing on pastures and the leucaena, the cattle are grain assisted on a ration of sorghum, barley and wheat, and I grow all of my own grain as well.”

She said the feedback provided by the MSA program was valuable in helping to make ongoing improvements to the herd.

“Fat depth is a big thing. When I draft the cattle, I try to estimate fat depth and then compare what comes back on the kill sheet,” Mrs Wonka said.

“I like to check pH and marbling – they all play an important role in MSA.”

Selecting the right bulls to suit her operation is also critical, with Kaylene using estimated breeding values (EBVs) to help refine her choices.

“A lot goes into our breeding. When purchasing bulls, I look for quality bulls that are early maturing and have a good temperament and medium birth-weight – we don’t want to be turning off bullocks,” she said. 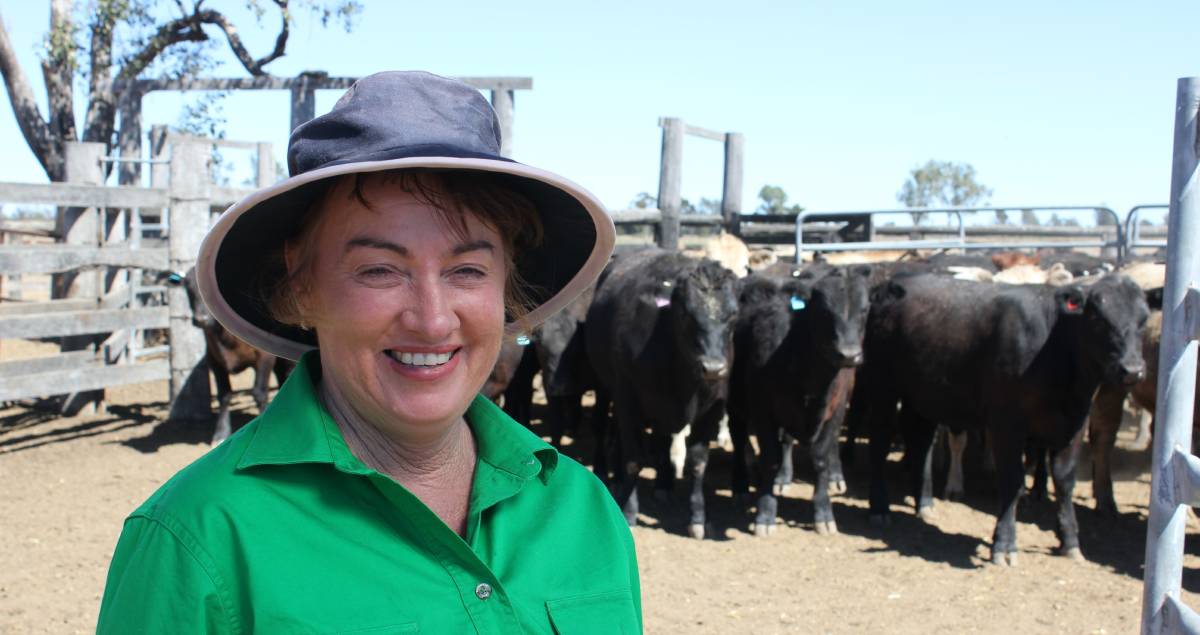