For Ms Whale, who has been an entrant four times, it was her year.

Ms Whale, who led her first calf in the showring at four years old, said it was an honour to receive the scholarship, valued at $7000.

“I have always looked up to people in the industry who have won it, so in my mind it means that I am starting to be recognised in the industry,” she said.

“Words can’t describe how I feel, but it will open up opportunities I never imagined.”

Her Double A Cattle Company stud was established two years ago when she was given a heifer for her 21st birthday. The stud has grown to seven females.

A driving force in the Murray Grey Youth movement and president for the past three years, Ms Whale is passionate about encouraging others into the beef industry.

“All through high school I wanted to be a teacher, but I was told to go off and get some experience first,” she said.

“I worked in a feedlot for 12 months, but all I could think about was ag teaching.

“This year I have been going to schools helping them with their cattle programs and helping teachers break in their cattle.”

Ms Whale is determined to expose students to the wealth of opportunities in agriculture.

“It is sad agriculture is not pushed in some schools because there are so many jobs to the number of graduates,” she said.

On the three-month study tour she hopes to visit commercial beef properties, feedlots and several shows.

She also wants to establish an exchange between one of their junior beef programs and the SA Heifer Expo.

‘”It would be really good to see one of their kids come across and get their point of view on the beef industry,” she said.

“The people that you meet are incredible – I have hundreds of friends in the cattle industry and they are second to none.” 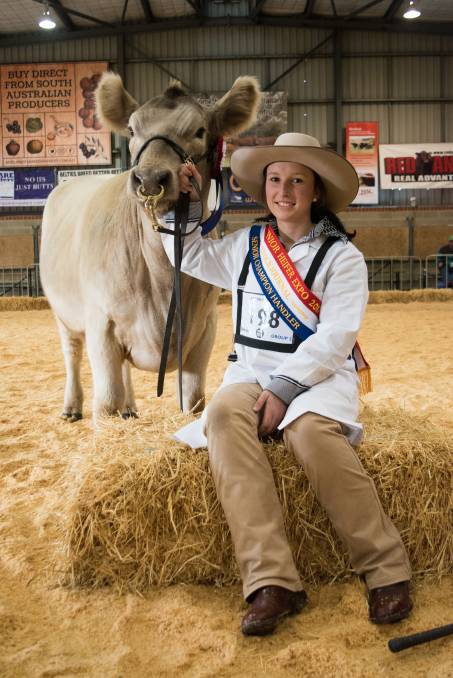