By Vernon Graham
Courtesy The Land

A bull from Boggabri in north west NSW walked out of the Murray Grey show ring at the Canberra Royal draped in broad ribbons.

Ms Carlton now plans to show him at the Sydney Royal Easter Show.

She said some potential buyers were showing interest in Mordred who was sired by Ondiong F78 out of Carlinga Penny J85.

But she wasn’t keen to sell so would demand top dollar to let him go.

“He is a really well balanced, well made bull,” he said.

Mr Myers said his two grand champions were a reminder of how good the Murray Grey breed was.

The Ayr Park stud was established in 1999 and now runs about 90 breeding females. 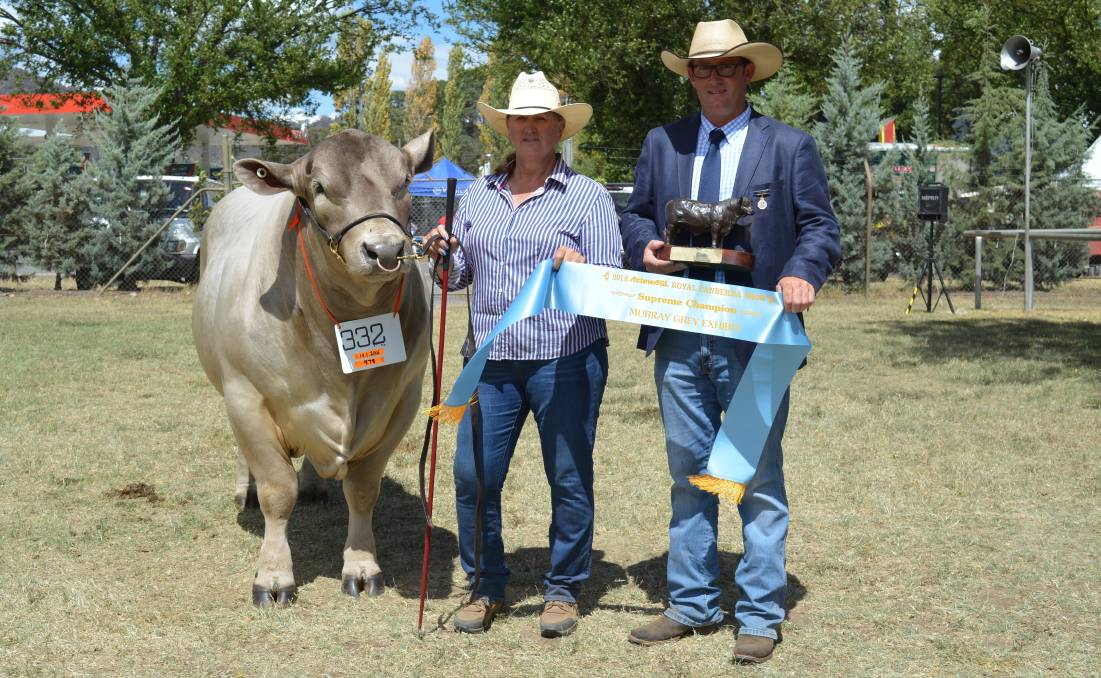 Kym Carlton, Carlinga Murray Greys, Boggabri, with her supreme exhibit at Canberra Royal which was sashed by the judge, Scott Myers.