By Kirra Bogan
Courtesy The Land

FUTURE hoof and hook champions went under the hammer at the ninth annual Potential Show Steer Sale hosted by Colin Say and Co at the Glen Innes sale yards on Monday.

The sale top on the day saw a new tradition with a heifer presented by David King, Yallembie Murray Greys, Inverell selling for $10.40/kg.

Weighing in at 285kg the Limousin/Murray Grey cross heifer sold to Glen Innes High School for $2964.

“We purchased a heifer from David (King) last year and it hung 3rd on the Hook at EKKA, we know these cattle perform” said Mrs Lamph.

The school has 48 students in their show team and 154 students studying Agriculture between year 8 to 12.

“We’ll take the heifer back to school, the students will break her in and start her preparations for the Junior Heifer Schools comp at Ekka from about 100 days out” added Mrs Lamph.

Vendor, Mr King was pleased to see the school taking on another of his calves.

“This heifer is a full sister to the 2015 Jackpot winner at Ekka” proclaimed Mr King.

“She is sired by a well shown and performed 14 year old Limousin bull, I got from the Kesby’s at Duri” Mr King said.

Wallabadah beef producer, Col McGilchrist did it again in 2018 after being awarded Grand and Reserve Champions for the fourth year only this year his grandkids took all the honours.

“This steers belongs to my grandkids Zoe, Ruby, Fergus, Tex and Abby, it’s a great achievement for them” Mr McGilchrist said.

The Grand Champion, a Limousin Steer sold for $10/kg to David Bartley, Warwick.

The 255 kilogram steer returned $2550 at auction and a $700 cheque from Boehringer Ingleheim Products and Colin Say and Co for taking the top honours.

Judge, Ben Drain, Warwick said it was like “splitting hairs” between the Champion and Reserve.

The Ascott Cattle Company stockman liked the overall thickness, depth to hindquarter and fullness of twist in the Grand Champion steer.

The 255 kilogram steer returned $2601 at auction and a $400 cheque from Coolibah Simmentals, Say and Co Rural (CRT) and Mundoo Angus for placing second overall. 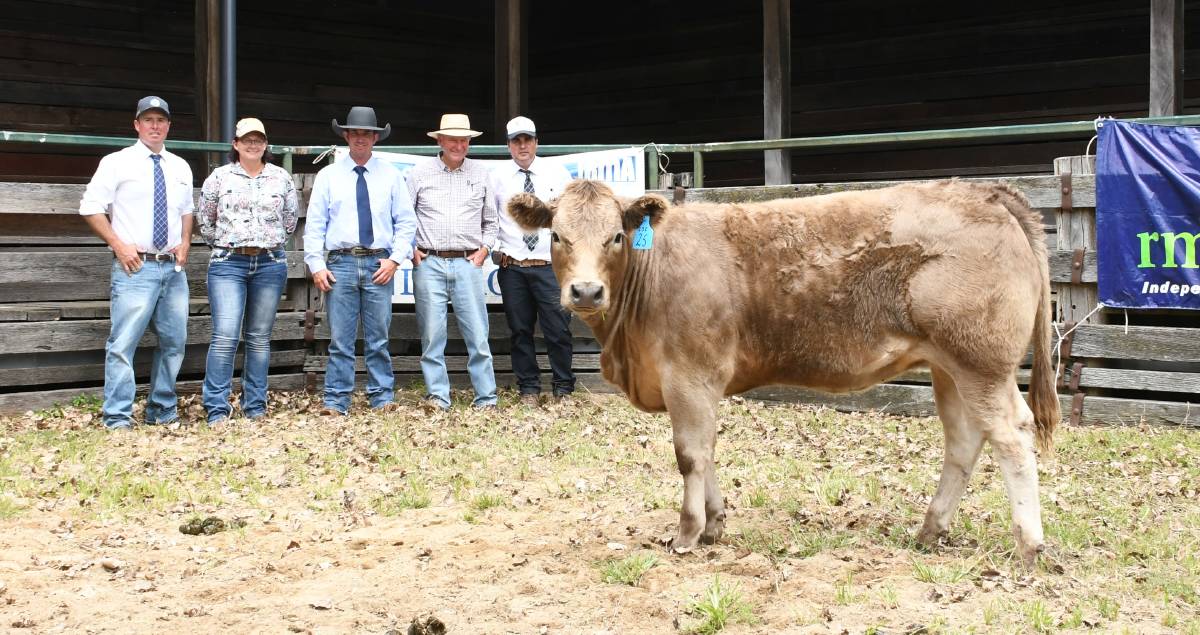