Murray Greys do the job at Quairading

RUNNING two successful sheep studs and a broadacre cropping program would keep anone busy and that’s the case for the Squiers family.

Given this you would be forgiven for being surprised to see a few cows roaming around the family’s Quairading property and for Chris Squiers, the trusty old Murray Grey is the breed of choice for the herd of 50 breeders they run to utilise their sandy paddocks which were put to alley farming with Tagasaste in the early 1990s.

“I reckon since we’ve done that we’ve noticed the ground doesn’t dry out so much,” Chris said.

“The sheep were alright on the ‘tags’ when they were small but once the plants got bigger they were more suited to cattle which is why we bothered getting cattle in the first place.

“The cattle don’t really go anywhere else on the farm so they’re basically here looking after the ‘tags’ and bringing in an easy maintenance income on top of that.

“We feed the cows barley straw and a bit of hay but they’re basically left to their own devices and they do very well for us.”

The first cow stepped foot on the property about 20 years ago.

“Back then I bought in Red Poll cows but we’ve always put a Murray Grey bull over them and the herd is almost entirely Grey now,” Chris said.

But when making the decision on bull breed Chris could have easily chosen another way.

“At that stage I just thought Murray Greys were the premium beef animal,” he said.

“I looked around at the shows and sales and thought the breed stood out.

“And even now other breeds have come up in marketability through advertising, I still think the Murray Greys achieve the same goals and demonstrate the traits you want to see in a beef animal.”

Chris said he has never been tempted to leave the Murray Grey breed for another.

“The Murray Greys have a lot going for them,” he said.

“I guess for us, we need a low maintenance herd that can utilise the land we can’t crop or effectively run sheep on.

“But they also need to pay for themselves and the Murray Greys have always done well growth and meat-wise, which is obviously important when it comes time to sell.”

Looking at the breed traits, Chris said he liked the easy-handling characteristics of the Murray Greys.

“The calves seem to come down and grow well with a reasonable amount of meat on them,” he said.

“We haven’t had any trouble with calving or things like that and because they aren’t the main focus in the overall enterprise, they need to be able do well without any special treatment, which they do.

“And we do seem to be able to get the calves to the weights we want to sell them at relatively easily, without having to put in too much effort.”

Chris said the family approaches their calf operation in a similar mindset to their lamb operation.

“We try to get them off mum early and move them on quickly so the lamb can still make a profit while the ewe is given as much time as possible to get back in condition for joining and producing another good lamb the next year.

“So we sell our calves in the younger age range as soon as we think they’re good enough to go and only keep a few steers through till the 12-18 month stage.

“For example we’ve been selling bull calves for a while now at quite a young age – I think the last mob were around the 200kg average mark – and we seem to get fairly good money for them so while we’re still seeing those sorts of prices we’ll keep doing that.”

Of course some lucky heifers each year get to stay on the property to go into the breeding herd.

“We don’t have a specific number of heifers we keep back each year to become breeders, we just look at the herd when it’s time to move on some and work out what we need,” Chris said.

“Mostly we select for temperament and look that they’ve got a fair bit of meat on them which is the same for the bulls we buy.”

The family doesn’t get too technical with Estimated Breeding Values when it’s bull selection time, but focus on what stands out visually to meet their easy-maintenance needs.

And Chris said there was plenty of choice.

“I think there are a lot of quality Murray Grey bulls in WA at the moment so if you wanted to you could spend a lot of time looking through them all,” he said.

“The bulls we bought last year were only 12 months old and they’re doing well.”

Chris said if he had to pick the very best thing about the Murray Grey breed, he’d point towards the amount of meat they carry.

“I think they really do have a reasonable amount of meat on them,” he said.

“We’re meat producers here so that’s a really important factor for us obviously and like I said, that amount of meat comes with their easy-care, growthy and good calving traits, which all go together to make them a pretty good beef animal.

“For the little project we’ve got here, they fit in very well.

“Put it this way I’ve got no intention of changing or moving away from the Murray Greys because they have done and continue to do the job.” 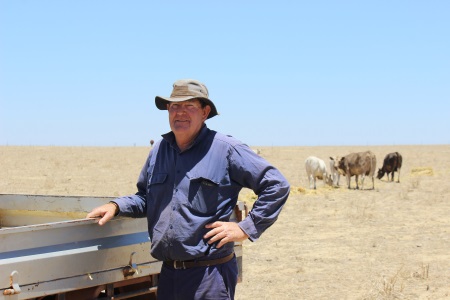 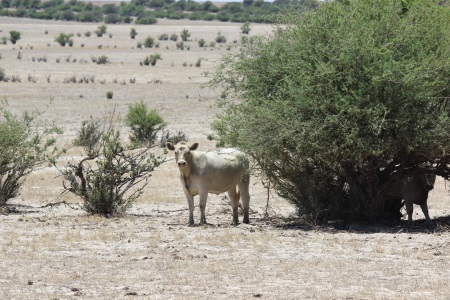