Murray Grey cattle are playing a key role in creating career pathways in agriculture for students in Tasmania.

Sheffield caters for kindergarten to Year 12, and boasts a student population of 500 drawn from the Kentish municipality.

The 66.8ha Sheffield School farm runs a small Murray Grey stud as part of its strong cattle handling program, along with a commercial dairy operation of 130 cows.

Farms are an important part of a handful of schools in the state, with many of them acting as commercial entities in their own right.

The idea of a central or consolidated school to serve an extensive rural area was brought to Tasmania in 1935, and the first school of the type was established at Sheffield.

This year, the Tasmanian Government announced $3 million in funding to upgrade the school’s ageing farm infrastructure, as part of a $16 million revitalization of 15 school farms.

Sheffield assistant principal Jamie Skirving said the school’s 10-unit swing over dairy was outdated and would be replaced with a new, efficient unit.

Many of the original buildings including a barn and storm-damaged pavilion used for the annual cattle handling show will also be replaced with multi-use facilities.

A new set of cattle yards, electronic scales and electronic identification readers have been installed for increased data collection on individual animals.

The circuit runs from October to December, concluding with the Circular Head Show at Stanley, where Sheffield students have consistently performed well in the junior judging and handlers state finals.

The stud comprises eight registered Murray Grey females, with the breed’s quiet temperament and doing ability being the initial drawcard.

“Simon saw an avenue on the school farm to have a beef enterprise and allow the junior cattle handlers to show cattle bred at the school,’’ Mr Skirving said.

“Charles Wallace also donated a bull for the school to use over the cow herd.

“Since then we have had plenty of interest and support from other Murray Grey breeders.’’

“A group of our senior cattle handlers (Year 10 and 11) attended the Murray Grey National Show and Sale at Wodonga,’’ Mr Skirving said.

“It was a great opportunity for them to be exposed to an event of that size and network with other industry people.

“They gained industry knowledge and skills from the workshops they participated in.’’

Ten straws of semen were donated to Grey Rock by Craig and Jacinta Grant, Lindsay Murray Greys, Coleraine, as a result of an application by student Billie Chatterton for the Most Potential Breeder Award.

“The people I’ve met so far in the cattle industry are about promoting youth and I believe we have made a great decision to go with the Murray Grey breed,’’ Mr Skirving said.

He said although the stud aimed to grow cow numbers, it was challenged by available land.

“We aim for structurally correct animals with a moderate frame sired by proven AI bulls.

“Students have been involved in the hands-on selection and purchase of stud females, gaining an understanding of estimated breeding values and visual assessment.

“The junior judging component teaches the students about animal selection and being able to justify their choices.

“Students use the chiller feedback from the carcase competition to learn about eating quality and MSA grading.’’

Held in November, the Junior Cattle Handlers Show of Tasmania is split into beef and dairy handlers classes, plus a hoof and hook competition.

Grass and grainfed steers either donated to Sheffield by local beef producers or sourced by the school compete with animals prepared by other regional schools for the hoof judging.

The first steer bred within the Grey Rock stud will compete at the show this year.

Entries are processed and MSA graded by JBS Australia at Quoiba in the three categories of trade weight, rump and loin, and heavyweight.

Students are given the opportunity to view carcases at the abattoir and hear the chiller feedback presented by JBS.

Mr Skirving said the curriculum aimed to give the students a broad taste of the agricultural industry.

“Our agricultural students range from 12 to 16 years and make a choice whether they want to be involved with the dairy or beef cattle,’’ he said.

“We have benefitted in the last few years having the Year 11 and 12 extension program in Tasmania, enabling us to offer Certificate II in Agriculture.

“This attracts students from outside our catchment area to Sheffield two days a week to complete the course as part of their post-Year 10 study.

“It is about creating career pathways in agriculture.

“We have former students doing really well in a range of agricultural pathways including Marcus Oldham College, working in farm machinery businesses, on farms or studying agricultural science at university.

“Once they get the taste of the agricultural industry and see the opportunities through this program, a lot jump on it.’’ 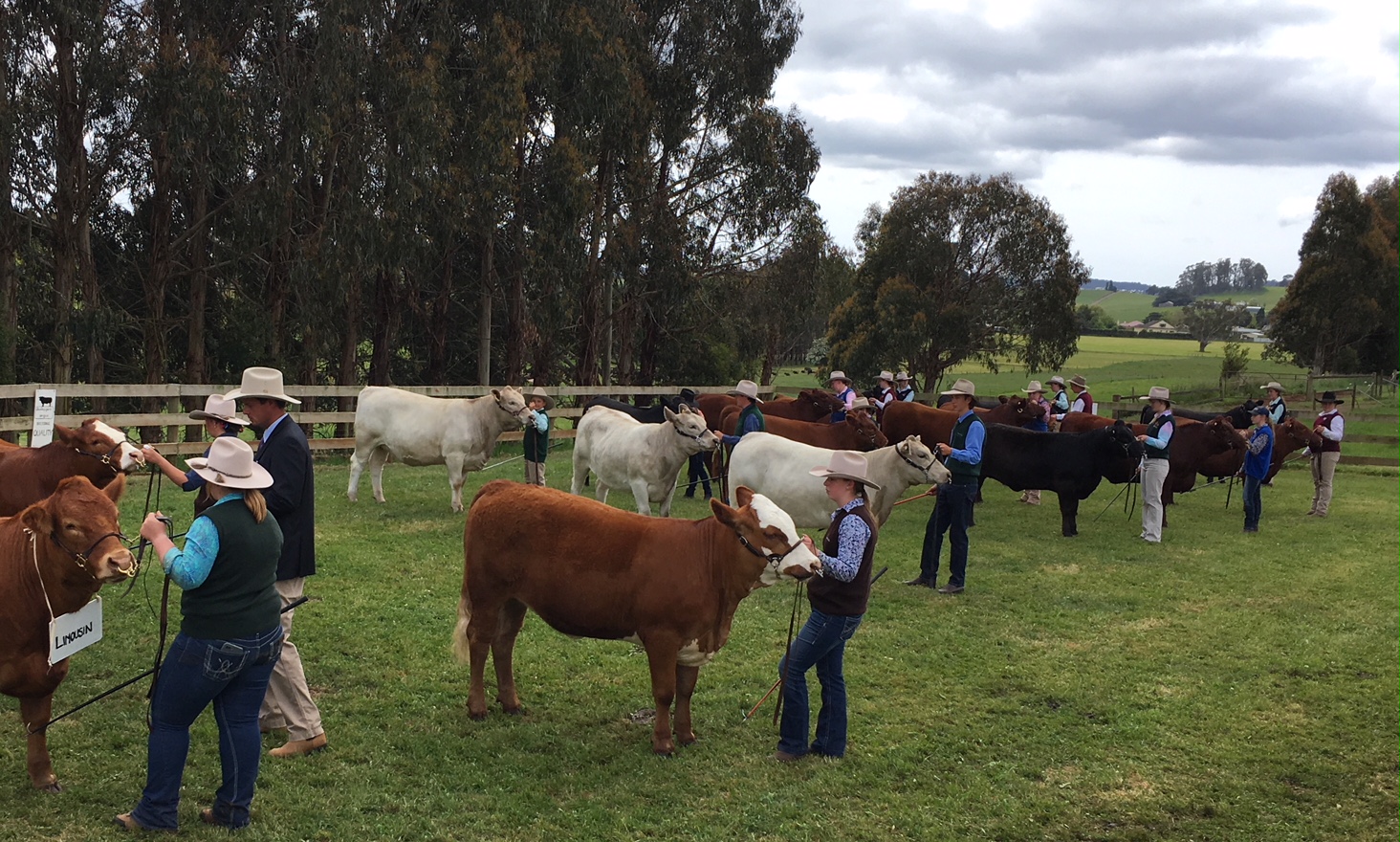 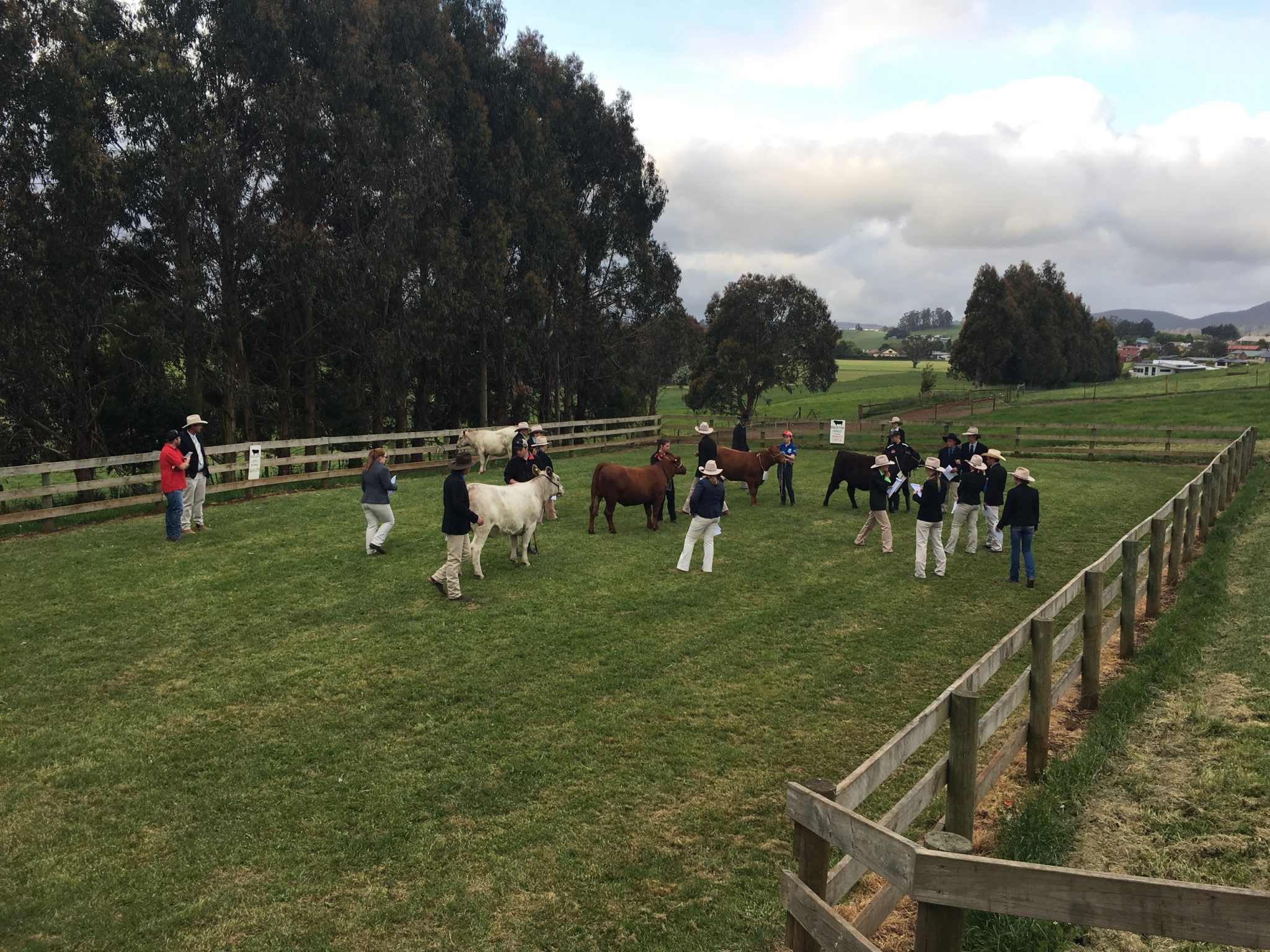 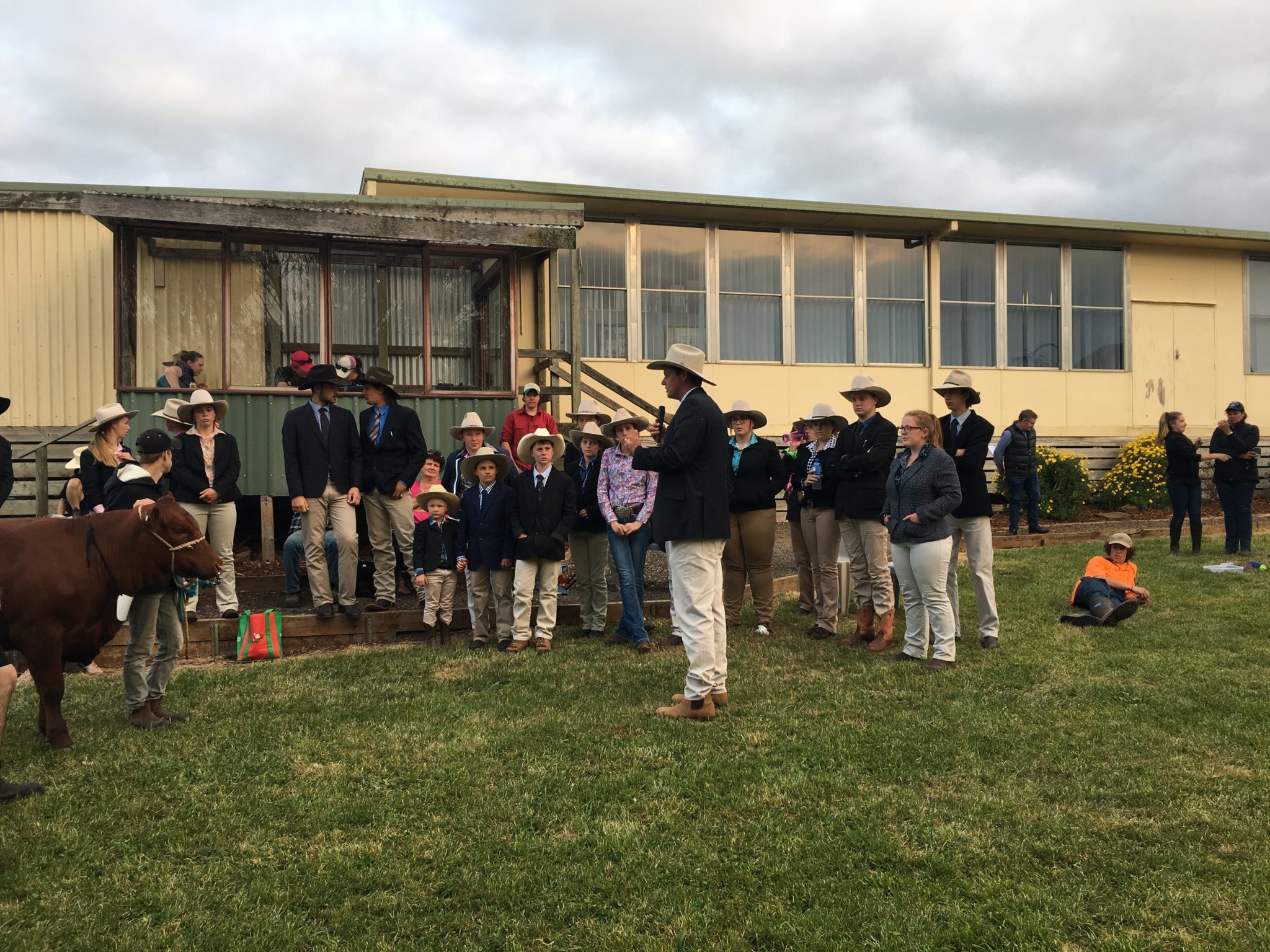 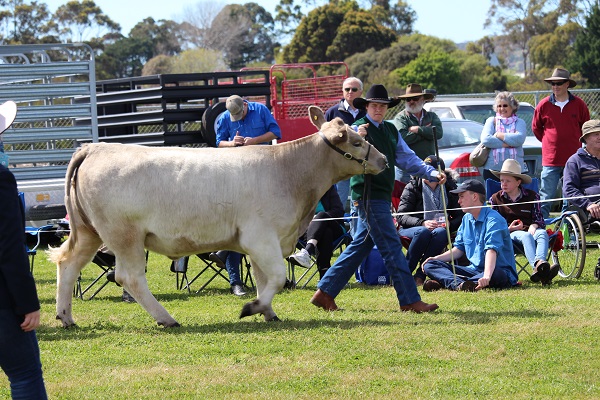 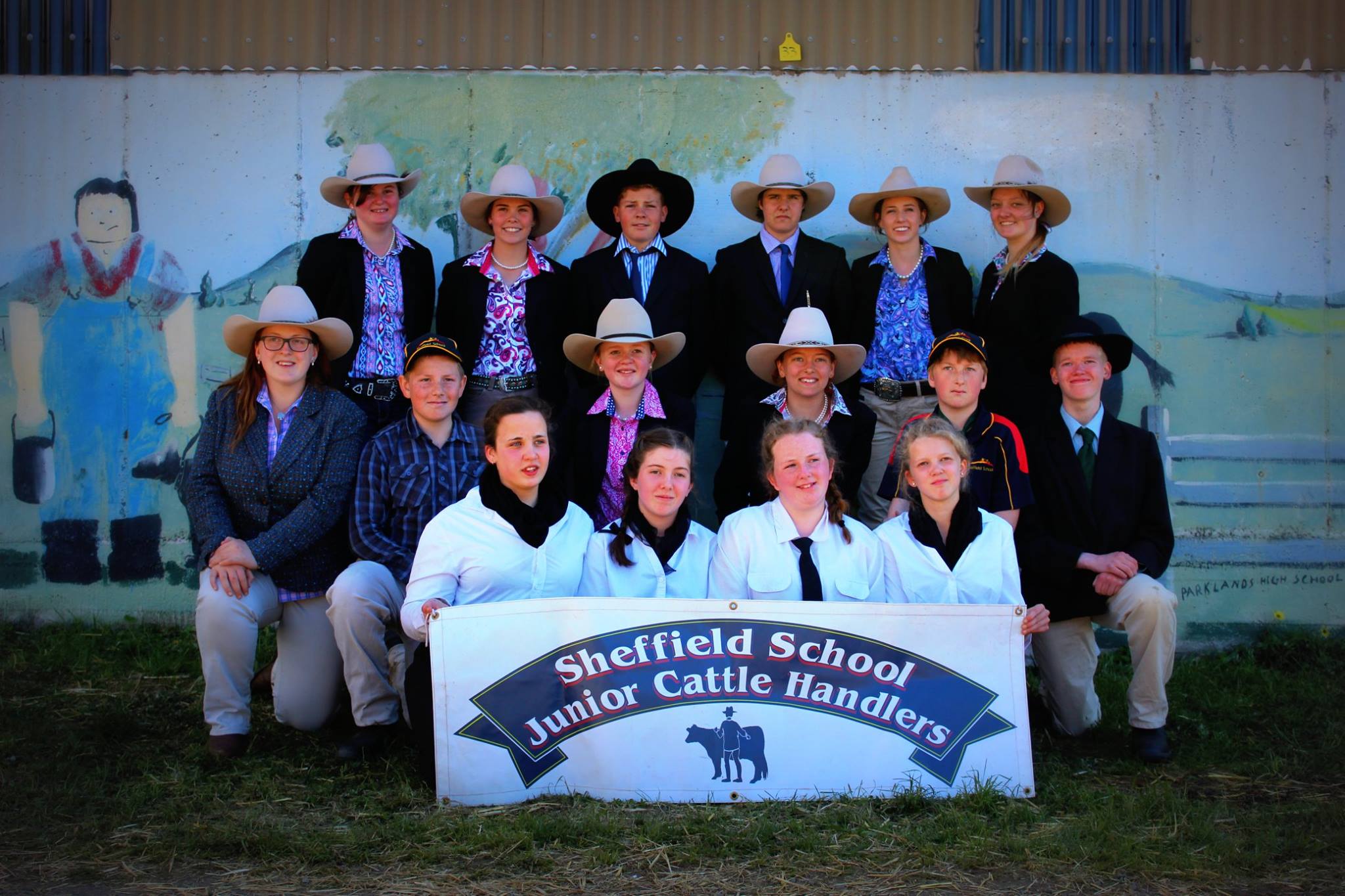 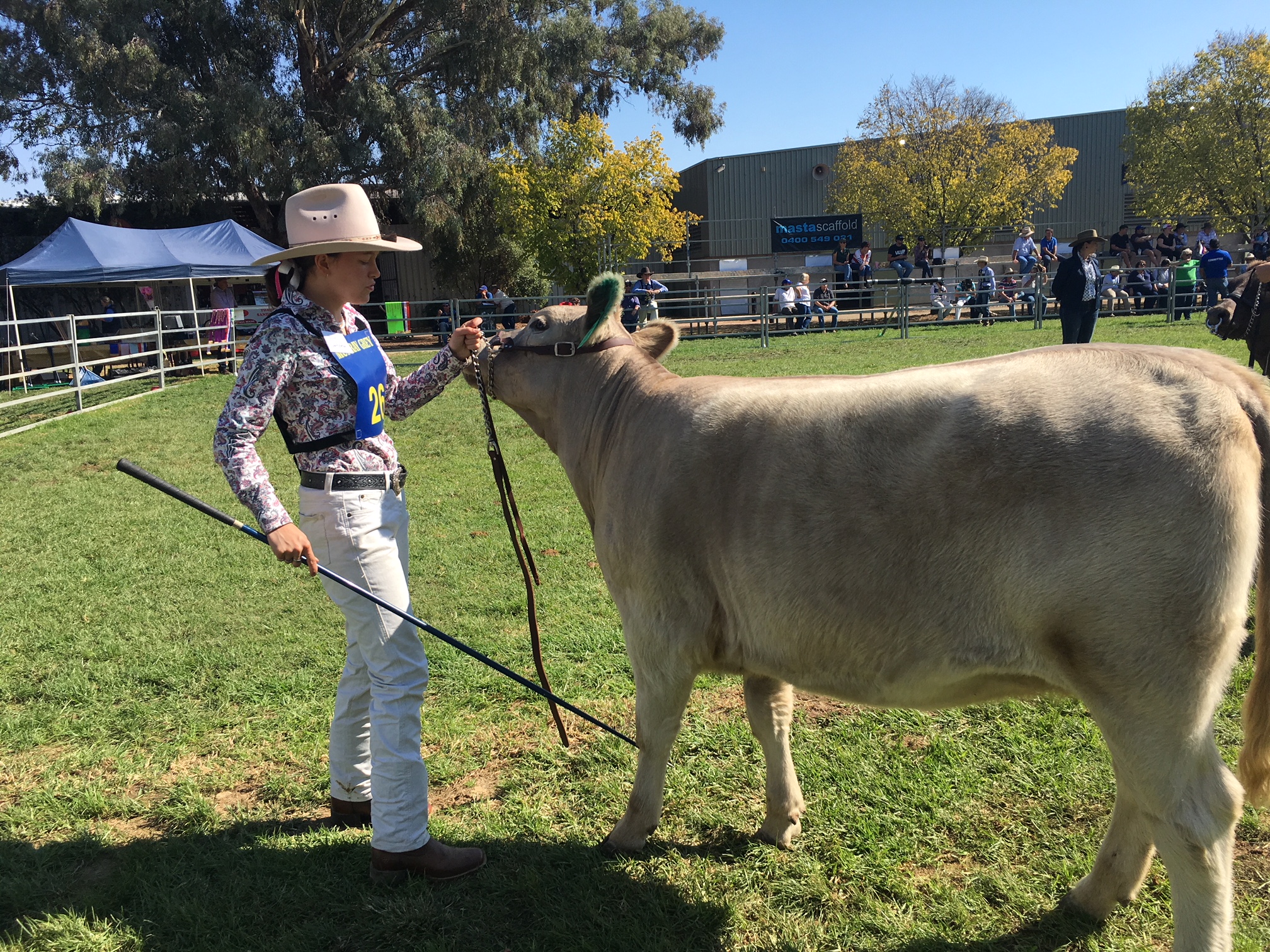