Bulls reached a high of $18,000 and females topped at $5000 at the 21st Anniversary Wallawong Carcase Quality Sale at “Marriot Park”, Gunnedah, on July 12.

Fifteen of the 19 Murray Grey bulls offered by the James family sold for an average of $6077 and twenty females averaged $2975.

Mrs Whale said Glenliam will use the bull in the stud and commercial herd, along with marketing semen.

​“We were looking for the right balance between conformation and carcase quality and to have his EMA, fats and marbling combined is very rare.” Mrs Whale said

Among the volume buyers of females were Alwyn Peffer, Brisbane who purchased 5 females and Russell Kidd, Mareeba, who took home three females.

“A lot of our clients are focusing on producing heavy supermarket cattle that are efficient, finish off grass, and have high yields,” Mr James said.

“This is the best group of cattle that we have put up, fitting of our 21st Anniversary Sale”. Mr James added.

Stud co-principal Kate James said it was pleasing to see so much interest in the sale, given the state’s current drought conditions.

“We have had interest come from people right across Australia, bulls and females went to Queensland, Western Australia, New South Wales and Victoria which is good,” Mrs James said.

“It’s even more pleasing to see that interest come considering the current drought conditions we and so many others are facing.”

The sale was settled by Ray White Fleming and Ross, Gunnedah, with auctioneer Paul Dooley, Tamworth, taking the bids. 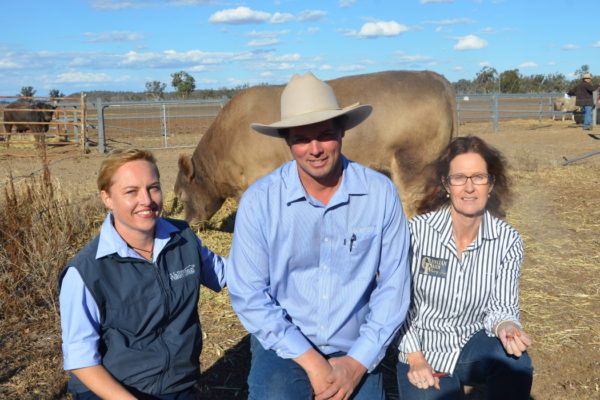 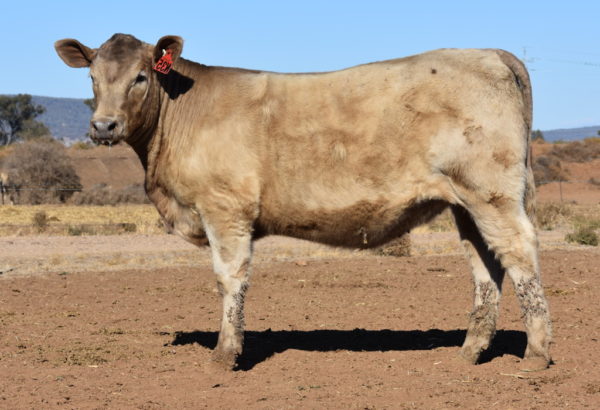