OSCAR Creese may have only been in the stud-cattle game for a few months but he knows exactly what he wants.

The 13-year-old started his Symmons Plains Murray Grey stud in May this year. Since then he has successfully exhibited some of his cattle at shows and already has his first drop of calves on the ground.

While he plans to one day also own an Angus stud, Oscar said there were several reasons Murray Greys were his first choice.

“I like them because they are easy doing and fatten really well,” he said.

“They also have a small birth weight, but they have a big growth rate after that and their temperaments are really good.”

“I don’t want cows that are too big, just more the medium frame size, so these ones are really good,” he said.

“I’d also like to get some from the mainland later on too.”

He now also has three calves on the ground, two heifers and one bull.

“I’ve got a dark grey heifer I think will go pretty well in the shows next year.

“I’ve got a bull calf there too, but I’ll probably keep him and put him over some Angus cows when I get them and then maybe sell him later.”

Oscar said he had learned a lot about cattle since starting his stud, particularly on the showing side of things.

Mr Wallace helped Oscar break in his heifers before the state’s show season.

“There’s a lot to do, but I really like it,” he said. “I’ve got a friend who has been helping me this year too and I’ve got four other people for next year.”

Oscar said everyone at the shows had been very helpful in giving him advice.

Well-known show competitor Daryl Heazlewood helped Oscar clip and prepare his heifers before their first show at Burnie and loaned him some equipment to get him started.

Dad Stephen Creese drives Oscar to the shows but says once they get there his son does all the work.

“I had no idea how much was involved until we started, but he’s really enjoying it and everyone at the shows has been really good and they been encouraging him,” Mr Creese said.

“I bought a trailer last year when he had the two heifers, but by the sounds of it I’ll probably have to buy a truck now.”

All the hard work paid off this season with Oscar bringing home a number of reserve champion ribbons and the
champion Murray Grey title at the
Scottsdale show.

He is getting his new calves used to people and will break them in soon.

He also has big plans for next year’s show season.

“I’ll have six to show next year and I’ll be able to show my heifers as cows with calves by then too,” he said. 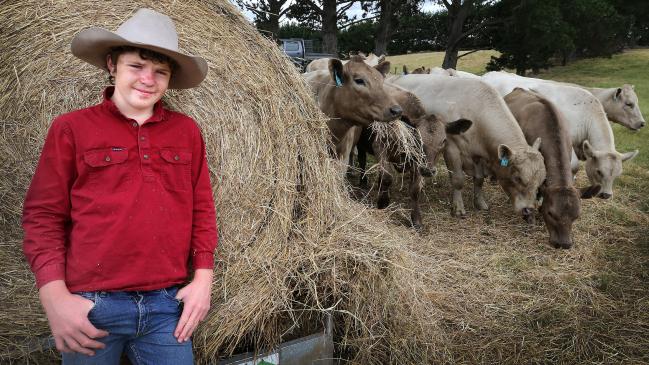 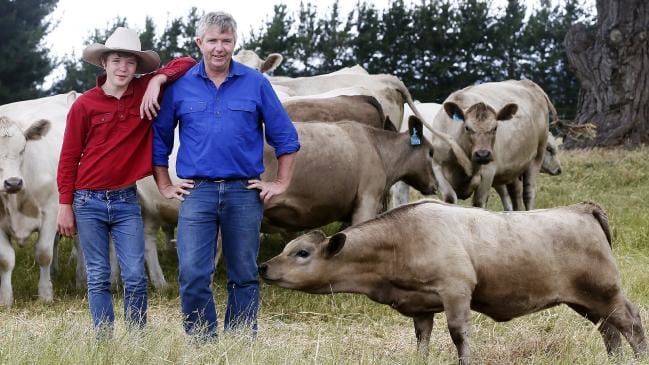