Peter Moore has only entered cattle in carcase competitions on two occasions and both times has tasted success with his high performing Murray Grey steers.

The commercial producer and his wife, Jean, run 60 purebred Murray Grey cows on their 85 hectare property, “Gateforth”, in the Black River region near Stanley in north-west Tasmania.

Their champion group of steers also won Reserve Champion Group on the hoof at the Stanley Show in December, 2018.

Elbern Kingaroy (A Grenadier son) was purchased as a young sire by Peter and Jean to use over their commercial Murray Grey herd.

A self-confessed “reluctant exhibitor”, Mr Moore said their first foray into exhibiting at carcase competitions came in 2014, when their Stanley Show champion pen of grass-fed steers, also purebred Murray Greys, went on to place second overall at the National Beef Expo in Rockhampton.

“We bought Kingaroy about three years ago, and he was the son of Brisbane Royal Show supreme champion, Lilyvale Grenadier, out of a standout cow, Big Park Valdawn.  Valdawn’s daughter, Elbern Melissa, was Grand Champion cow and Supreme exhibit at the 2014 Royal Melbourne Show,” he said.

“I believe in good bulls and great cow lines, as it starts to show in your herd.”

Born and bred in Tasmania, Mr Moore grew up on a dairy farm, but left in his early 20’s to pursue a career in the food industry in Sydney.

“I returned to Tasmania about 25 years ago, as I missed farming, so we purchased a 162 hectare property at Edith Creek, where we fattened 300 head of cattle,” Mr Moore said.

“Back then 24-30 month old Jap Ox were the major product we sold, but now we supply Greenham’s and all of our cattle go into their very successful Cape Grim Premium Grassfed Beef program,” he said.

“It has been a great marketing initiative, and Greenham’s pay bonuses on our MSA score.”

The Moore’s purchased their current property about eleven years ago, with spectacular views across the coast.

“My cows fatten on the view,” he laughed.

While working off- farm as general manager of the successful Yolla co-operative, at Wynyard, Mr Moore said he had always envied the Murray Grey cattle produced by his neighbours.

“I had tried a few other breeds, but many had calving issues etc., so I changed to Murray Greys about eight years ago,” he said.

“I was envious of my neighbours’ cattle – of how quiet they were and how easy they were to handle.

“I purchased a line of 30 two year old Murray Grey heifers from the Snowy Mountains in New South Wales, and they were exceptional cattle. My one regret is that I should have bought the entire 60 head on offer at the time.”

“I am a great believer in buying the best bulls I can, and the first stud bull I used was a son of Monterey Gotcha,” he said.

“We used him for the first three years on the herd – he was a massive bull, with great temperament.

“When you buy good bulls you get good cattle, and our most recent purchase was a son of Monterey Engine Driver, who has produced the best calves I’ve bred on this farm. (Monterey Engine Driver was brought by a syndicate of Tasmanian breeders for $20,500 in 2011). My most recent purchase is a Mungatta Explorer son, Elbern Navigator, who I expect to grow into an impressive herd sire.

“I aim to breed straight silver Murray Greys and temperament is critical for me. I want cattle that do well on grass, with calving ease and great mothering ability, as well as being able to produce premium carcases, which is what we are trying to achieve as beef breeders.”

With a reliable 1200mm of annual rainfall, envied by many producers in other states of Australia, the Moore’s grow improved pastures of rye grass in rotation with white clover on their mixture of rich red Tasmanian soil and coastal flats.

“We are very fortunate here in that we have a mild climate, and grass grows all year round producing great quality carcases,” he said. 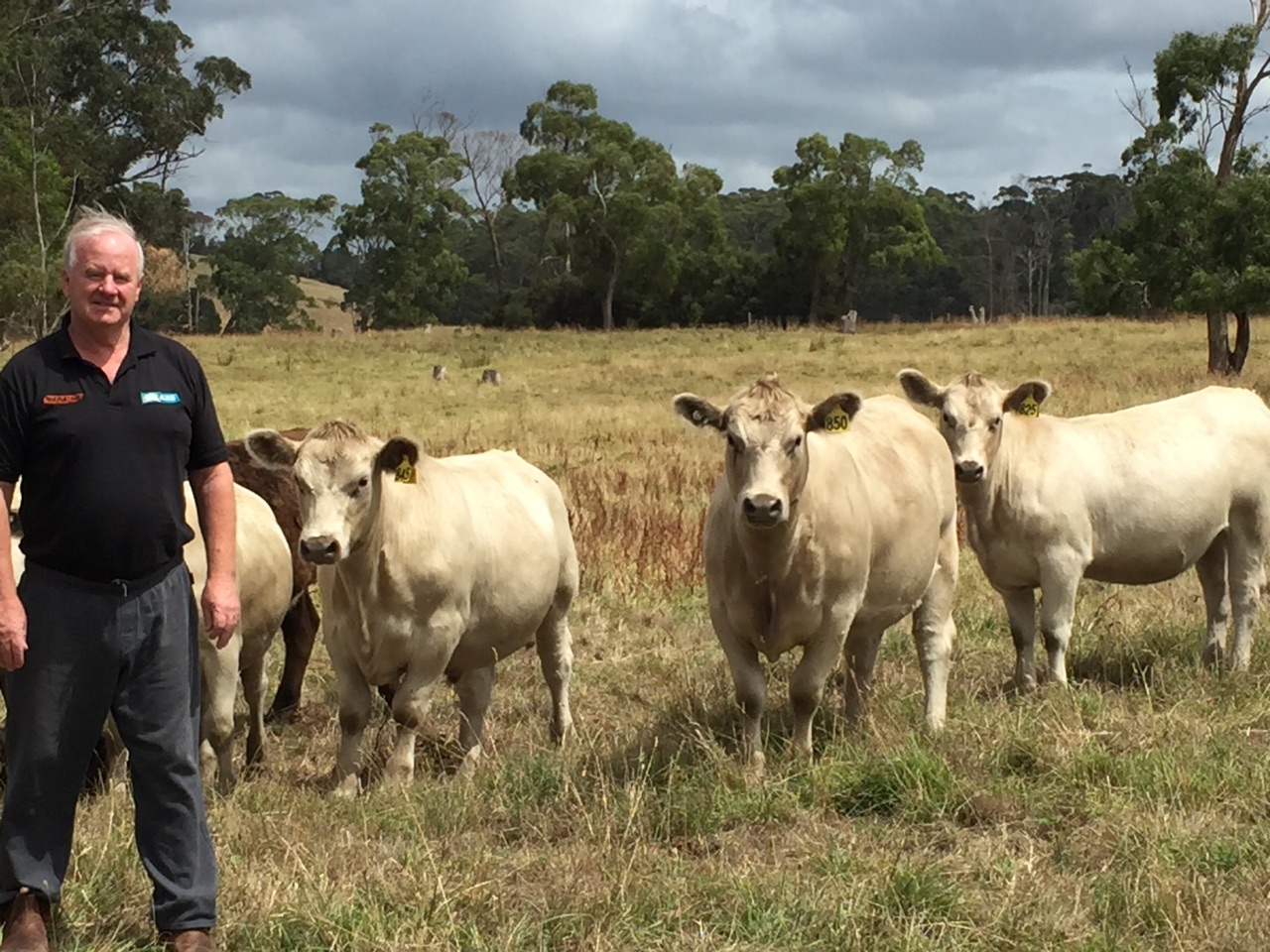 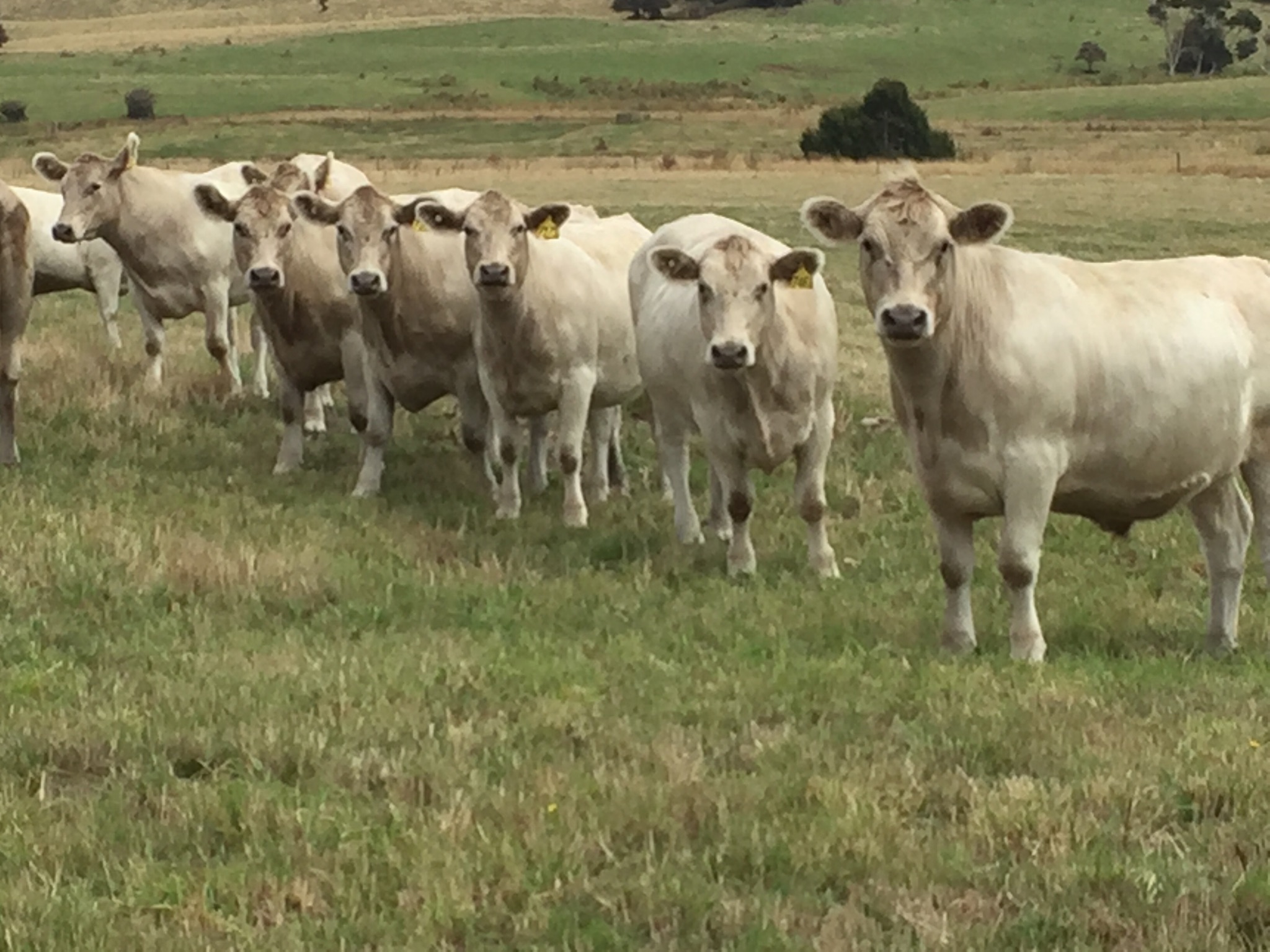 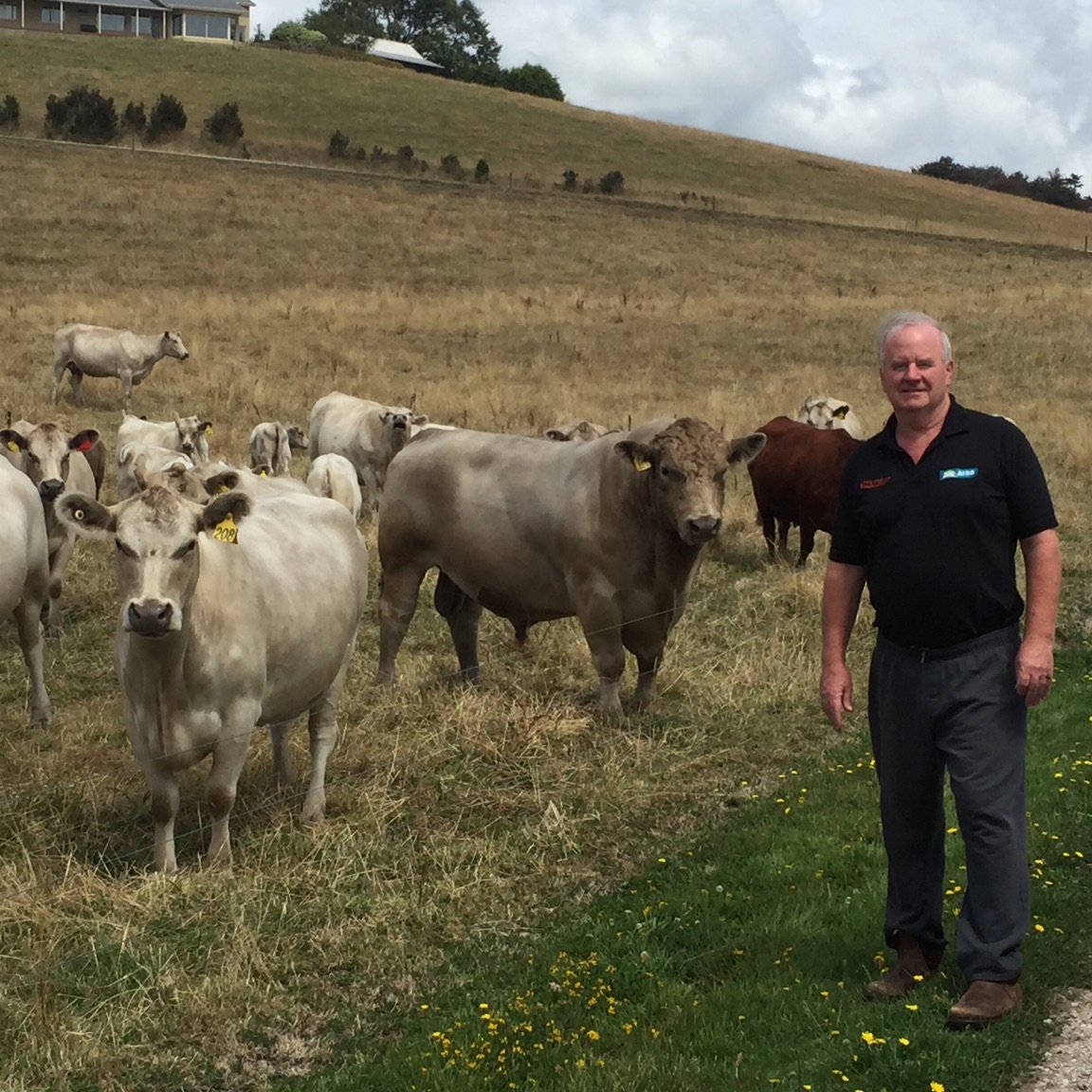 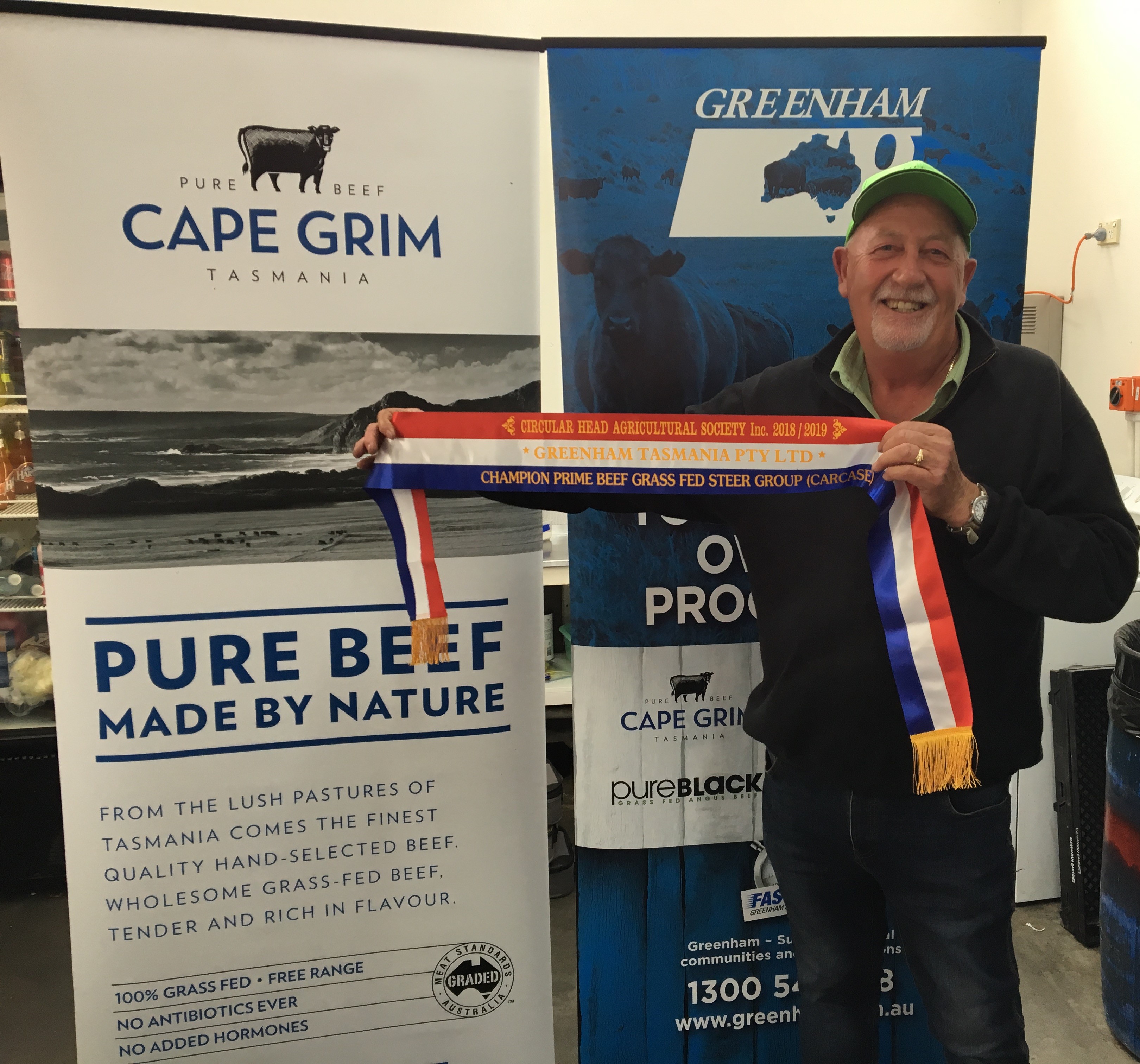 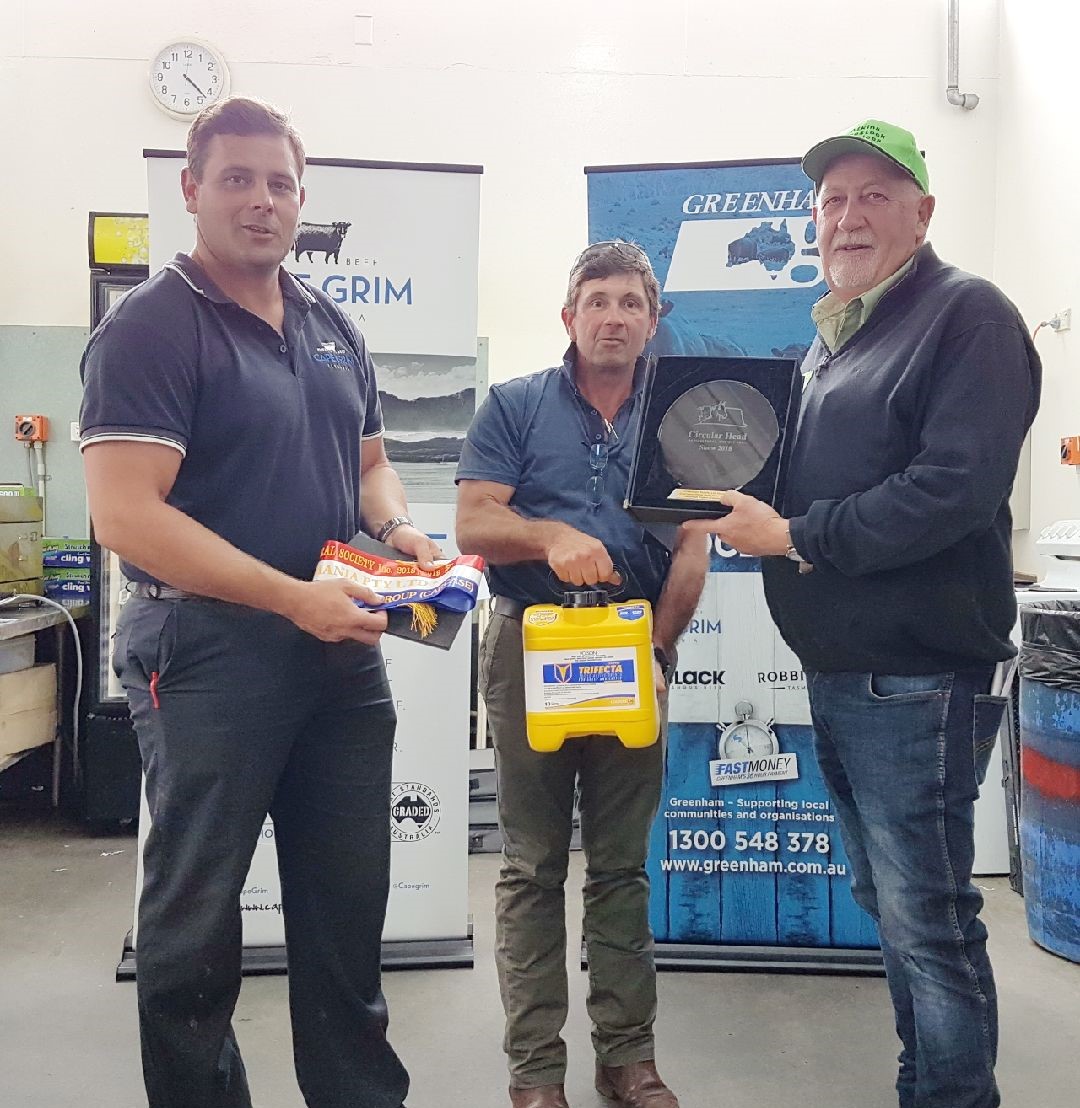 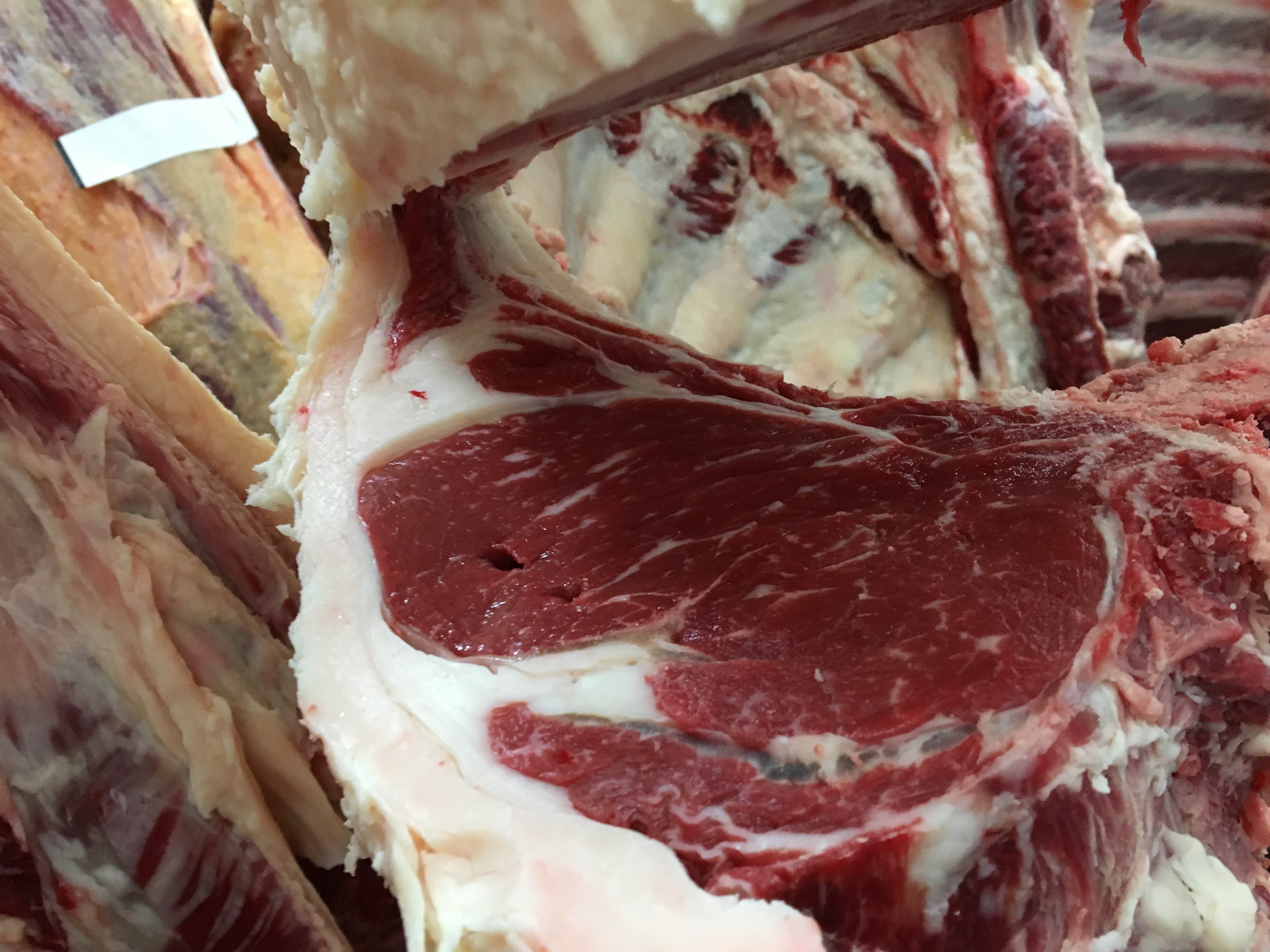