Southern beef producers will be able to put their genetics and management to the test with a new feedlot competition, the Southern Grainfed Carcase Classic, set to be run early next year.

It is an initiative of the Southern Grassfed Carcase Classic committee, which runs the nation’s largest grassfed beef competition at Teys’ Naracoorte abattoir each year.

SGCC chairman Ben Glatz said the hugely successful grassfed competition would continue, but the committee was keen to ensure producers that targeted the feeder market could also receive valuable feedback.

Expressions of interest are being sought for pens of 10 British breed or European/British breed steers, milk and two-tooth, HGP-free for mid-January entry to Teys Australia’s Charlton feedlot.

Teys will buy the steers on entry to the 20,000-head-capacity feedlot.

The 300-kilogram to 500kg cattle, which must be weaned and pre-vaccinated with BovilisMH + IBR, will be fed for 100 days before being processed at Naracoorte.

Entrants may be able enter multiple teams, depending on numbers, with a central delivery point and freight subsidies to the Vic feedlot also likely.

The teams will be judged on their feedlot performance, live specification compliance and carcase grading for eating quality and lean meat yield traits.

When all is said and done, beef is produced for human consumption and needs to be conceived, raised and managed with a target end-point in mind. – Ben Glatz, SGCC chairman

Mr Glatz says the South East and western Vic are renowned for producing some of the nation’s highest eating quality grassfed beef, but are also significant breeding and backgrounding areas for feeder cattle.

“It is a great opportunity for weaner producers to enter a team of their own steers and assess their feedlot performance, feedlot health and extensive carcase feedback in comparison to other entrants,” he said.

He says the competition will be equally useful for backgrounders with procurement, management and preparation for feedlot delivery, along with eventual carcase characteristics – all factors that must be optimised in profitable backgrounding businesses.

“When all is said and done, beef is produced for human consumption and needs to be conceived, raised and managed with a target end-point in mind,” he said.

“Eating quality and consistency are paramount.”

Teys feedlots general manager Grant Garey is encouraging producers to put forward their feeder steers and says producers will get access to “industry-leading feedback” on how their steers have performed.

The new grainfed competition will also support the Royal Flying Doctor Service, adding to the tens of thousands of dollars that the grassfed competition has raised through the years.

“On any given day the RFDS will airlift 15 South Australians – at least two patients from the South East every day – for lifesaving or specialist medical treatment when they need it most,” he said.

“The RFDS relies on bequests, sponsorships and donations to meet the shortfall in our operational funding and to purchase our ‘flying intensive care units’ – at a cost of more than $7 million each – so the support we receive from all corners of the community literally keeps the RFDS flying.”

A field day will be held at the feedlot for entrants to see the progress of their cattle. 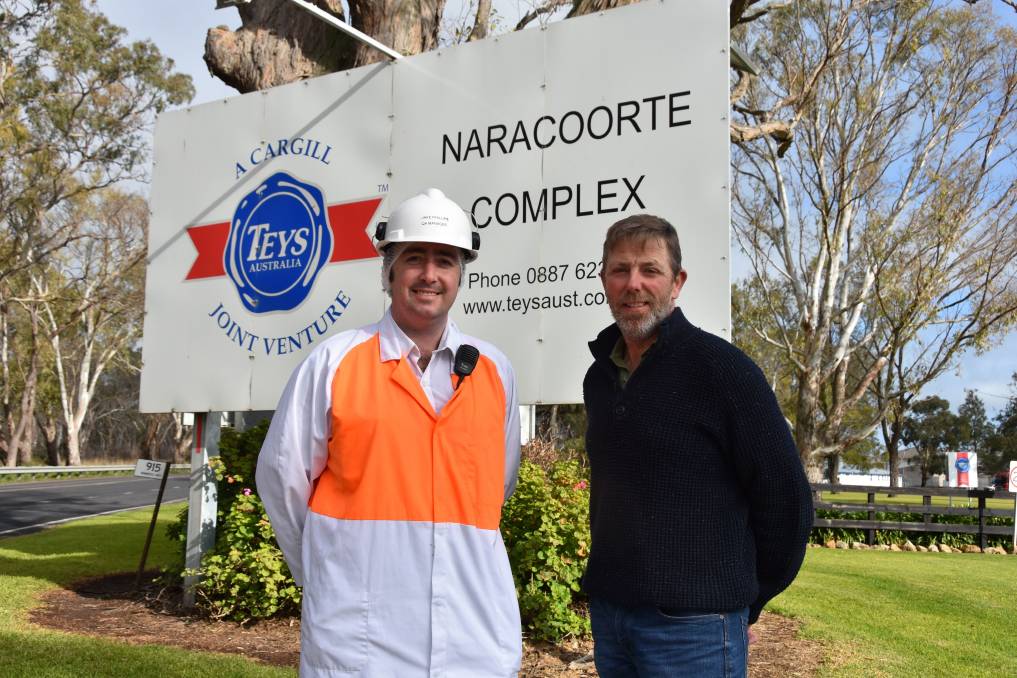