You would have to travel a long way to find more passionate Murray Grey fans than Anne and Ian Burnside.

As stalwarts of the Murray Grey breed for the past 42 years, their involvement has provided Anne and Ian with great memories and wonderful friendships.

The Burnsides operate Cratloe Murray Greys at Sunbury, outside Melbourne, and have donated their time and their stock for the betterment of their beloved breed.

Members of the Society since 1977, the Burnsides have been strong supporters of both the National Show and Sale for more than 40 years, and in more recent years, the National Junior Stock Show.

“We love to support the kids, as they are our future,” Anne said.

“The Murray Grey Society are to be commended for their development of the Junior Stock Show, and we have supported them in any way we can,” she said.

This year, the Burnsides have donated a 12 month old heifer, Cratloe Gay, out of Cratloe J66, by Cullenya Houston P3, which is currently being prepared and will be auctioned at the Junior Stock Show at the Nationals in April, with all proceeds going to the Murray Grey Youth Committee.

The Burnsides are also taking a team of five to this year’s National Show and Sale at Wodonga, having exhibited broad ribbon winners and topped the sale on more than one occasion in recent years.

In 2016, their 13 month old unjoined heifer, Cratloe Linda L17, (Champion unled female) topped the female draft at the Nationals selling for $8000, while another Cratloe Linda female fetched the top cow and calf price of $6500, that same year.

Currently running 60 Murray Grey breeders on their 121 hectare property, “Goondannah”, the Burnsides this year will send one bull, a cow and calf and three heifers – two of them led, to the Nationals.

Their association with the breed goes back a long way.

“We got into Murray Greys back in 1975 when we bought our first cattle from Cadella Park. They were in calf to a purebred Murray Grey bull, with a Murray Grey calf at foot, and we have just bred up from there,” Anne said.

“When starting out we also purchased cattle from dispersal sales of both Merrindal and Mandara Murray Grey studs.”

In the past, the Burnside’s have purchased purebred bulls from renowned Tasmanian stud, Woodbourn, as well as more recently buying bulls from Lindsay, Cullenya, Essar, and Onwards studs, not to mention being regular buyers at the Nationals over the years.

“Ian has always been keen on buying bulls at the Nationals, as it’s great for comparisons,” Anne said.

Back in the early 1970’s, Anne said there was great excitement surrounding Murray Grey cattle.

“There was much enthusiasm and great interest in the breed. Murray Greys were incredibly popular, as they were, and still are, superior beef animals,” she said.

“We were part of the Melbourne breed promotion group and made some wonderful friends during that time.”

The Burnsides built up their stud herd to 80 head at one stage, and dipped their toes into showing their cattle in the early 1990’s.

With five children, Anne said she didn’t play much of a role in the cattle side of things until the children were a bit older.

“Ian came to me one day and said there was a lovely bull that I could show, Cratloe Leonard, who went on to become very well known around the show circuit,” Anne said.

“He was our first show bull – an absolute pet – he was so quiet that children would sit on him and have their photos taken at shows,” she said.

“However, it was really tough going, as I knew nothing about showing cattle, and there were none of these fantastic schools that are around nowadays.

“My first show was the Melbourne Royal in 1991, and Leonard placed second in his class, from 13 entries – we were very pleased with him. He went on to win Senior Champion bull at the Adelaide Royal Show in 1992.”

The Burnsides went on to experience some success in the show ring with their cattle, winning Senior Champion Cow at the Melbourne Royal Show in 1997, and in 2005 exhibiting the Junior Champion Bull.

It was, however, at the Adelaide Show in 1992, that the Burnsides would meet Lois and Jodie Harvey of Lindsay Murray Grey stud – one of the largest in South Australia at the time.

“They were very helpful to me, and encouraged me to start preparing and showing carcases,” Anne said.

“I really enjoyed the challenge of carcase competitions and managed to achieve success at Packenham and Lancefield with my purebred Murray Grey steers,” she said.

As great believers in Murray Greys, the Burnsides loved promoting the breed wherever they could.

Heavily involved in the Stock and Land Beef Week in Victoria for around 25 years, Anne and Ian only stopped taking part about five years ago.

“We just loved showing off our Murray Greys and it was a great avenue for selling our cattle, but we are easing down a bit these days, and we are lucky our son, Cameron, works on the farm helping us out,” Anne said.

The Burnsides have always aimed to produce premium quality cattle.

“We aim to produce good framed cows that are well balanced with great confirmation and good feet, but most importantly, good temperament,” Anne said.

“We really just love our Murray Greys – it’s a lifestyle for us. As soon as we get home from holidays the first thing we do is check on our beloved cows.” 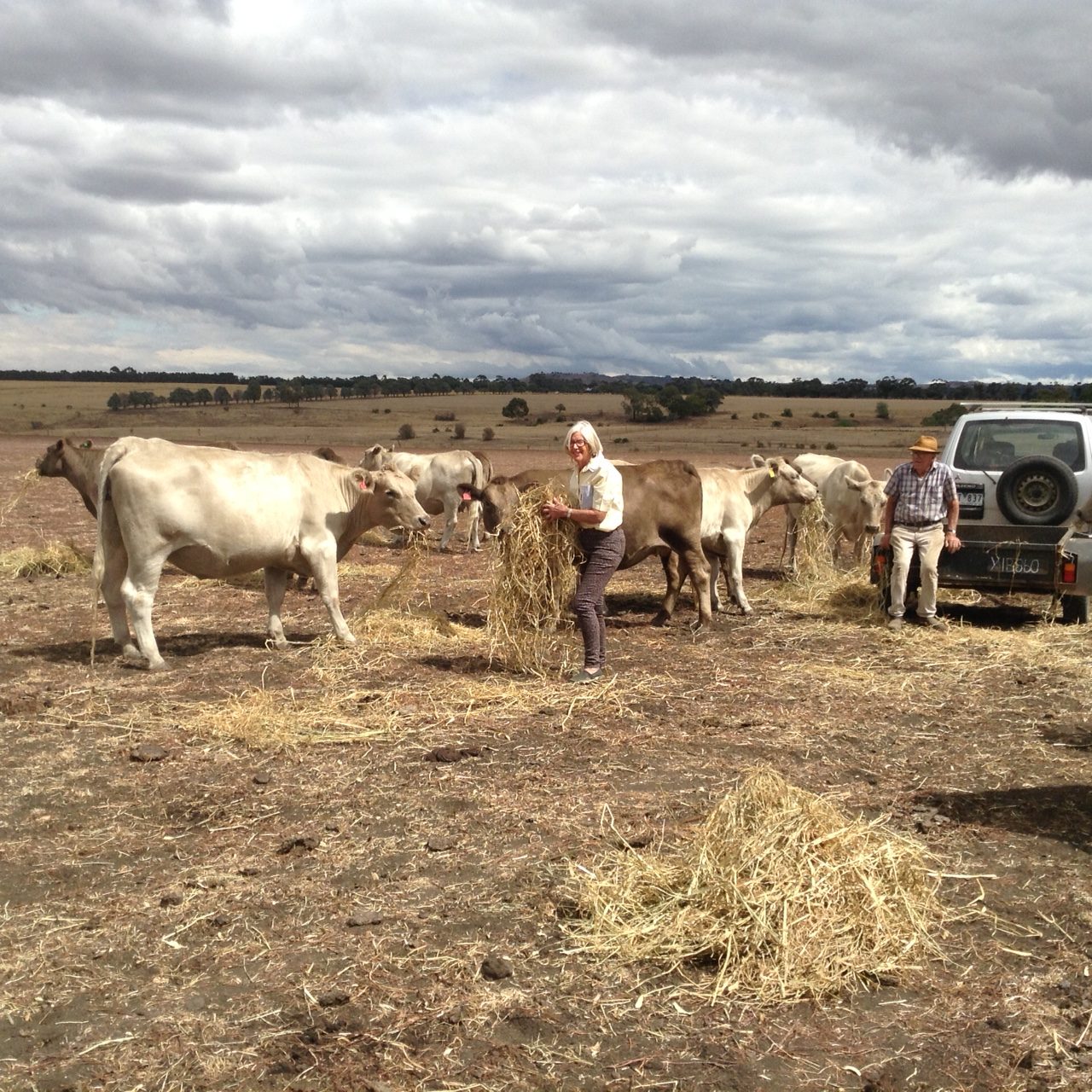 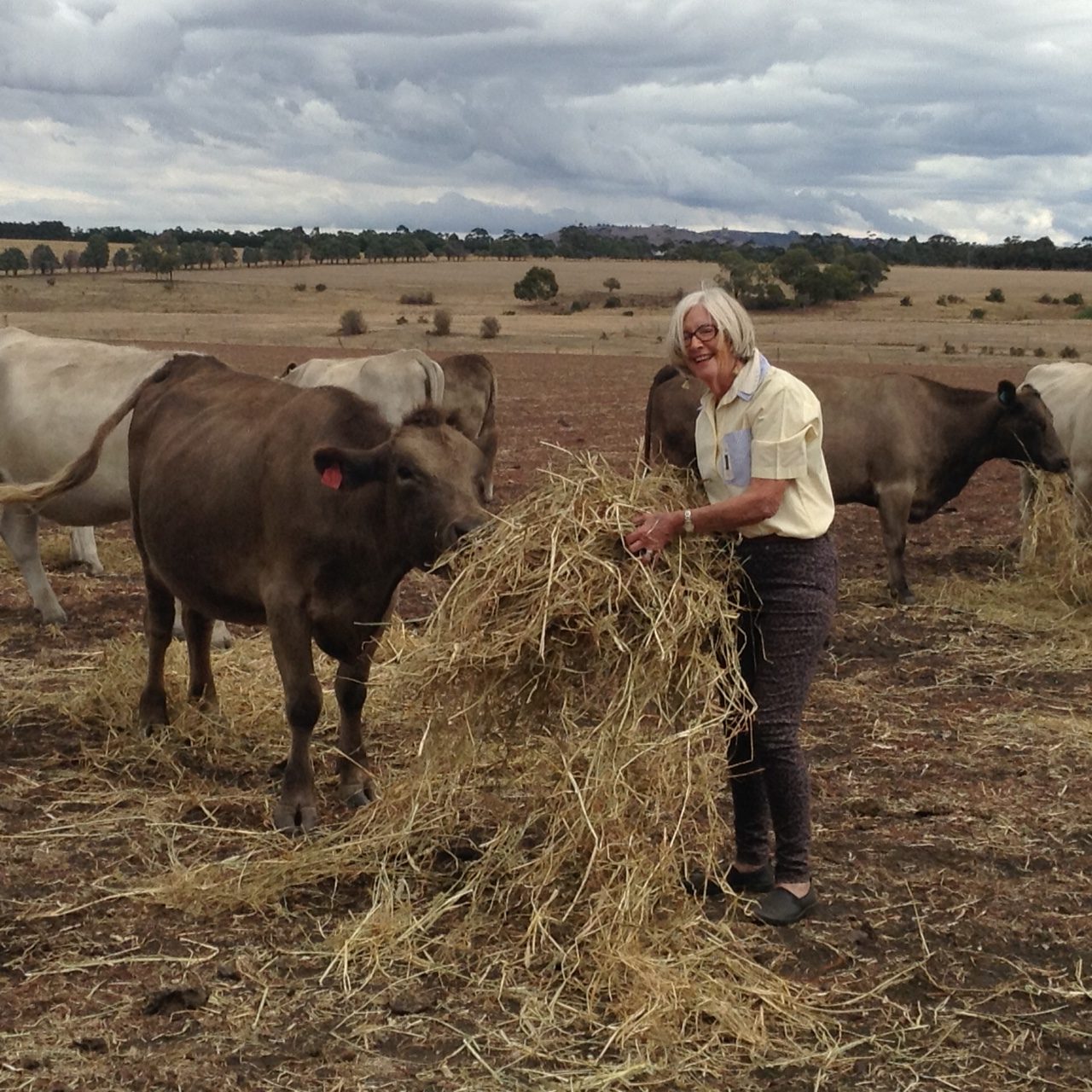 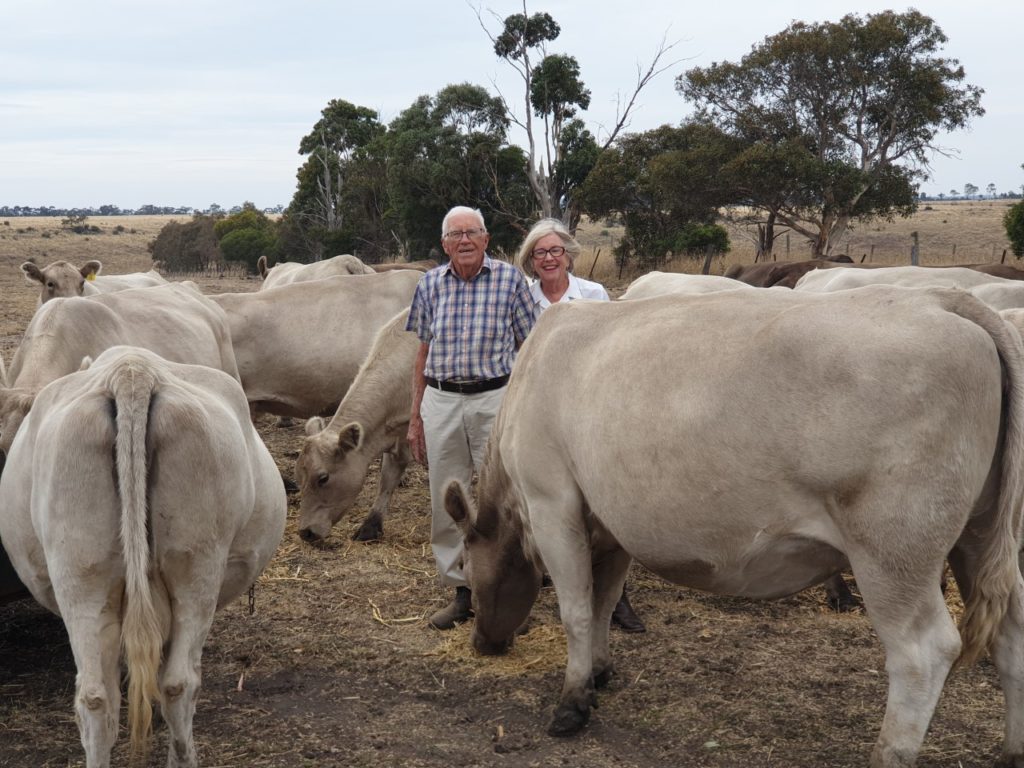