By Stephen Burns
Courtesy The Land

An eight-year-old cow with heifer calf was judged supreme exhibit at the Achmea 53rd Murray Grey National Show and Sale at Wodonga by Andrew Green, Euroa, Victoria and his associate Caitlin Porter, Merriwa.

Speaking at the conclusion of the show, Mr Green said the quality on parade was really good.

“There are cattle here with great structure and some are real herd improvers and we need to be mindful we need to keep carcass shape,” he said.

Graduating from the class born between March 2011 and March 2012 in which three matrons were paraded, Arki Kate G23 went on to be judged champion led female.

The daughter of Elywarra Sands Caretaker and her heifer calf by Arki Mighty Boy was considered by Mr Green to have all the maternal traits and carcass attributes for the Murray Grey breed.

“She is a terrific cow, the complete package and at eight years she is still doing a great job for her calf,” he said.

“She has enormous capacity, great depth and softness which is essential if the beef industry and the Murray Grey breed is to continue to produce quality beef through tough seasons.”

Mr Green was very happy with the bull, and said he was a good all round bull, a herd improver type.

“He has balance, depth and the carcass attributes we are looking for,” he said.

Breeder Joanna Carr was ecstatic about their success and also thought the bull had great structure, very good legs and well balanced.

Mr Green said he was taken by the completeness of the champion for such a young heifer.

Mr Whale was take with his bull’s muscle pattern with impressive estimated breeding values of 142 sq cm EMA and 7 for rib fat and 9 for rib cover.

The reserve was Onward Norman shown by Sue Francis, Dorrigo. 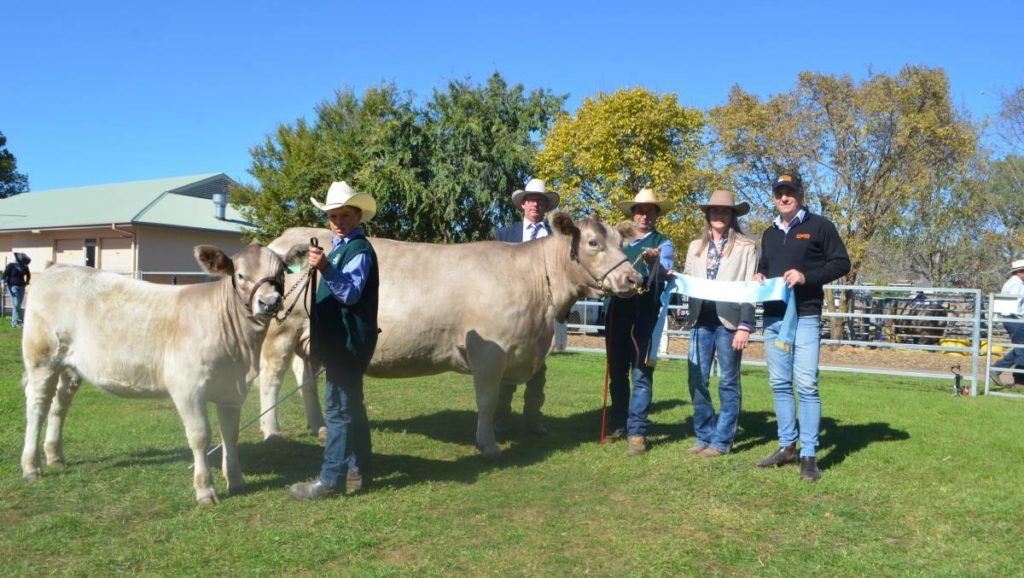 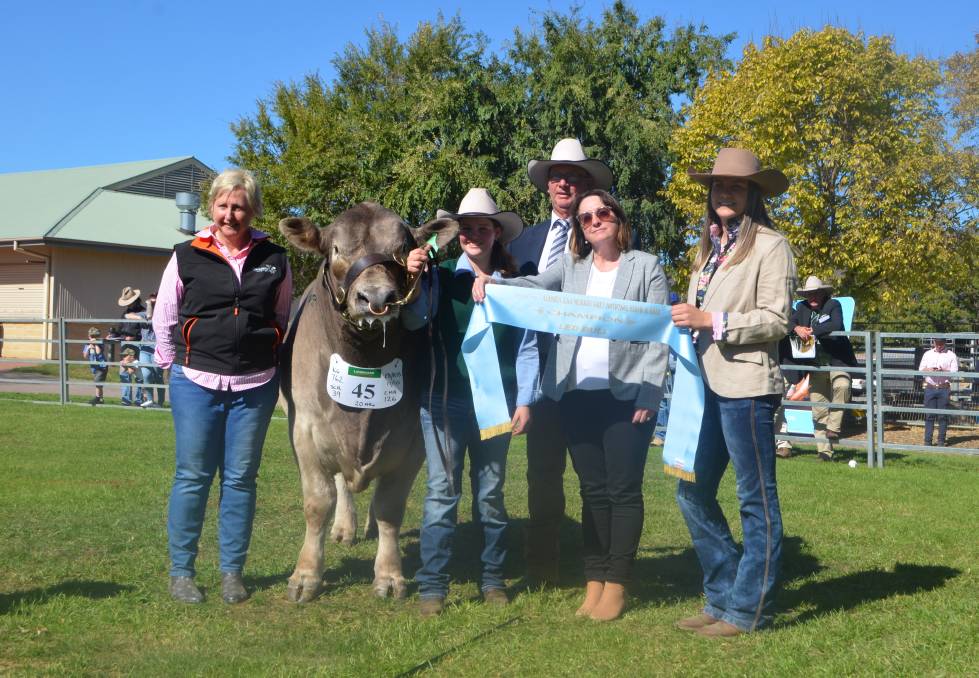