A great love of cattle runs in family

The Pemberton mother of seven-year-old son Jensen Harris leads a busy life and cattle are her vested interest and distraction.

She’s always been interested in cattle and was brought up on a potato and beef property in Pemberton.

After being involved with the Murray Grey breed for more than 10 years, the opportunity came for her own stud and Benview was formed as a hobby and business opportunity for her son.

“Jensen is taking a good liking to the cows, he loves checking on them and helping out, asking what their names are, and he has recently featured in Little Farmers Book, compiled by photographer Kim Storey,” she said.

“I am anticipating he will be involved in the national Murray Grey Youth Program when he comes of age.”

Ms Bendotti will donate Benview Bella to the program this year.

“The heifer will be halter broken and prepared by Prairie Falls Murray Greys stud principal Crystal Bell, of Victoria, before being shown and offered for sale at the Murray Grey National Show and Sale at Wodonga, Victoria, in April,” Ms Bendotti said.

“We are hoping the heifer is judged for its merits and sells well with all the auction proceeds going to the youth program.”

“I am optimistic about Murray Greys, they produce great meat quality, and are ideally suited for our environment,” she said.

“Of high importance to me is docility, working in the yards on my own, and with Jensen being around them, I want animals that I can trust and the Murray Greys are just that.” 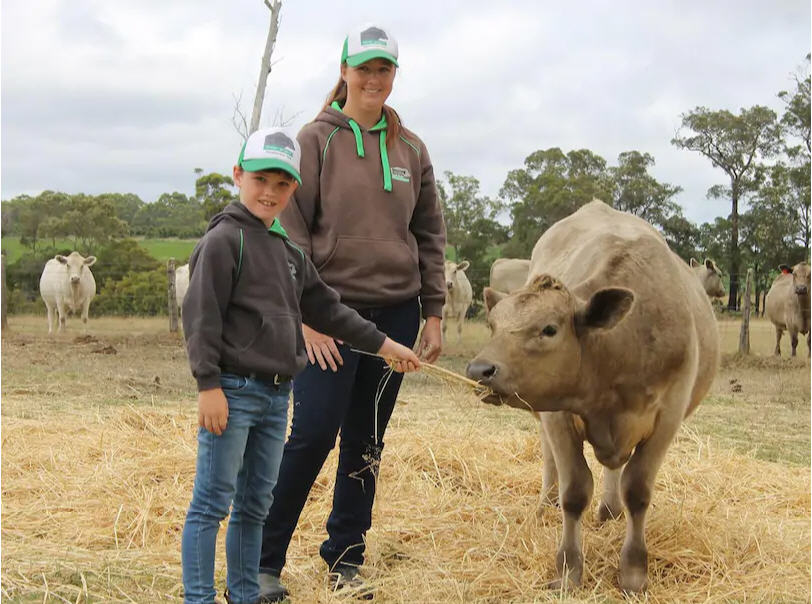