BEFORE she even celebrates her 18th birthday, Kareena Dawson has bred a champion bull that has won a national competition.

Kareena was honoured to be part of the event, and grateful for the exposure her win will have for her cattle.

The Armidale, NSW, teenager formed Tintara Murray Greys when she was 15. She has built up the small business to run about 28 head.

She was all set to take her champion, Pedro, to the Sydney Royal Easter Show this year, which was cancelled due to coronavirus.

It would have been her first time heading to the show to compete with her own cattle.

“He’s for sale in July at the Top of the Range Murray Grey Sale this year,” she said.

“I had a few people inquiring about him, who told me they wanted to see him at a show. They would have been at Sydney to look at him.”

Kareena says Tintara Pedro P12 is the kind of bull that gets compliments everywhere she takes him.

She’s extremely proud of him.

“He’s very smooth and consistent right throughout his body,” she said.

“The judges always make comments on his scrotal size, which is to do with his fertility, and the way he presents at a show, they say he catches people’s eyes.”

His sire is Burnett Downs Kenworth K13 and the dam is Rogilla Park Aletta G34.

Although she was disheartened Sydney was called off, Kareena said the online competition provided a new platform to promote her stock.

“I go to Tocal Agricultural College,” she said.

“My parents sent me a message and said there was an online competition that would replace the Sydney Show.

“It was pretty easy to pick a photo, he’s very photogenic. It was just about finding the shot that showed his full potential.”

Kareena’s background in the cattle industry is varied.

Her parents once ran APR Angus, and she loved showing cattle for her high school’s Devon stud.

She also worked for different studs, and learnt tricks and tips from the best.

“I convinced my parents it was a good idea for me to start breeding Murray Greys,” she said.

Kareena opted for that breed for their “overall doing ability” and quiet nature. 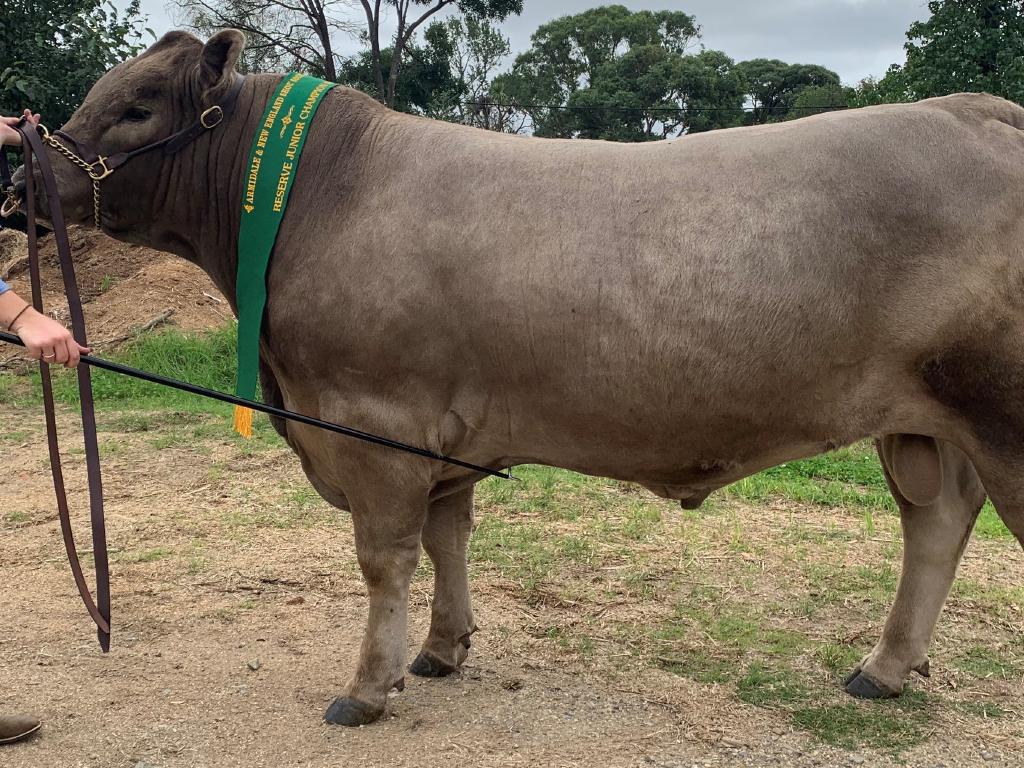