Lew Smit, a pioneer of the modern beef industry

Lew had farming in his genes and gained much cattle knowledge from his father who was the second person to bring Murray Grey breeding cattle into WA in 1963 from Mervyn Gadd at Wodonga, Victoria.

In 1974, shortly after his father Peter died, Lew and his now-late wife Rowan — along with Lew’s mother, Anne — moved from Keysbrook to Kojonup, where Lew dedicated his services to the national Murray Grey Beef Cattle Society.

During more than 50 years of breeding stud cattle, Mr Smit was involved with and chaired numerous organisations associated with the industry.

He influenced the national herd through his dedication to the application of research and technology to breeding beef cattle.

Seeking a higher rainfall area for breeding stock, the family sold ‘Annadale’ and moved to a partly developed property in the Keysbrook area in the mid to late 1960s. In 1974 Lew and wife Rowan (deceased) with their sons Peter and Adrian, sought a larger area of land with better soil types, finally choosing a property at Kojonup. Lew was a highly regarded cattleman and as a result of the family’s stud cattle success, he was held in high esteem across the Australian cattle fraternity. He was always looking for the best way to improve his cattle – a trait he pursued all his life, using AI to broaden the genetic base and choosing very carefully which bulls to use.

As a result of his approach of continual improvement, the family’s Angus and Murray Grey studs obtained numerous State and national records. Auction sales of bulls and females for the studs started at the Knutsford Selling Centre, Kojonup, in 1978, with four other Murray Grey and Angus breeders continuing at that venue with other breeders until 2007.

Sales continued onfarm at Koojan Hills for the Angus stud until his final sale at the helm of the stud in 2016, after it was announced in late 2015 the stud had been sold to the Metcalfe family, Manypeaks.

So highly regarded was the Koojan Hills Angus stud, the Metcalfe family described the family’s chance to purchase the stud as a “once-in-a-lifetime opportunity”. The Smits sold the Koojan Hill Murray Grey stud in 1994 to Karridale stud cattle breeders Cliff and Penny Owen and son Sam.

He also served both societies as treasurer, each for four years.

Lew’s dedication to both breed societies was recognised with him being awarded honorary life membership awards from the Murray Grey Society in 1987 and Angus Society in 2008. 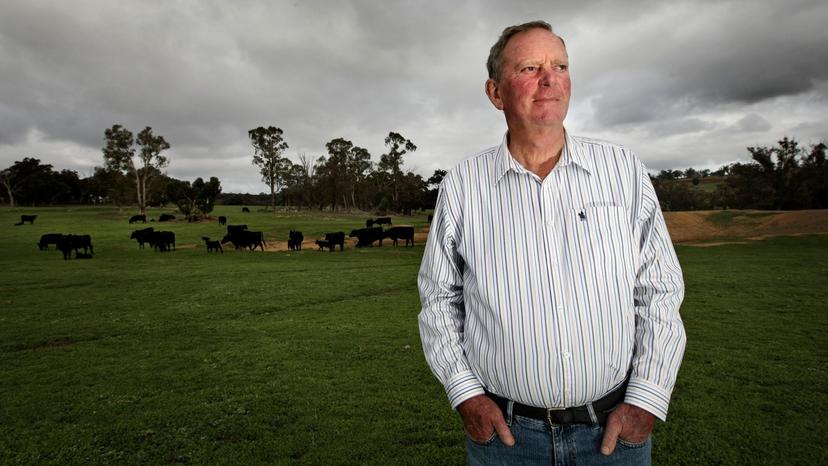