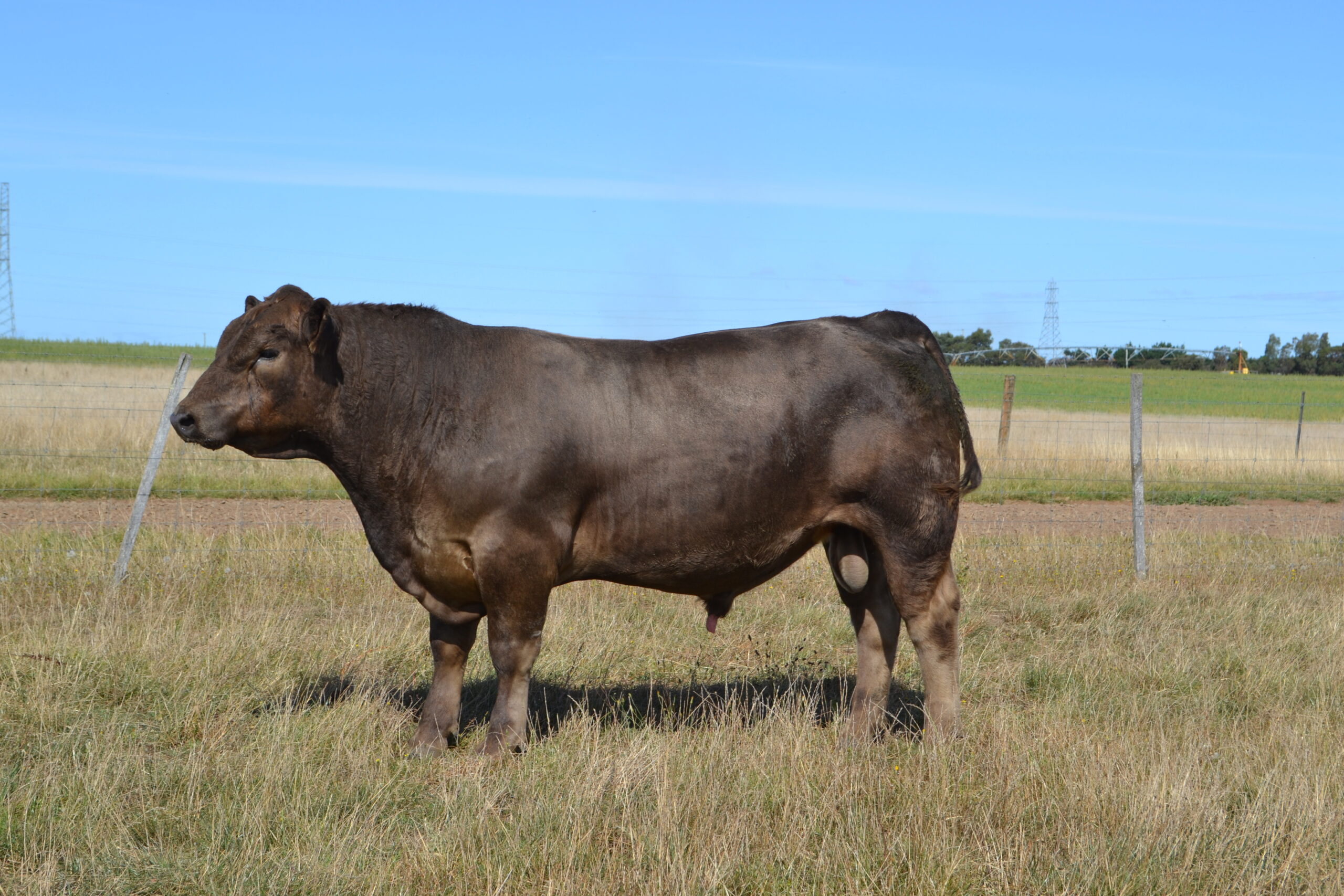 A large crowd turned out for the Wallace family’s 42nd on farm sale, which was also interfaced with AuctionsPlus.

Charles Wallace said they were thrilled with the sale results.

“We had increased the number of bulls by seven this year to try and make sure everyone who wanted one could get one. The number of repeat buyers here again is very good to see because it means they’re happy to come back and buy Woodbourn bulls year after year.”

The top priced bull was lot six, Woodbourn Quaker Q98 which sold for $22,000 to Craig and Jacinta Grant from the Lindsay Murray Grey stud from Coalraine in Victoria.

The bull was bought for the stud by Nutrien agent Tim Woodham who attended the sale.

Mr Woodham said the bull’s exceptional Breedplan figures and physical traits, including plenty of thickness, were exactly what the Lindsay Stud was looking for.

Another long-term buyer at Woodbourn is Chris Hines from Hamilton in Victoria whose family has been breeding Murray Greys since the late 1950s.

“We look for higher index bulls that are a really good type,” he said.

A selection 11 registered mature females, which included cows and calves were also offered this year, which made a top price of $9500 and averaged $7045.

Major buyers at the sale this year were RD Paton from Cawood at Ouse who bought four bulls to a top of $11,000.

Long-time Murray Grey breeders the Smith family from Gladstone bought one bull for $18,000, and three females, which topped at $9500.

Repeat buyers Peter and Evonne Bowling from Surprise Bay Pastoral on King Island also had a busy sale taking home four bulls to a top of $14,000.