All up a 100% clearance resulted in a $3,950 average for the Willawa team which is an excellent start to the selling season. 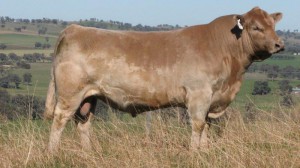 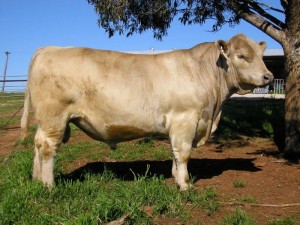 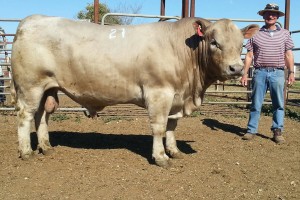 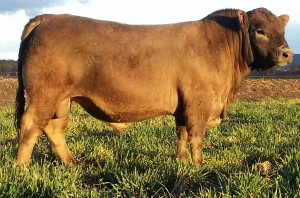 Spirited bidding by new and return clients showed increased confidence in Wallawong Murray Greys’ breeding program at the 17th Annual Carcase Quality Sale at ‘Marriot Park’ Gunnedah last Thursday 7th August. Several new milestones with the sale were achieved by principals Lachlan and Kate James who described the sale as “a great endorsement of our carcase quality focus”. 16 of 20 Bulls sold to a top of $7,000 and an average of $4500, reflecting the solid competition for lots throughout the sale. 8 registered heifers were also sold to a top of $1900.

Impressive weights and eye muscle areas combined with finishing ease appealed to both stud and commercial producers with registered bidders from Queensland, Victoria and throughout NSW.

The $7,000 top priced bull was Lot 21 Wallawong Waterboy, a 750kg son of the 2012 top priced $13,000 bull Wallawong Unbelievable. Described as “unsurpassed for carcase proportion”, he combined outstanding eye muscle area, sleek coat and hindquarter capacity and was purchased by repeat buyer David Schouten, ‘Calala’ Gravesend. Waterboy had an EMA EBV in the top 1% of the breed. His raw EMA scan was 129 cm2with fat scans of 8mm and 6 mm on rump and rib. Mr Schouten selected him specifically for his outstanding carcase traits that will fit into a 5 year plan he has to improve the carcase results of his cattle targeting domestic supermarkets.

The second top priced bull was Lot 11 Wallawong Wall St who achieved $6500. By Wallawong Ultramodern out of Wallawong Esmeralda 20th, 780kg Wall St combined outstanding depth of body and hindquarter with top 15% growth EBVS and an EMA EBV also in the top 1% of the breed . He possessed a raw EMA scan of 123cm2 and fat measurements of 9mm and 6mm on rump and rib. New Wallawong clients the McRae family of Dajory Murray Greys, purchased the bull for their stud operation near Shepparton, Victoria. Carolyne and Josh McRae travelled up for the sale, also purchasing lot 4 for $5500 for stud duties.

After purchasing three bulls at the 2013 Wallawong Sale, return client EM Fraser Bourne and Sons picked up another three bulls for their operation near Barcaldine in Queensland for an average of $4000.

Wallawong stud principal Lachlan James said: “It was a great result. What was impressive is the support shown by our repeat commercial clients and the level of new interest this year.

75% of bull buyers were return customers and that’s a real endorsement to the quality of cattle we are producing and client service we strive for.”

“Murray Greys are going from strength to strength and people are willing to invest in the best genetics with the right balance of carcase shape and quality.”  Mr James added.

The registered heifers were purchased by a mix of stud and commercial buyers seeking quality females for their respective operations. Local commercial breeder Ben Tongue, Loomberah, selected Bundaleer Lolita H82 for $1900 and Bundaleer Remembrance H66 for $1600 for his children to further their interest in registered cattle, while Alan Humphreys of Branxton took home two heifers and a bull for their new Kalyra stud operation. New buyer Keegan Jones purchased Wallawong Miss Impressive H21 for his commercial livestock operation near Gunnedah, NSW. Andrew and Sharon Gunn from Mundalola Murray Greys, also purchased two heifers to boost the numbers of their stud herd near Attunga, NSW.

Kate James also spoke to the crowd of her successful use of Wallawong Premium Beef at the Gunnedah Saleyards Canteen where patrons always enjoy eating high quality Murray Grey meat. 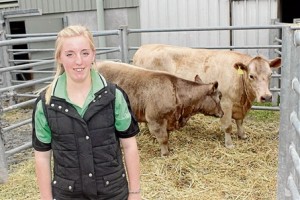 By Tyson Cattle
Courtesy The Land

A COW and calf unit stole the limelight at the 48th Murray Grey National Show and Sale at Wodonga, Victoria, last week, selling for an impressive $10,500.

By Murfield Zeus Z3 and from Kakadu Felicy N1 (a daughter of Orcadia Park Century), the rising four-year-old female had a heifer calf at foot by Nawarra Supermint EGK E2 and had been inseminated with Southern Cross Syndicate T915.

“I asked the owner, Annette Tenbroeke (Southern Cross Murray Greys), to send me a photo of the combo on Facebook a few days before the sale,” Ms Bell said.

“The cow and calf goes back to my grandfather’s stud Orcadia, and he passed away in August last year.”

She said once she knew that and saw photos of the cattle, she had to have them.

Ms Bell said she was keen on continuing the same bloodlines as her grandfather and was well on her way to establishing herself with 10-15 breeders already.

The unit was by far the top price at what was a tough national sale in the breed’s homeland, with the next best result being a bull, Dajory Hydraulic H87, at $6000.

The bull was in the top one per cent of the breed for 400- and 600-day weight estimated breeding values (EBVs) as well as for eye muscle area (EMA), scrotal size, and carcase weight.

Weighing 918 kilograms, Hydraulic had fat scans of 8 and 8 for rib and rump, with an EMA scan of 123 square centimetres.

“The figures really stood out for me,” Mr Lean said.

“The bull performed in the areas I need and wanted it to perform.

“It doesn’t have calving problems and it has really good growth.”

Mr Lean said the bull was a perfect fit for his 200 breeders.

He said producers were still hurting in the hip-pocket as most had big feed bills, particularly in NSW, while the timing of the sale also didn’t suit many of the West Australian buyers who had been prevalent at past sales.

“The market has turned around in the past six weeks, but we all took a hiding leading up to that and I think that is reflected in the prices in the bull sales,” he said.

“I think the top bulls didn’t sell strongly, but sold consistently. It is always tough at a multi-vendor sale when you have cattle from all levels to be marketed.”