The second year the premier sale has offer Commercial females, which we would like to grow even more next year with Cows and Calves/ Heifers- Mated or Unjoined. This year saw heifers with calves at foot selling for $1800.00 and unjoined heifers to $1500.00, to a volume buyer PR & V Ciblis of Holbrook NSW, who also went on to purchase a stud lot being lot 6. 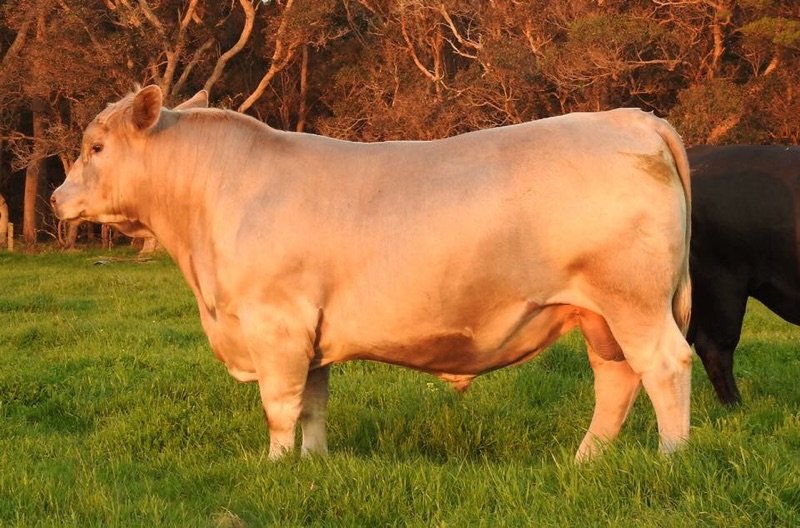 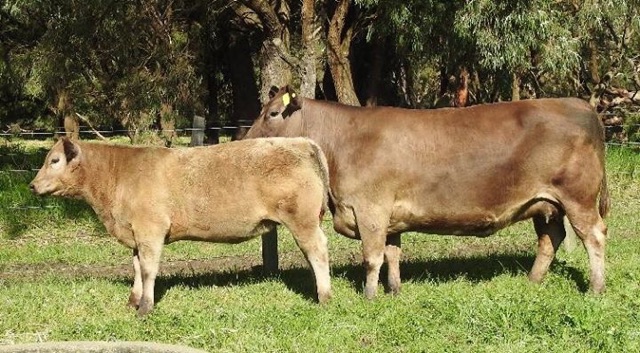 Green Triangle Annual 7th Sale goes up a gear where the bull average lifted more than $1500,                   vendors Geoff and Kate Buick, Arki stud, and Anthony and Denise Fabris, Beeamma stud, were rewarded for a great offering of well-muscled, easy-doing bulls with balanced Breedplan figures. A great mix of repeat and new clients being active buyers, a healthy 84 per cent clearance, 21 of 25 bulls averaged $5079.

A great sale having 3 bulls making $6000.00 of which two went to return clients being Lot 1 Beeamma Kyle K35 to Balnaves Pastorals, of Tantanoola, they snapped up a 29-month-old sired by Monterey Film Star F71. Another $6000 bull, Beeamma Lionel L10, sold to Geoff and Jill Gale, Monarto.

The sale kicked off with eight pens of commercial first-calvers, with day-old to five-week-old calves, displaying maternal attributes the breed is renowned for. Platinum Livestock’s Ben Dohnt, Strathalbyn, bought the top females from both studs at $2500 each, on behalf of new client Jalacase Investments, Mylor.  Females averaged $2235.00.

One of the largest crowds in the sale’s history was in attendance, including 34 registered bibbers. Elders stud stock manager Tony Wetherall said the competition was strong on the top end, but there were still plenty of opportunities, with six bulls making $4000. “The presentation and quality of the bulls was a credit to both studs,” he said. “The female sale was very strong, indicating people were prepared to pay for quality and the bull sale flowed on from there. 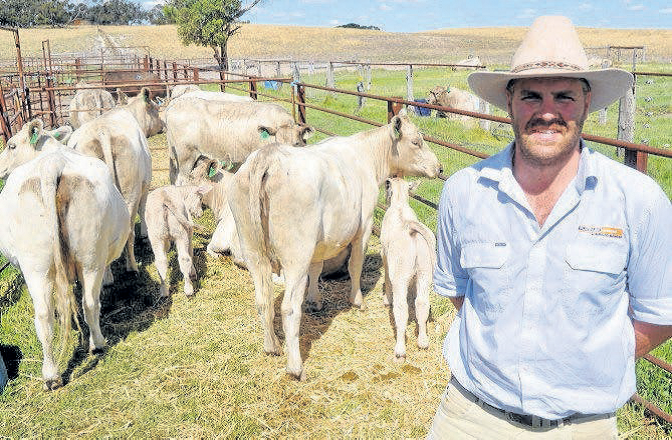 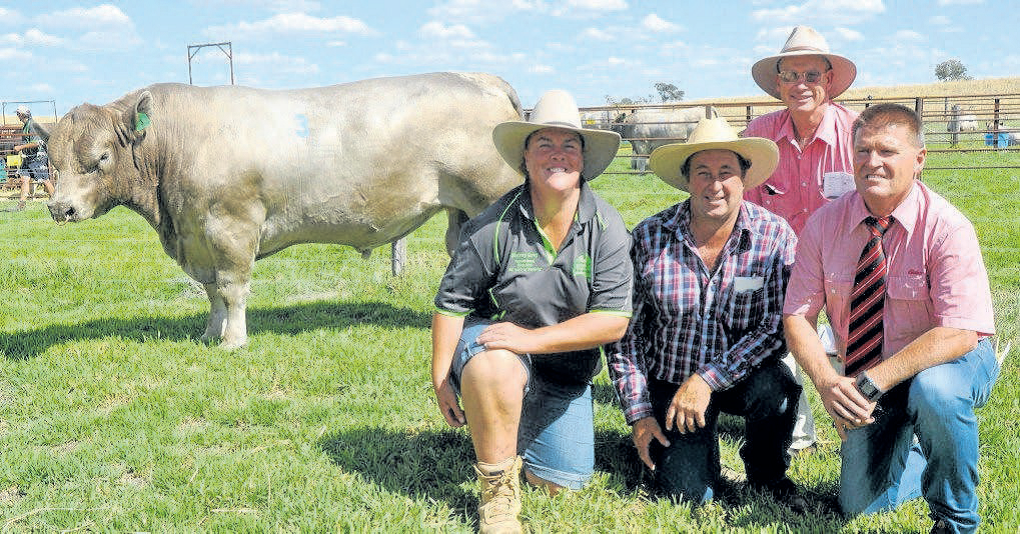 INTERSTATE buyers were in strong support of the Ayr Park 7th on-property sale at Woodstock September 7.

He weighed 588 kilograms, measured 38.5 centimeters in the scrotal circumference, seven millimeters and 5mm in the rump and rib fats, had an eye muscle area (EMA) of 96 centimeters squared and intramuscular fat (IMF) of 5.6pc.

Bowyer and Livermore, Bathurst, and Atkins Marketing Livestock and Property conducted the sale. 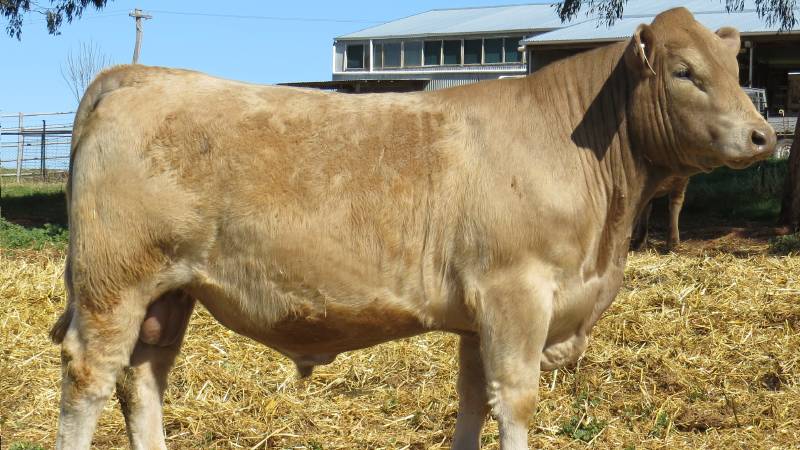 The stud improved its sale results across the board with its quality catalogue of Angus and Murray Grey bulls drawing widespread buying support from across the country.

While several buyers purchased multiple lots, most were single bull buyers topping up their sire requirements for the traditional winter joining season upon us.

The Buller family increased its sale numbers from last year with 59 bulls ranging from 18-28 months selected from its Karridale and Scott River properties.

Overall the Landmark and Elders selling teams cleared 54 Angus and Murray Grey bulls at auction (92 per cent) to average $6380.

This was a much-improved result in clearance with 16 more bulls sold and the average up $755 compared to last year’s sale where 38 of 54 bulls (70pc) sold under the hammer to average $5625.

This resulted in a significant $130,750 boost for the sale’s gross returns.

The line-up of 29 Angus bulls got the sale underway with a complete clearance leading to a $6690 average.

This marked a $416 increase in average and an additional eight bulls sold from last year where all 21 Angus bulls sold to average $6274.

The biggest improvement came from the Murray Grey line-up.

Landmark auctioneer Tiny Holly said overall it was a solid sale with a good clearance and prices achieved.

“There was a good range of bulls on offer to suit all requirements and buyers responded accordingly and bid strongly on the bulls best suited to their needs,” Mr Holly said.

“Buyers were selective in their purchases and prepared to pay good money for the top bulls which were well presented and exhibited good temperaments.

“In terms of the buying support it was widespread with buyers from as far away as the Northern Territory and Tasmania through to Albany and across the Nullarbor, showing the strength of the Monterey brand.”

Elders auctioneer Nathan King said there was good support right through the catalogue with multiple buyers operating on most bulls.

“There were 56 buyer registrations presale and this nearly matched the number of bulls on offer, so we knew there was good competition throughout and this was certainly the case,” Mr King said.

“While most buyers only purchased single lots, there was a couple of volume buyers in both the Angus and Murray Grey line-ups which kept the sale ticking along.

“Overall it was a solid sale and good bulls sold well to strong competition.

“I think some buyers certainly took the opportunity to top up their bull requirements closer to mating.

“And the rain in the last week and also the forecast for the coming days gave buyers some extra confidence in the market.”

While the Angus lineup took the sale’s average spoils, the Murray Greys regained top-priced honours with Monterey Lifeguard L143 selling to the Eastern States for $12,000.

These were highlighted by a top 5pc ranking in the breed for 200, 400 and 600-day weights, carcase weight (CW), mature cow weight (MCW) and all index values while its milk, scrotal size (SS) and IMF all finished in the top 10pc.

The 810kg son of Yamba Bonanza B32 and Monterey Magnolia B119 was born mid-September 2015 and also recorded strong growth and carcase EBVs.

Liberty ranked in the top 5pc for all weight intervals, MCW and CW to complement its top 15pc for calving ease and scanned 6.2 FS, 41cm SC and 119cm2 EMA.

Lancaster was an early August 2015 born bull by homebred parents Heathcliffe H93 and Magnolia F284 and displayed a strong balance of well above average EBVs.

Northcliffe graziers MG Armstrong were one of only a few multiple bull buyers at the sale paying $7000 and $8000 for two Murray Grey bulls.

The early-July 2015 born bull’s retail beef yield (RBY) ranked him in the top 5pc while most of its other recorded traits were firmly entrenched in the breed’s top 15 to 25pc.

Volume buyer in the Murray Grey lineup was Elders Goldfields representative Alan Browning who purchased four bulls from $4000 to $5500 on behalf of the Forrester family’s Kanandah station, Nullabor.

The team of Angus bulls led the sale and it wasn’t long before the $10,000 top price was set.

The 37kg birthweight mid-March 2015 drop bull was by veteran sire Vermont Duke E193 and out of Monterey Elated B48.

Mr Barrett said they thought Lethal Weapon was the pick of the catalogue.

“It was probably the best balanced bull in the sale with a bit of growth and quiet tempered,” he said.

“The bull will be used over the Telini family’s Angus cows and we will look to retain replacement females from his breeding.”

The $9500 second top Angus bull price was paid on a few occasions.

The purchase of seven Monterey Angus bulls paying from $7000 to $9500 continues the group’s recent Angus bull buying spree in WA.

Mr Galati said the operation was looking for some new Angus bloodlines to inject into its herd with the bulls heading to Newcastle Waters to be joined to Brahman cows.

“I was chasing some particular bloodlines for the operation and was also looking for bulls which would suit the station environment,” he said.

Nillup graziers DB Reid paid $9500 and $7000 for their two bulls purchased at the sale.

Other stronger prices paid in the Angus section include Mayfield Park Farms, Manjimup, parting with $9000 for lot three, Monterey Legion L35, which had been used in the Monterey stud.

Alec Williams, representing D & A Campbell, Karridale, was the only other multiple bull account that joined a long list of 18 single bull buyers. 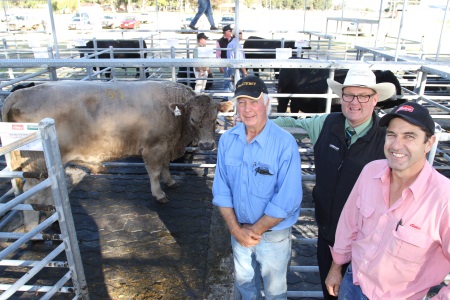 Second top priced bull at $10,500, was Lot 44 (MG) selling to Lindberg Farms, an 8000 acre commercial enterprise in the Karridale area.

Gary and Julie would like to thank all buyers, underbidders and all those who attended the sale. 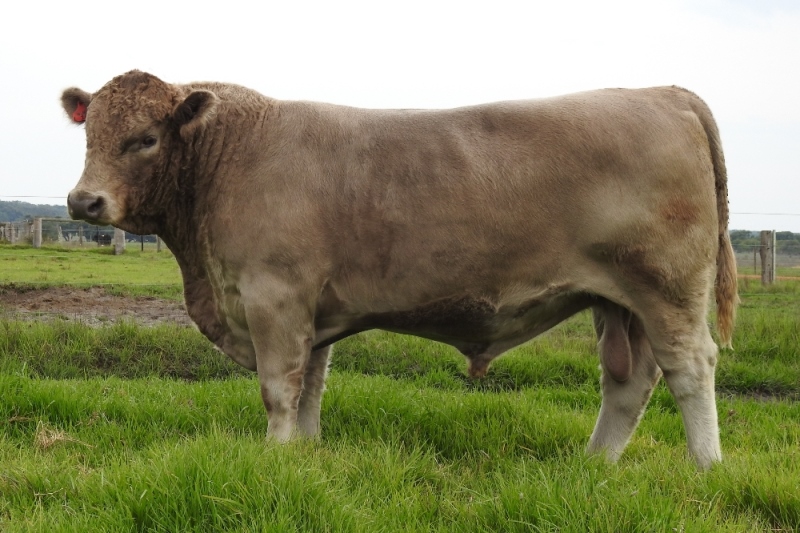 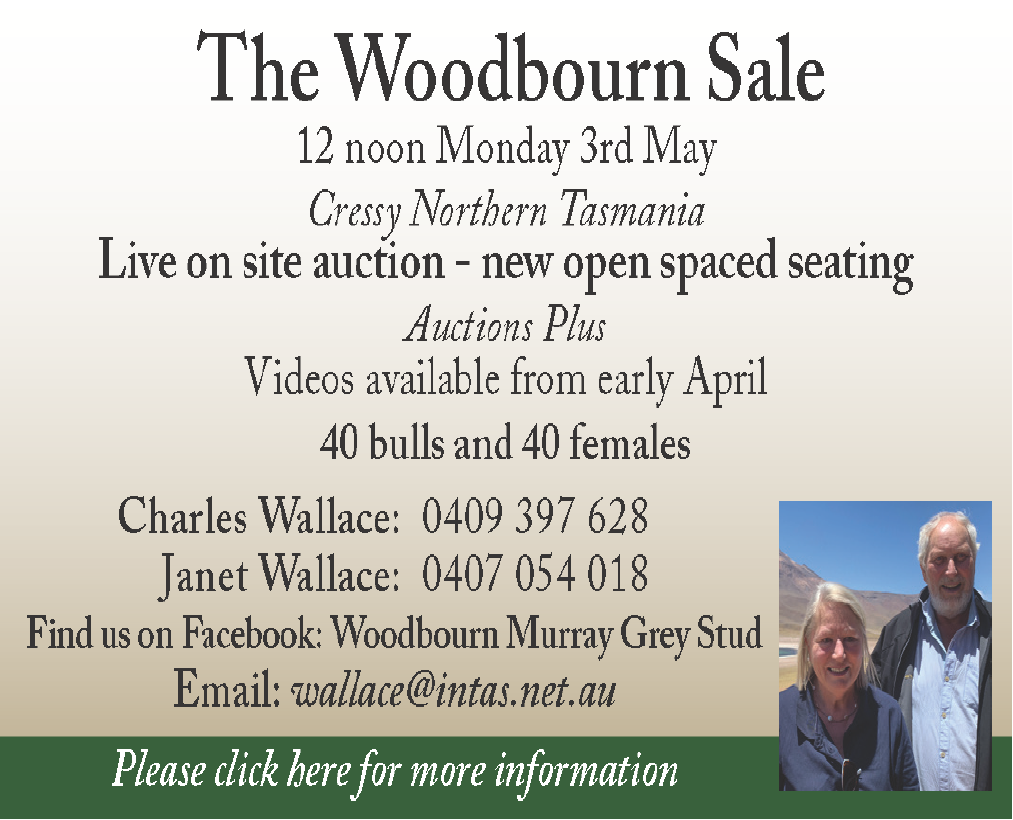