ONE of Australia’s most successful beef producers is looking to broaden its use of Murray Grey bulls in its breeding operation.

Paul Quigley, pastoral manager with S Kidman and Co, whose pastoral leases cover 101,000 square kilometres in three states and the Northern Territory, told the Queensland Country Life that the company was “thrilled” with the performance of Murray Greys in its breeding operation.

He said the company first started using the breed in a composite herd started about 10 to 12 years ago.

“They had attributes that we were chasing, fertility being the strong one but also ease of calving and carcase quality,” Mr Quigley said.

“Our first cross is a Murray Grey over a Tuli and then that cross goes over a Charbray.”

Mr Quigley said since the company took over the composite herd, it had bred its own Murray Grey bulls.

He said the bulls were generally crossed with Brahman females on the marginal country at Anna Creek Station, west of Lake Eyre, South Australia.

“We have been thrilled with the progeny of the cross,” Mr Quigley said.

“Anecdotally it appears that the Murray Grey does very well in dry country, so this year we are trying some of the bulls on our Kimberley properties and also the channel country in Queensland.”

While the Kidman cattle enterprise is one of the more prominent producers finding success with Murray Greys, others like Marion Cross, Bunaroo, Durong, are also pleased with the results.

“A nearby, major feedlot takes all of our Murray Grey cross steers and pays a premium as they perform so well on feed,” she said. 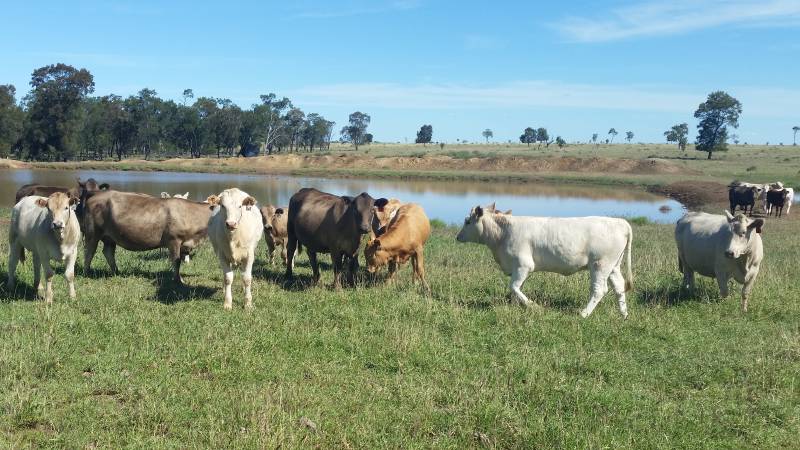