Murray Grey breeders from every jurisdiction in Australia except the Northern Territory converged on the Wodonga Exhibition Centre for the breed’s 50th National Show and Sale on Monday.

Some breeders carting cattle many hundreds of kilometers to boost the unled and led classes to about 70 entries from 23 exhibitors.

The 786-kilogram bull Onward Eagle K36 was sired by Ballyvaughan Gold Coast, which Onward’s principal Sue Francis said had been purchased in a partnership at the same national event three years before.

This winning bull with an eye muscle area of 113 square centimetres and fat measurements of 10mm and 10mm was later sold to Fielding Park Murray Greys, Cattle Creek, Queensland, for $6000.

Ms Francis said the bull was the first son to be sold of Ballyvaughan Gold Coast, which had passed on strong meat and carcase traits and an incredible temperament.

She said of the winning bull: “I like his length of body and skin and hair quality. He’s got soft, supple skin and the quality of that skin reflects the softness of the meat underneath.”

Judge John Manchee, Manchee Agriculture, Narrabri, NSW, said he was impressed by the bull’s balance, good top-line, muscle pattern and ease of movement, which indicated to him that the bull would grow and put on condition efficiently.

For the supreme title, the young sire beat an impressive two year-old cow Errowanbang Biddy K38 with her first calf, four weeks-old, at-foot. Gary Haines manages the stud at Carcoar, NSW, said the Biddy female line from which she came was among the top three in the stud. He said it was the first time they’d showed the winning February 2014-drop cow, which exemplified her female line’s femininity and good milking.

In awarding the female winner, Mr Manchee said: “She’s my type of female; she’s milking well for a first calver and has enough conformation and constitution for future breeding.”

In the unled classes, the supreme exhibit was awarded to a February 2014-drop bull, Wallawong Yale shown by Lachlan and Kate James, Wallawong stud, Gunnedah, NSW. The 898kg son of Wiltshire Crown Prince, has a square hindquarter and deep body, and was sold for $7500 to Jamoi P/L, Bundella, NSW.

He beat champion unled female, 13 month-old unjoined heifer Cratloe Linda L17, exhibited by Anne and Ian Burnside, Sunbury, that went on to be the top-priced female of the sale at $8000. 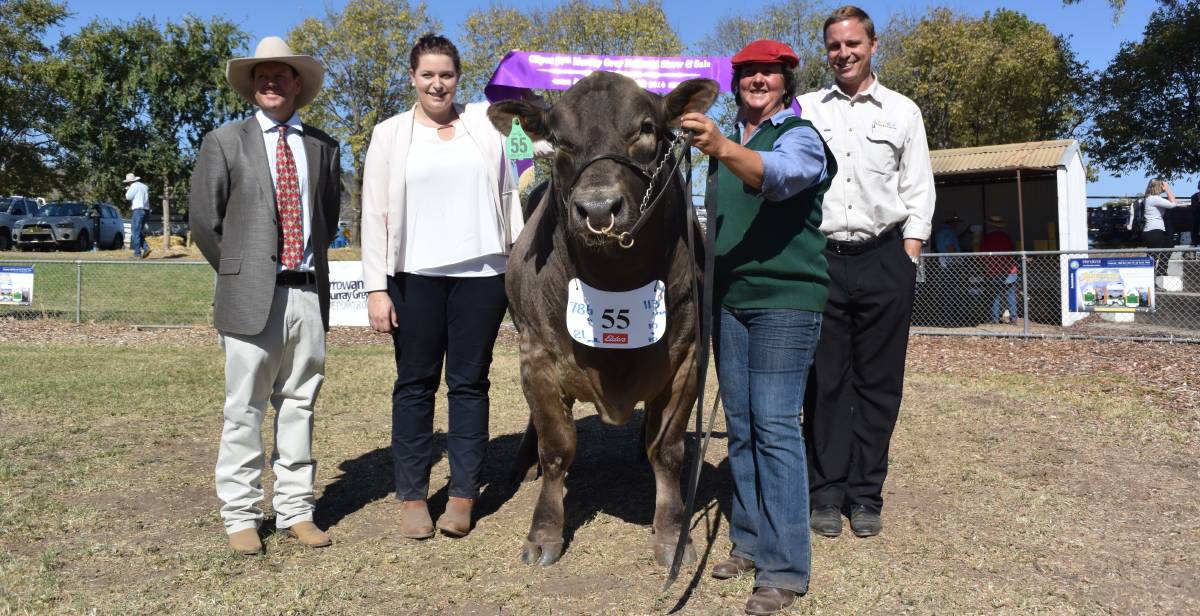 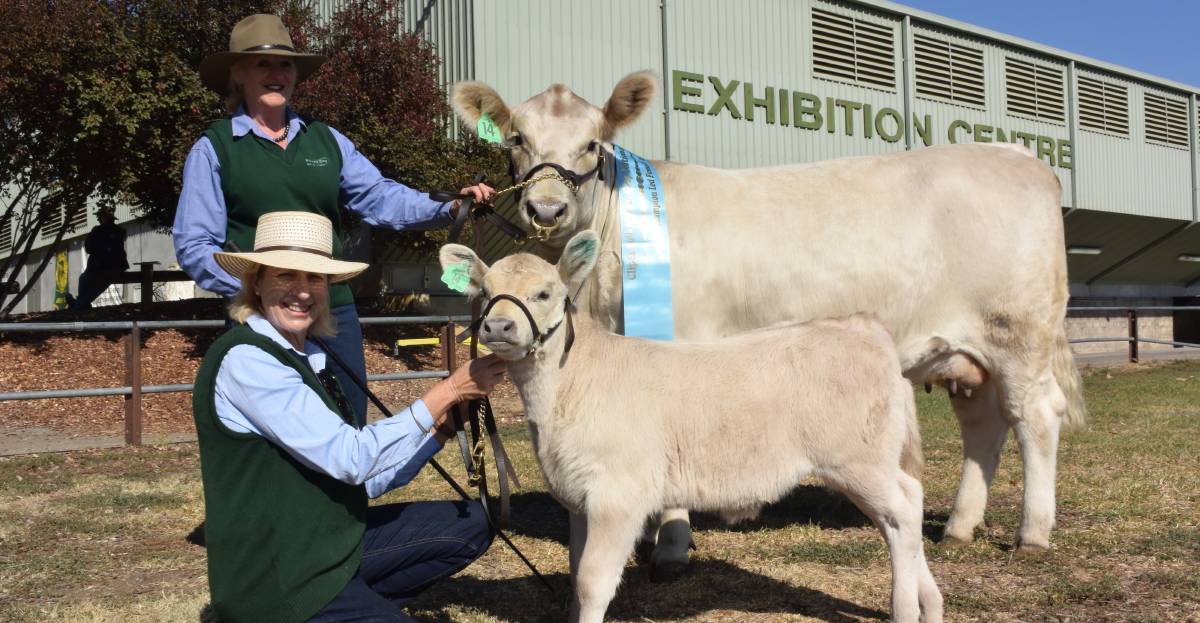